CTE and the Demands of the Moment 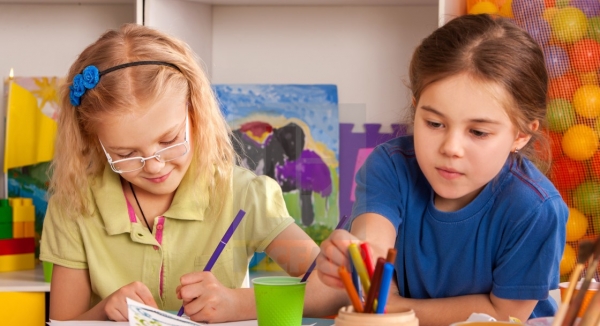 Modern career and technical education programs emphasize both college and career readiness—even during a pandemic.

Long before hand-washing PSAs flooded social media and public billboards during the Covid-19 pandemic, Karol Servellon was championing the cause. As a high school student at the Metropolitan Regional Career and Technical Center—a.k.a.

The Met—Servellon had an internship with an elementary school nurse near her campus in Providence, Rhode Island.

“I noticed how all the kids didn’t wash their hands right,” Servellon said. She decided to do something about that.

Students at The Met spend much of their time, at least one but often multiple days per week, in career-specific internships around the city. They are also required to present exhibition projects based on the field they are exploring. Servellon’s sophomore project for The Met was her hand-washing campaign, complete with videos, demonstrations, and activities at the elementary school. In her junior year, Servellon earned her nursing assistant certification (CNA).

“Ever since I was little, I wanted to be a nurse and help people,” she said. Hands-on work “makes me want to do more, and more, and much, much more.”

The Met—part of the Big Picture Learning network, which includes 75 districts, private, and charter schools in 25 states—exemplifies a growing trend in career and technical education (CTE). Marketed as first-choice rather than last-chance, these specialized vocational campuses offer internships and apprenticeships alongside coursework tailored to the post-secondary goals of each student, including those who want to attend competitive four-year universities.

The appeal of this flexible, relevant approach has been evident during the Covid-19 pandemic when vocational programs adopted almost as quickly as the professions themselves. The schools’ quick pivot demonstrated the relevance many students already saw in the programs.

As CTE has evolved, though, programs once designed to equip students from working-class backgrounds for blue-collar futures are now seeing demand from middle-class students seeking a competitive edge, raising questions about their mission and which students benefit most from CTE programs.

ON THE COLLEGE TRACK

Thirty years ago, if a student’s schedule included shop class or auto shop, the assumption might have been that it would not also include AP Chemistry, French III, or dual-credit calculus. The hands-on, book-free environs of vocational courses in middle and high schools suggested an alternative to scholastic pursuits, including college.

“The candidates who come to our school should not have to sacrifice academic rigour,” Fitzgerald said. In fact, to deliver on the school’s mission of preparing students for competitive job markets in Massachusetts and beyond, he explained, vocational training schools must also prepare them for college so that they have options if job markets change.

“There’s been a tremendous transition not necessarily recognized by those not affiliated with a vocational-technical school,” Fitzgerald said, “The sophistication, the demands made by industry for adaptability and transferability need to accompany the skill sets of the students.”

Massachusetts also requires vocational schools to meet state accountability standards. “We embrace that,” Fitzpatrick said. In 2019 Blackstone Valley scored better than 90 per cent of high schools in the state on accountability tests. It outperformed the state in almost every other measure as well—including college enrollment of graduates. That’s not a general trend among vocational schools: At most other Massachusetts CTE schools, between 40 and 60 per cent of graduating seniors went on to enrol in some post-secondary institution, below the state average of 72 per cent and Blackstone Valley’s 79.7 per cent.

Employers incentivize post-secondary education as well. Blackstone Valley’s industry partners regularly offer paid internships for students in high school and college, and some go on to hire those interns once they complete a degree or advanced industry certification. Some employers even agree to help pay for college, Fitzpatrick said.

Similar arrangements exist in San Antonio, Texas, home to the four Centers for Applied Science and Technology (CAST) schools—CAST Med, CAST STEM, CAST Tech, and Cast Lead. Each CAST school is aligned to a high demand local industry—CAST Lead, for example, has pathways to leadership and management positions in the retail, hospitality and tourism, and e-commerce industries—and is governed by one of the county’s public school districts.

In San Antonio Independent School District, which governs two of the schools—CAST Med and CAST Tech—Superintendent Pedro Martinez has been adamant that all students be counselled toward a degree or advanced certification, but he sees CTE as part of that pathway. "CTE can benefit all students, including those whose plans include a college degree,” Martinez said, adding, “CTE courses, when combined with core courses, help students see the relevancy of their instruction and further develop their problem-solving, research, and critical thinking skills.”

At Big Picture Learning schools, post-secondary success, according to the nonprofit organization’s website, is defined by the students’ goals. At schools that adhere to the model’s “10 distinguishers,” 95 per cent of students graduate on time, with 83 per cent of those going on to college, a Big Picture Learning spokesperson reported in an email. Of those who do not go to college, he said, 74 per cent see one of their internships lead to full-time employment.

The emphasis on future goals influences the attitude of the students and campus culture, said Destiny Valadez, a freshman at CAST Med high school in San Antonio.

“We talk about how we will be as doctors or nurses,” said Valadez. The conversations are different from conversations she has with friends from her former middle school. With those friends, she said, “We don’t even talk about the future when we talk about school.”

Students at her school feel that what they are learning is relevant, she said and never has that been more evident than during the pandemic.

Real-world scenarios are at the core of the new CTE schools, which helped them pivot when Covid-19 turned the real world upside down.

Every Friday, the students at CAST Med gather for a guest lecture from leaders in different areas of medicine—for example, a doctor with NASA explained the kinds of health concerns astronauts might face in zero gravity. And in mid-April, San Antonio vascular surgeon Lyssa Ochoa signed on to a Zoom call with around 90 students to talk about treating patients with diabetes during the pandemic.

At Blackstone Valley in Massachusetts, staff and students responded quickly when the pandemic closed their doors, Fitzpatrick said: “We’re structured to transition and change.”

Medical services students began studying the pandemic in real-time. The school moved 3D printers into teachers’ and some students’ homes to start producing personal protective equipment for local hospitals. They worked with a Massachusetts state representative to expand services to homebound senior citizens, using materials designed and printed in the school’s print shop and serving as pen pals for the seniors. Each new line of production included a lesson in supply chain economics.

The school became a partner in the community response, Fitzpatrick said, showcasing for students “how you handle the obstacles when asked to do something.”

SHOP CLASS FOR THE MIDDLE CLASS

Demand for high-performing vocational schools has exploded over the past decade, Fitzpatrick said. Blackstone Valley has doubled in size since he was hired 27 years ago. For the 300 spots in each freshman class at Blackstone Valley, Fitzpatrick explained, he receives 800–900 applications, and the same general trend can be seen across the 37 vocational and technical schools in Massachusetts.

With demand, student demographics have skewed whiter and wealthier than the surrounding counties at some schools, drawing criticism of what has become a competitive admissions process. Critics say the schools are drifting away from the populations they are intended to serve—kids who would not thrive in comprehensive high schools—and may even be creating a problem akin to the elite exam schools in Boston and other large cities across the country.

Ideally, each class would look like the region the school serves, Fitzpatrick said, and “we believe we’re pretty close.” The school is 91 per cent white, and 9 per cent economically disadvantaged, which does track with its region of southeast Massachusetts.

To achieve the school’s admissions goals, Fitzpatrick said, he and his staff began to focus more on interviews than on test scores and other criteria that tend to favour higher-income students, like attendance records.

Magnet schools or choice programs like CAST tend to be dominated by students from affluent homes, even in districts like San Antonio, where 90 per cent of students qualify for free and reduced-price lunch. The district holds half of the CAST seats for students whose families make less than $44,000 per year. Twelve per cent of the total seats must go to students in the city’s most socially and economically burdened census blocks, referring to areas with high rates of single-parent families, low rates of educational attainment, and/or low homeownership rates.

“To level the playing field in equal education opportunity, it is important for students of all income levels to know they have options and that they have access to these options,” Martinez said.