Educational TV 2.0: Screen Time Can Be a Good Thing 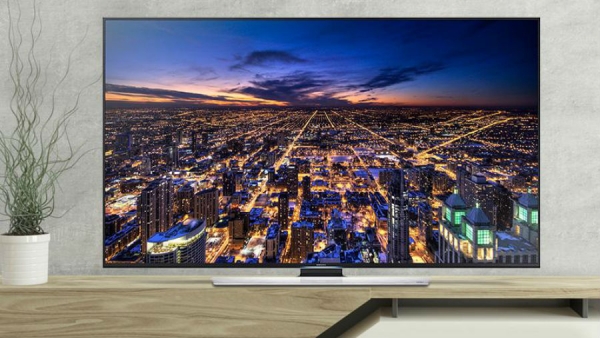 Sesame Street revolutionized education once. It's time for the YouTube era to do it again.

It’s a chaotic time for television, now that Internet video has arrived. Moving swiftly up the media food chain -- from text to images to audio and now video -- broadband distribution has made TV on your PC a reality. YouTube’s startling popularity demonstrates how quickly media technology is changing and being used in a wide variety of organizations. At GLEF, we recently launched our own YouTube channel with several short promos of our documentary segments.

I started my career in educational television as a researcher at the Children’s Television Workshop (now called Sesame Workshop) in 1972, a few years after Sesame Street revolutionized TV. Once, testing a reading program for The Electric Company (a series then also produced by CTW) with second and third graders in Boston’s Chinatown, we wheeled a large black-and-white TV onto a school auditorium stage minutes before the show was aired by Boston’s public-television station, WGBH.

The way the students reacted to the program, laughed at the characters, and read the on-screen print aloud demonstrated the medium’s appeal and instructional potential. The Electric Company showed that it could aid students’ early reading skills, thereby disproving the theory -- one still extant today -- that TV is the enemy of reading.

Sesame Street, which attracted millions of preschool children by creatively blending cutting-edge curriculum and never-before-seen entertaining formats, still stands in my book as the greatest educational innovation of our time. The series also taught parents how they could "co-educate" their children. Sesame Street has paved a broad boulevard for educational TV for nearly forty years; inspiring numerous international coproductions in countries ranging from South Africa to Israel and Palestine, it has truly become, as the Sesame Workshop claims, "the longest street in the world."

The concept of on-demand viewing via the Internet would have defied imagination back when I got started in educational television. But only three decades later, it has arrived through a steady progression of technological marvels: from black-and-white to color TV, from VCRs to the Internet, DVDs, TiVo, and now YouTube.

What Does This Mean for Education?

Most of TV continues to underwhelm, annoy, and degrade. As former Federal Communications Commission member Newton Minow stated in his famous remark from the 1960s, "the vast wasteland has become even faster." How will the increasing number of Internet channels and producers collide with diminishing audiences and the higher production costs of major broadcast channels? Where will creative ideas and energies for educational applications emerge in this era of digital TV?

In preparation for a conference at the fifth World Summit on Media and Children, held last March in Johannesburg, South Africa, YouTube’s Shashi Seth produced his own on-demand presentation -- shown via YouTube, of course.

Seth invoked an interesting way to think about the future of educational TV, based on the phenomenon of the "long tail," described by Chris Anderson, editor in chief of Wired magazine, in his book The Long Tail: Why the Future of Business Is Selling Less of More. Book sales on Amazon.com are a clear example of the long-tail movement; a relatively small number of bestsellers may reach the largest audiences, but books selling in the hundreds or thousands each still predominate.

Instead of a broadcast world of "few to many," in which a small number of producers broadcast to audiences of millions, Seth argues, we are moving into an age of "many to many," when anyone with a digital camera and a laptop can find an audience.

Large networks such as ABC, PBS, or the Discovery Channel will continue to produce more expensive programs with higher production values that reach larger audiences (although smaller than they enjoyed during the broadcast-only era or the time when broadcast and cable networks were the only options). Millions of smaller digital producers will find relatively smaller audiences but will collectively be able to reach audiences in the millions. Most importantly, these new digital producers can now find a global audience not limited by territorial broadcasts.

At the end of his talk at the World Summit on Media and Children, Seth included clips from two YouTube videos. One of them shows two African boys giving a lesson on their language; several in the audience knew it was a language spoken in Namibia. It was a fitting moment in the history of educational TV: a video produced in California could be viewed online at a conference in South Africa -- and around the globe.

We are just at the dawn of TV 2.0 -- and therefore at the dawn of educational TV 2.0, as groups of producers bring new energy and creativity to the concept of applying TV to education and enable audiences to discuss and add to its interpretation. Some of these new producers may be young people, applying their own creativity to the TV medium just as they have in starting new types of media and technology companies. In the coming decade, we may eventually think of a television screen as a window on the world for young minds, rather than a frame for viewing a vast wasteland.

I’m reminded of a quote by E.B. White at the dawn of TV 1.0: "I believe television is going to be the test of the modern world, and that in this new opportunity to see beyond the range of our vision, we shall discover a new and unbearable disturbance of the modern peace, or a saving radiance in the sky. We shall stand or fall by television -- of that, I am quite sure."

Tweet
More in this category: « Why replacing teachers with automated education lacks imagination Marshmallows, Innovation, and Good Talk at ISTE »
back to top