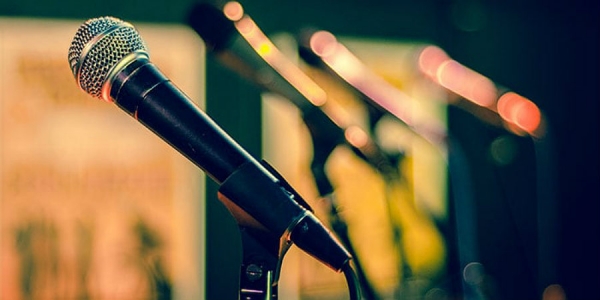 This year will feature a whopping thirty-six governors’ races, half of which are wide open, with incumbents who are term-limited or not running for re-election. Victors will have the opportunity to improve policies in many areas.

But they’ve sadly said little about their ideas for education, according to an analysis by Rick Hess and Sofia Gallo of the American Enterprise Institute. “The accountability, standards, and teacher evaluation reforms at the heart of the Bush-Obama agenda have almost no outspoken champions among the nation’s would-be governors,” they concluded. Mentions of school choice and charter schools are surprisingly scarce as well.

It could be that the candidates are reading polls showing the fading popularity of these reforms. But I suspect the reason is deeper than that. Candidates for high office generally want to talk about new ideas. And there aren’t many in education right now. Myriad education policy debates, such as those over teacher evaluations, have run their course; others, such as charter schools, have descended into trench warfare.

To rectify the situation, here’s a hat trick of fresh ideas that could help receptive candidates not only get elected but also significantly improve their states’ schools.

1. Create thousands of new seats in high-quality career and technical education (CTE) programs. One of the few issues with real juice right now is CTE. Hess and Gallo found that more than sixty governors have discussed expanding their states’ offerings. And for good reason: Lots of well-paying “middle skills” jobs are unfilled because high school and community college graduates aren’t prepared for them.

While more wonks and politicians are acknowledging that not everyone needs to go to a four-year college, that’s not enough. We also need to expand serious career and technical education that gives young people high-quality credentials. Legitimate programs—in which eleventh and twelfth graders, for example, gain workplace skills and experience through partnerships with local technical or community colleges—are far too rare. Colorado, Louisiana, and Delaware are helping change that; other states should follow suit.

2. Raise the bar for teacher tenure. Most statewide policies that link teacher evaluations to students’ academic growth have been huge failures. They have cost proponents a ton of political capital, angered teachers and parents, and fueled testing backlashes. And, in the end, they have done very little to change the bottom line: The overwhelming majority of teachers still earn top marks.

So candidates would be crazy to double down. They should instead transform the tenure process itself: Delay tenure until teachers have completed four or five years of service; make it conditional on demonstrations of quality and effectiveness in the classroom; and pair it with a significant pay bump. This would make tenure an honor, not a given. And it would solve many of our teacher-quality problems by screening out ineffective educators before they get lifelong protection. If it is designed correctly, even teacher groups will get behind this.

3. Thread the needle on curriculum reform. For states with strong standards, assessments, and accountability systems—and gladly, that’s many more states than in the past—the next step is effective implementation. More than anything, that means curriculum reform. Mandating curricula is too politically perilous, so candidates should follow in John White’s footsteps and make it easier for local districts to choose their own high-quality resources. They should support local teachers’ choice of materials they themselves have found to be effective and aligned to statewide standards, and they should offer training that helps educators teach it.

Education policy reform isn’t dead. And anyone who runs on these three ideas gets my vote as the next “education governor”—an honorific held by such luminaries as Jim Hunt, Lamar Alexander, Jeb Bush, and Mitch Daniels. It’s currently up for grabs, candidates. Who wants it?

Tweet
More in this category: « Is education reform possible in America? Business drops the baton in higher ed innovation. »
back to top