3 Reasons Students Procrastinate—and How to Help Them Stop 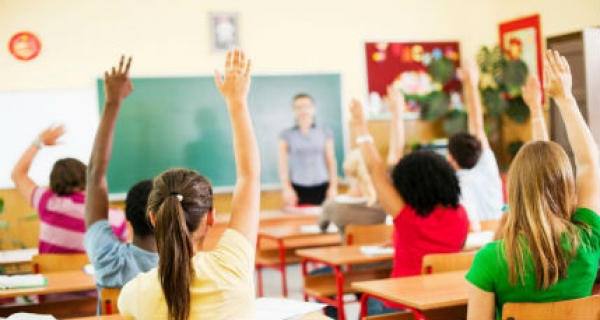 Psychologists have uncovered reasons why students put off important work. But there are a few simple things teachers can do to keep students on track.

“Procrastination is extremely prevalent,” Piers Steel, a business professor at the University of Calgary, noted in a 2007 study. “Estimates indicate that 80 to 95 per cent of college students engage in procrastination, approximately 75 per cent consider themselves procrastinators, and almost 50 per cent procrastinate consistently and problematically.”

If you’re a middle or high school teacher, it’s likely that you have procrastinators in your class—students who consistently wait until the last minute to turn in their assignments or put off studying until the night before a test. This delaying has a cost: A 2015 study found that the longer business school students waited to turn in an assignment, the worse their grades were, with last-minute hand-ins costing them five percentage points on average, or half a grade. And a 2015 meta-analysis confirmed this result, finding that procrastination was associated with lower grades across 33 studies that included over 38,000 students (most of whom were in college). Even worse, medical research has linked procrastination to higher levels of stress, depression, anxiety, and fatigue.

It’s a common perception that students who procrastinate do so because they don’t care about the assignment—and that’s usually wrong, argued Devon Price, a social psychology professor at Loyola University, in 2018. More often than not, the underlying reasons for procrastination fall under two categories: fear of failure or confusion about the first steps of an assignment.

“Procrastination is more likely when the task is meaningful and the individual cares about doing it well,” Price explained. Procrastinators can stare at a screen or book for hours, paralyzed by fear. At that point, the best solution is to take a short break and engage in a relaxing activity.

Joseph Ferrari, a professor of psychology at DePaul University and leading expert on procrastination, has performed several studies on why students put off important work. In a groundbreaking 1989 study, Ferrari found that college students often procrastinated because of indecision: They spent too much time worrying about whether they were doing an assignment correctly, prolonging the time they spent on even simple tasks. For these students, procrastination was a coping mechanism to avoid stressful experiences.

“It is very helpful and useful to gather information to make an informed decision, but when one simply continues to gather beyond the point of adequate resources, then they are being indecisive and the waiting is counterproductive,” Ferrari told an interviewer in 2010.

In a follow-up study, Ferrari found another reason why some students procrastinate: fear of criticism. He discovered that many college students engaged in self-sabotage because they could then blame low grades on the deadlines rather than their own abilities. These students preferred to “choose situations in which their public image would not be damaged by poor performance.” Once again, procrastination was a coping mechanism—in this case, to protect the students’ self-esteem and perceptions of their identity.

Ferrari discovered yet another, very different, a motive for procrastination in a 1992 study. Some college students delayed starting on an assignment because they enjoyed the perceived thrill of working against a deadline. Putting assignments off until the last minute was a way of “adding drama to life,” giving these students a rush of adrenaline.

Indecisiveness, avoidance, and thrill-seeking are thus more likely explanations for procrastination than laziness or lack of motivation. So what can teachers do? Here are some suggestions.

5 WAYS TO ENCOURAGE STUDENTS NOT TO PROCRASTINATE

1. Spread deadlines out. Researchers have investigated the impact of three types of deadlines for a series of tasks: evenly spaced, self-imposed, or a single, final deadline. In the first experiment, students were assigned three papers and were asked to either turn one in at the end of each month, choose their own deadlines, or submit all three papers by the end of the course. In the second experiment, students were given a task—to proofread three passages—and submitted their assignments weekly, at their own self-chosen pace, or all at once. In both experiments, evenly spaced deadlines not only yielded better student work but also decreased the chances that students would miss their deadlines.

The takeaway for teachers? Instead of giving students a big project with a single deadline, break it into smaller tasks with evenly spaced out deadlines. Ask for multiple drafts of a paper, for example. In a project-based learning unit, have students present their progress at specified checkpoints. This can be especially helpful for students who are paralyzed by large projects—by making each part more manageable, you can reduce the anxiety associated with intimidating deadlines.

2. Provide supportive feedback. Students with low self-esteem may be reluctant to put forth their best work if they’re worried about criticism or afraid of failing. Avoid giving highly critical or negative feedback, which may have the unintended consequence of making students feel nervous or self-conscious. Students may also respond poorly to feedback that feels controlling, so avoid being too explicit about what needs to be corrected. Finally, be cautious about giving feedback to students in front of their peers—they may feel uncomfortable and become disengaged.

3. Teach time management and study skills. A 2017 study found that many students lack the metacognitive skills they need to be able to study effectively, such as the ability to schedule ample time for studying or knowing when to ask for help. Many study participants were surprised when their initial scores were lower than they had expected—they did not have an accurate sense of how well prepared they were. They were then encouraged to plan ahead for an upcoming test and were shown examples of how they could prepare. The results were significant: Compared to their peers, the students who participated in the metacognitive activities scored a third of a letter grade higher, on average.

4. Be mindful of workload. According to a 2015 study, the likelihood that students will turn in late work increases when deadlines for different projects coincide—something that can easily happen in middle and high school when students have multiple teachers. Students also experience higher stress levels if they can’t manage multiple assignments that are due at the same time. Consider coordinating with other teachers to spread out major deadlines.

And when students face adversity that impacts their ability to finish assignments on time, such as taking care of a family member or having to financially support their family, being flexible about deadlines can help them stay on track.

5. Have clear instructions and examples. Students are more likely to put off a project if they don’t understand how to start. Ensure that all students know your expectations and the requirements of the assignment—it’s best to put instructions in writing so that students can refer to them as needed. You can also use exemplars, such as examples of past student work, to help them better understand what the assignment is.

Tweet
More in this category: « Making Teams More Collaborative Pediatricians on Balancing Screen Time, Sleep, and Family During Coronavirus »
back to top