Pediatricians on Balancing Screen Time, Sleep, and Family During Coronavirus 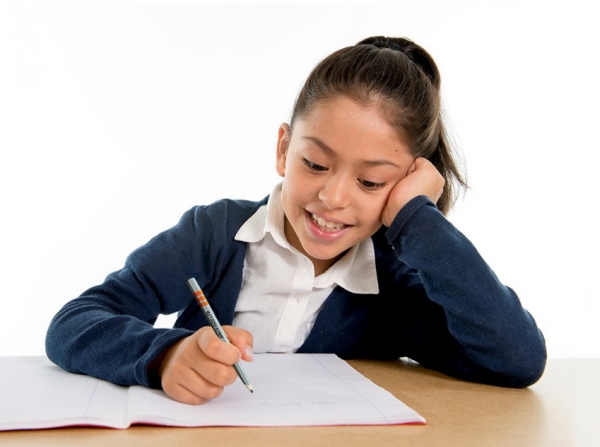 Don’t worry too much about screen time, paediatricians say, but make sure it’s not interfering with sleep and relationships.

It’s an issue many parents are thinking about—myself included, being the father of two young kids: Should I worry about screen time limits while we hunker down during the pandemic? Or does the crisis give me a little more leeway?

In normal times, the research on various screen times had been relatively clear: The more television children watch, the more likely they are to eat unhealthy snacks. Screen time at night—cellphones in bed, for example—is linked to poor sleep, since consuming entertainment or partaking in social activity, even virtually, re-engages brain circuitry which must then be quieted again in preparation for sleep. And we know that social media can expose children to cyberbullying of a particularly insidious kind, with one study noting that it's often anonymous and can “invade the home and other normally safe spaces.” Moderate amounts of screen time are OK, especially if it’s educational or connecting virtually with others, but even adolescents shouldn’t spend more than two hours a day watching television, playing video games, or browsing social media. For children younger than five, the recommendations are even more stringent.

In the wake of the coronavirus, though, the American Academy of Pediatrics (AAP) recently emerged with some new guidance: You should still set limits on screen time, but you should prioritize your mental health—and that of your children—which might mean allowing a little more screen time for school work or for connecting with friends, for example. A few general rules still apply, however: The value of sleep is generally under-rated, and you should make sure that school-aged kids are still getting at least eight hours of uninterrupted sleep time, if you can. The AAP also strongly advises that you schedule in plenty of non-screen time, or find ways to make it less isolating: Keep the phones away during dinner, monitor overall social media usage, and look for constructive ways to use screen time, such as educational programming or using video chats to connect with friends and relatives.

Here are a few of the high-level takeaways from the new American Academy of Pediatrics guidelines:

FOR NOW, SOME LEEWAY ON SCREEN TIME

The AAP relaxed their usual recommendations, acknowledging that children’s screen time will likely increase during the pandemic. Under normal circumstances, the AAP suggests no screen time for children younger than 18 months, minimal screen time with children from 18 to 24 months (with parent participation), one hour per day of high-quality programs for children ages 2 to 5 years, and no specific limit for children 6 and older, as long as it doesn’t interfere with sleep, physical activity, and other healthy habits.

But given that families will experience high-stress levels in the coming months, the AAP recognizes that additional screen time may be unavoidable—not only to keep children occupied, but also to help adults juggle work and childcare responsibilities.

Be mindful of the psychological toll that the pandemic may have on your kids, though. “Children may not have the words to express their worry, but you may see signs of it,” the AAP reminds us. “They may get cranky, be more clingy, have trouble sleeping, or seem distracted. Keep the reassurance going and try to stick to your normal routines.”

Families are urged to make time for offline experiences, which can help them “connect emotionally, process difficult experiences, and heal.” While it’s tempting to let the screens act as temporary babysitters, too much of that is a mistake, because we still need to maintain our emotional well-being—not just our physical health.

“The American Academy of Pediatrics encourages parents and others who work closely with children to filter information and talk about it in a way that their child can understand,” states a guide on talking to children about Covid-19. Be reassuring, remind children about hand-washing and other protective measures, keep an eye on anxiety levels, try your best to monitor what they watch so they’re not exposed to inappropriate stories or pictures about the pandemic, and be a role model by showing empathy towards others, says the AAP.

It’s also important to spend time together as a family, especially since children are likely experiencing higher levels of anxiety, stress, and trauma. Make time for activities such as walks, board games, reading together, baking, or sports.

Left unchecked, screen time can interfere with a child’s daily routine, causing them to snack at odd hours or preventing them from getting enough exercise. “Make a plan about how much time kids can play video games online with friends, and where their devices will charge at night,” the AAP suggests. “Challenge children to practice ‘tech self-control’ and turn off the TV, tablet, or video game themselves—rather than parents reminding them.”

One of the more insidious dangers of screen time is its harmful impact on children’s sleep habits.

“Although many parents might see digital media as a sleep aid, the presence of a screen in the bedroom leads to fewer minutes of sleep for children at all ages, including infants,” explains David Hill, a pediatrician and professor at the University of North Carolina School of Medicine, in a recent AAP study. Surprisingly, even calm videos—if watched on electronic screens—can interfere with a child’s melatonin secretion and disrupt their sleep.

So be firm about screen time at night: Keep kids off screens for at least an hour before bedtime, Hill recommends, and make bedrooms device-free zones.

The AAP distinguishes between recreational screen time—games, television, movies, or entertaining videos on social media—and ‘positive’ screen time such as educational games or video chatting with relatives. As we spend weeks, perhaps even months, in isolation, social media can help us connect with others.

Since family visits are out of the question, my kids spend a few minutes every night chatting with their grandparents—a use of screen time that the AAP emphatically supports. And in lieu of a friend’s recently cancelled birthday party, my son will be sending his birthday wishes virtually; it’s not the same as actually spending time with his friends, but it can help keep them connected.

“Use media together,” the AAP writes. “This is a great opportunity to monitor what your older children are seeing online and follow what your children are learning.” Keep electronic devices in central locations—such as the living room or kitchen—and away from the bedroom. When children watch television or play games, use this as an opportunity to ask questions and stretch their imaginations.

For older children, this can be an opportunity to learn more about their interests. You were probably too busy to learn how to play Fortnite a few weeks ago, but now that you’re stuck at home with your kids, you can jump right in. What are their favorite games and TV shows? Are they interested in picking up a new hobby, like magic? Is this a good time to start up your family band?

Tweet
More in this category: « 3 Reasons Students Procrastinate—and How to Help Them Stop Teaching Revision in a Blended Learning Environment »
back to top