Pronunciation: The “Cinderella” of Language Teaching 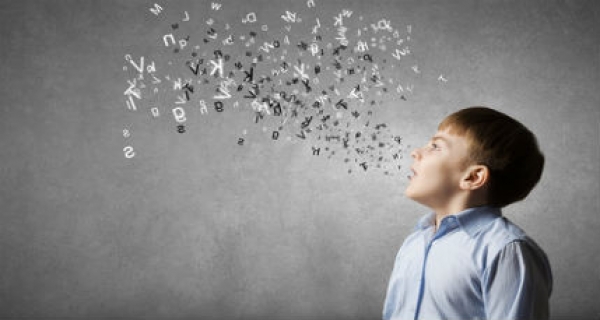 Indisputably, teaching pronunciation is one of the most complicated yet significant aspects of EFL / ESL teaching. That is why it has been looked upon as the “Cinderella” of language teaching (Kelly, 1969; Dalton, 1997).

What should be drawn to our attention is that, in the process of communication, pronunciation (of both segmental and suprasegmental (prosodic) elements) is of paramount importance, since successful communication cannot take place without correct pronunciation (Celce-Murcia, Brinton & Goodwin, 1996)—poorly pronounced segments and suprasegments may have the result of disorienting the listener and inhibiting comprehension. Of course, the notion of “correctness” with regard to pronunciation is not tantamount to adherence to “native speaker” norms or Received Pronunciation (RP) rules.

At any rate, pronunciation has an important social value (Gelvanovsky, 2002), which means that it should be related to prestige. There have been numerous studies involving speakers of various English accents in order to find out what values are generally associated with Received Pronunciation. According to the findings, those values were the same as the values usually perceived as indispensable for socio-economic success: intelligence, professional competence, persuasiveness, diligence, social privilege, and so on (Hudson, 1980; Dalton & Seidlhofer, 1994).

There are some researchers (Suter, 1976; Purcell and Suter, 1980, et al.) who have cast doubt on the importance of pronunciation in EFL teaching. According to them, pronunciation practice in class has little, if any, effect on learners’ pronunciation skills. In other words, ‘the attainment of accurate pronunciation in a second language is a matter substantially beyond the control of educators’.

Pennington (1989), though, believed that teachers with formal training in pronunciation and teaching suprasegmentals can make a difference.

Between these opposing views, Stern (1992: 112) says: ‘There is no convincing empirical evidence that could help us sort out the various positions on the merits of pronunciation training’.

Here, it might be helpful to think of various aspects of pronunciation along a teachability-learnability scale. For example, the attitudinal function of intonation might better be learnt without teacher intervention.

In order to make pronunciation teaching (PT) effective, we have to take into account the following factors:

According to the so-called “Critical Period hypothesis” (or “Joseph Conrad phenomenon”), it is futile to teach pronunciation after a certain age (after about 14 years of age), because of learners’ decreasing ability to develop native-like pronunciation in a second or foreign language (Lenneberg, 1967; Krashen, 1973). However, Flege (1981: 445) claims: ‘neither physiological maturation nor neurological reorganization renders an adult incapable of speaking a foreign language without an accent’.

Brown (1994) argues that there are also some psychomotor factors at work that should be given some consideration. Command of foreign language phonology also taps into the neuromuscular domain, which may play a crucial role.

Linguistic expectations of interlocutors, ego permeability, attitude toward the foreign language, and type of motivation (Celce-Murcia, Brinton & Goodwin, 1996), all have their share in the development of pronunciation skills. Outgoing, confident learners, for example, might have more opportunities to practise their foreign language pronunciation simply because they are more often involved in interactions with native speakers (Avery & Ehrlich, 1992). On the other hand, some learners feel stupid pronouncing “weird” sounds and, with time, they decide that English pronunciation is next to impossible to attain (Laroy, 1995).

People from some cultural backgrounds (for example, speakers of Japanese or Chinese) often think that it is impossible for them to pronounce English well. In some cases, improving pronunciation may be frowned upon within some communities, and the EFL learners might be discouraged from making any progress. If English, let’s say, is associated with invasion and oppression, then it may be very difficult for learners to master the language.

Among other things, the sound system of learners’ mother tongue might be trasnferred into the foreign language in the following ways:

Attempting to completely eradicate a foreign accent in an EFL class is an unrealistic goal. It would be more reasonable to bring learners up to a point where they do not make pronunciation mistakes that would affect their being understood. As long as pronunciation does not impede successful communication, it should be considered acceptable. Once again, “native speaker” norms should not be the yardstick against which to assess learners’ pronunciation performance.

In general, EFL teachers must make sure that:

Bearing the above factors in mind, teachers should follow some pronciples of effective pronunciation teaching. In particular:

Teaching experience shows that it is worthwhile to introduce sounds in prosodic patterns even at the initial stage of learning, as it brings the idea of “contextualised” sounds into connected speech. It could be argued that in speech, suprasegmental features of stress, rhythm, pitch, and intonation are equally important in achieving cohesion and coherence—two terms usually associated with written discourse only.

There are two main reasons to focus on prosodic features:

As a communicative means, prosody performs the following functions: