Schools and Ideology: A Critique 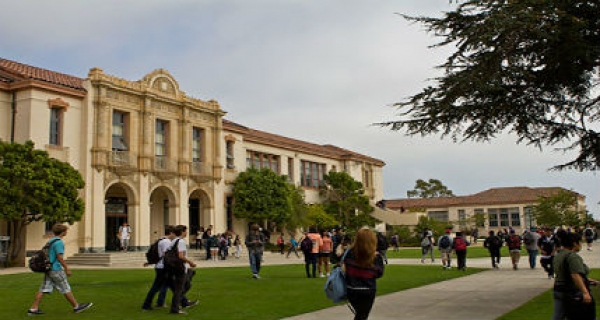 The pressure upon schools to improve and raise achievement is unlikely to recede over the next decade, which would suggest that the school effectiveness and school improvement research fields are likely to remain influential and popular with practitioners and policy makers alike. Until recently, these two traditions have gone their separate ways, mainly because of differences in methodological orientation and ideological position.

The purpose of this paper is to provide the background and context for the analysis and critique of school effectiveness and improvement, within a cultural and political framework. More specifically, the present work sets out to portray the various processes that permeate the core of educational systems in most western societies, and show that schools are nothing but political arenas where the struggle for power and domination is the norm. (For a detailed analysis of school effectiveness and school improvement theories, please see Harris and Bennett, 2001).

The micro-politics of change, improvement and effectiveness in schools

Over the last twenty years or so, there has been a resurgence of interest in the description of what an effective school might look like and how schools might achieve or sustain that ‘happy state’ (Busher, 2001) through processes of school improvement. Despite the success of various studies in attempting to characterise effective schools (Rutter et al., 1977; Sammons et al., 1997), little has been done to pinpoint these characteristics in their dynamic socio-political environments or to indicate how those environments interact with the internal processes of schools. This has led to the view that what happens inside schools should only concern those who work inside schools, so that change in schools can be brought about solely by the efforts of the staff of those schools (Barker, 1998).

However, it is argued here that much of what happens in schools is caused by a multiplicity of factors located outside schools which are imported into schools ‘through the semi-permeable membranes of school’s institutional boundaries by students and staff of all qualities’ (Busher, 1992; Barker and Busher, 1998). Staff and students in schools interact both with these external pressures and values and with each other in constructing what transpires in schools. Many of these interactions or negotiations are successful and result in agreed ways of working and satisfactory outcomes to all parties involved. Some of these interactions are less successful. The individual people involved are trying to achieve their agendas, such as to teach a lesson, learn a topic or resolve a conflict with students or parents. As Busher (2001: 75) notes, ‘[t]hese agendas are likely to be driven by overt or hidden values and beliefs about education and social order’. In pursuit of these agendas, people seek symbolic and material resources to help them. In other words, they seek sources of power to help them implement their views and values. This suggests that schools are political arenas in which competing views of educational, political and social order struggle to impose the preferred values of different social groups and individual people.

At any rate, these interactions are a nexus of shared norms and values that express how people make sense of the organisations in which they work and the other people with whom they work. The shaping and sustaining of an institution’s culture through a variety of symbolic actions is of major concern to powerful people, such as headteachers. This is because it helps to make manifest the values and beliefs that those powerful people wish the institution to implement. Thus, the shaping and reshaping of a school’s culture is a political act to assert power inequitably in favour of a particular set of values and beliefs held by the most powerful people. In the same vein, the curriculum aspect of a school’s process is itself a political phenomenon. According to Carr (1993: 5), the curriculum is: ‘not a description of subject matter but a set of proposals indicating…how subject matter is to be organised, the educational purposes it serves, the learning outcomes it is intended to achieve and the methods by which such outcomes are to be evaluated’. In short, the curriculum can be conceptualised as a process negotiated between teachers and students in the classroom, although formally, in the administrative structure of the school, power is held autocratically by teachers (and those vertically superior).

Politics, then, emerges as the key element in understanding the process of shaping and changing what takes place in schools. This is because it is through processes of negotiation that people assert their views and values, and through the manipulation of power to gain access to material and symbolic resources that they attempt to implement them. Bacharach (1988: 282) contends that educational organisations are best conceived as political systems, while participants can be conceived of as political actors with their own needs, objectives and strategies to achieve those objectives. Moreover, an individual’s or a group’s effort to have their point of view reflected in the decision outcome rests on authority and influence. A key concept in a micro-political analysis, then, is power and how people use it.

Negotiations between individuals and interest groups take place within the social framework of the school. This is what constitutes the culture of a school and it is made up of its rites, rituals, customs and language which are the manifestations of the values and beliefs held by the senior staff. Embedded within this cultural milieu or habitus (Bourdieu, 19990) are understandings about how people bargain for material and symbolic resources.

It has become clear so far that these interpersonal relations are not between equals. People interactions at both classroom and school levels are riddled with power and status. How this power is used depends on how each individual interprets the situation. Young (1981) proposed that we bring to every situation a number of elements:

According to Young (1981), we actively deploy these four elements in an attempt to understand the situation, our freedom to act in it and our sense of what is the right course of action—what he calls our ‘assumptive world’.

Two views of power as sources of norms: Hegemony and discipline

The institutional and environmental origins of many organisational norms reflect two major views of power in society. One is the concept of hegemony (Gramsci, 1971; Lukes, 1974) and the other is Foucault’s (1977) concept of disciplinary power with its associated concept of bio-power. Hegemony is a concept based on the idea that domination and control rest on both coercion and consent. As Clegg (1989: 160) suggests, this ‘active consent’ can be generated and sustained by means of four activities:

Certain organisations are particularly significant in generating this active consent, notably the Church, schools, trade unions and the mass media.

Foucault’s view of disciplinary power is somewhat different but emphasises the way in which state apparatuses are at work to control not just how individuals act but how they think. Foucault (1977) suggests that modern society has developed through techniques of surveillance. The best expression of this is Jeremy Bentham’s ‘panopticon’, a design for a prison (or a workhouse or a school) which was intended to provide maximum surveillance of the prisoners by a minimum staff. In a panopticon, all the cells led off a central point, from which it was possible for a guard to observe what was going on in all the cells on that floor. The essence of Foucault’s view of power was that it derived, not from direct surveillance, but from the fact that no prisoner could be sure that the guard was not looking along that wing.

Foucault does not see power as negative. Power is typically analysed in a negative way, but a view of power based on Foucault is not concerned with delimiting and proscribing activities so much as converting the body into something both useful and docile. In this way, it relates power to self-discipline. It views structures and cultures as empowering the individuals within them to carry out fruitful tasks on behalf of the collectivity. A more critical reading of Foucault, however, may interpret docility as restricting creativity and creating the conditions for fascism.

To hark back to school culture; Hargreaves, D. (1995) has proposed a heuristic typology of school cultures in which he identifies four “ideal types”: the formal school culture characterised by pressure on students to achieve learning goals but weak social cohesion between staff and students; a welfarist culture where relations between staff and students are friendly and relaxed but there is little academic pressure; a hothouse culture which pressurises staff and students to participate in all aspects of school life, academic and social; and a survivalist culture characterised by poor social relations and low academic achievement. Nevertheless, irrespective of the school culture, there are certain characteristics that apply across the board. For instance, Schein (1985: 9) holds that there are three levels to organisational culture: artifacts (e.g. allocation of space, use of language) which can be easily observed even if not easily understood; the values which individuals say are held by members of the organisation, though these may be espoused rather than practised; and the basic assumptions that guide behaviour which are taken for granted and may be unconscious.

This brief discussion of the political processes underlying the culture of schools has only skimmed the surface of the subject. A more detailed analysis would touch upon a wide range of topics, such as contemporary perspectives on school effectiveness and school improvement, criticisms of theory and methodology, characteristics of school improvement and school effectiveness, strategies for promoting or resisting change in schools, and others. What the present article suggests is that schools as institutions are subject to a number of political processes which, despite the clashes and synergies they may create, shape and modify them ad infinitum. In this constant process of shaping and reshaping of school practices, the role of teachers and practitioners is deemed of utmost importance. Only by gaining insights into the nature of the organisation can its members fully understand how it functions and what courses of action are legitimate. Metaphorically speaking, a school is more like a living organism and just as one cannot graft the leg of a cheetah onto an alsatian to make it run faster, so one cannot graft one particular factor into a school and expect it to make dramatic improvements (Bottery, 2001).

Tweet
More in this category: « Grammar: Do we really need it? Pronunciation: The “Cinderella” of Language Teaching »
back to top

Moving Your Classroom Outside During the…