THE SECRET LIFE OF LANGUAGE: A WORLD WITHOUT WORDS 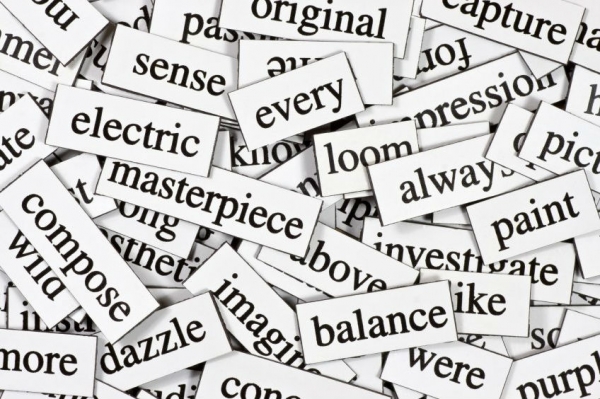 Dr. Jill Bolte Taylor woke up one morning in 1996 with a terrible headache, but she decided to get on her cardio glider anyway. Since she didn’t experience pain that often, she figured that the best way to deal with it was to ignore it.

They say that doctors make the worst patients, and based on Taylor’s case, this could be true: despite her Harvard doctorate in neuroscience, Taylor was unable to recognize, until it was almost too late, that she was having a stroke. And it wasn’t just any stroke—it was Armageddon level, the kind that takes away mobility, memory, literacy, and, perhaps most strikingly, language.

For years afterwards, Taylor lived without language. Yet nearly a decade after that fateful morning on her exercise machine, she had gained back almost everything she’d lost, as well as an internal understanding of how thought works without words, she explained in a 2008 TED Talk.

Taylor’s story provides some insight into the role language plays in the human ability to think. Not to be confused with the hotly contested idea of linguistic relativity, which states that different languages determine different ways of thinking, the discussion focuses on what happens when language is absent altogether.

Without venturing too far into the Tootsie-Roll-sticky definition of thought, Taylor would say no. It seemed that Taylor could experience sensations just as easily as she had before, but reflecting on those sensations, she explained, became almost impossible.

“You wake up in the morning and the first thing your brain says is, ‘Oh man, the sun is shining,’” Taylor said in a 2010 interview with Radiolab. “Well, imagine you don’t hear that little voice that says, ‘Man, the sun is shining.’ You just experience the sun and the shining.”

Even after some of her memories came back, it took Taylor hours to form answers to simple questions without words to help organize her mind. Any kind of complex thought, including things she used to know, became nearly impossible. She “thought” in images, but had a very difficult time uniting those images into the “sentence” format we use in language. Instead, they floated, disparate and somewhat useless, in her mind, she later recalled.

Taylor is not the only one to experience thinking without words. Helen Keller was deaf-blind, without language, and almost seven when her teacher, Anne Sullivan, managed to teach her the connection between the word w-a-t-e-r and the “wonderful cool something” that Keller described feeling flow over her skin. With this breakthrough, Keller began to acquire language at a remarkable speed, learning thirty words on that first day alone.

It’s not that Keller wasn’t thinking before that day. She may have been volatile and violent, but she was able to identify people’s faces with her touch, desire ice cream, and recognize repeated objects. And yet, her mind was not quite her own, she later said.

“Before my teacher came to me, I did not know that I am,” Keller wrote in her 1908 book The World I Live In. “I lived in a world that was a no-world. I cannot hope to describe adequately that unconscious, yet conscious time of nothingness. I did not know that I knew aught, or that I lived or acted or desired.”

Interestingly, Taylor shares Keller’s idea that gaining language gave her a sense of identity. Her experience without language, she said, was one of the times that she felt most connected to the rest of the natural world and least isolated within her own consciousness.

“Language is an ongoing information processing,” Taylor explained, relating the loss of words to a sudden feeling of connection to the rest of the world. “It’s that constant reminder: I am, this is my name, this is all the data related to me, these are my likes and my dislikes, these are my beliefs, I am an individual… I’m separate from you.”

Keller also drew a link between the isolation of consciousness and her discovery of language. “When I learned the meaning of ‘I’ and ‘me’ and found that I was something, I began to think,” she wrote. “Then consciousness first existed for me.”

The experiences of these two women have forced psychologists, linguists, and philosophers to reevaluate what language truly is. We know it’s a transmitter of information and a way to preserve ideas, but it’s also what allows us to form theories about the nature of the universe, experience loneliness, and hold onto our identities. It’s more than what we use to speak and write. Without language, we are erratic, uncomplicated beings—and, perhaps, as Taylor and Keller have suggested, we are not quite human.

Tweet
More in this category: « Linguistic imperialism alive and kicking The Psychology of Language: Why Are Some Words More Persuasive Than Others? »
back to top