Well, it all depends on what you mean by war 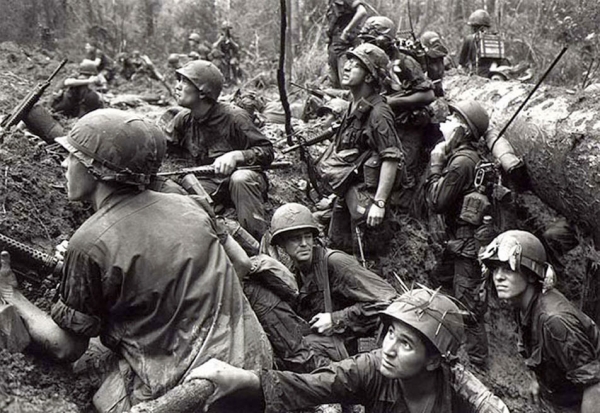 'The first casualty when war comes is truth,' said Hiram Warren Johnson in a speech to the US Senate in 1917. He might have added that the second is language.

Military-speak is full of jargon and euphemisms, and with this in mind we ran a glossary of terms recently in the current conflict - 'asymmetrical warfare', 'Ground Zero', that old favourite 'collateral damage', and the Arabic word 'jihad'.

We said of 'jihad': 'Technically, this means the struggle to do good, referring to a battle with the conscience over the right course of action at any point in life, menial or significant. It only came to be associated with the idea of a "holy war" after the Crusades.'

A reader tells us we were 'wholly wrong' and explains: 'The verbal root, jahada , means to strive, struggle etc in the literal sense. The word jihad itself means "war, battle, holy war". The earliest sources, including the Koran, use it in that sense, and the Prophet conducted more than one holy war, as did his immediate successors.

'The Crusades were, in part, a European response to the Muslim jihad which had resulted in the conquest of the Holy Land. The "struggle with the self" meaning is secondary and metaphorical, originating with Islamic mysticism.'

Another reader asks: 'Why do you insist on calling this a war?' We have not officially been at war since 1945, but Tony Blair swept objections aside when he said: 'Whatever the technical and legal issues about a declaration of war the fact is we are at war with terrorism.'

Collins Dictionary defines war as 'any conflict or contest: a war of wits; the war against crime' , so to describe this as a war against terrorism seems reasonable.

And finally, one lonely voice calls out with a plea that, while technically correct, will I'm sure be lost in the clamour:

'In common with other media and the Prime Minister, you persistently use "America" and the "US" as if they are interchangeable. They are not. America is the continent; the US is but one country on it. It seems particularly important to observe the distinction in these dangerous times when sloppy usage is leading to sloppy thinking: it was not America that was attacked, it was the US.

'People in America, but outside the US, resent the invisibility that is imposed on them by using the name of the continent for the most powerful nation within it. You wouldn't refer to South Africa as Africa would you?'

Well, no, but surely context is all. We wouldn't, after all, refer to 'US the Beautiful' or 'God Bless US', 'the US dream' or 'the US way of life'. In an article that specifically referred to problems between the US, Canada and Mexico, America would not be acceptable as it could be confusing - but usually its meaning is perfectly clear.

Tweet
More in this category: « Should the Americanisation (or Americanization) of English worry us? Linguistic imperialism alive and kicking »
back to top