The Influence of Globalization on Learning Languages 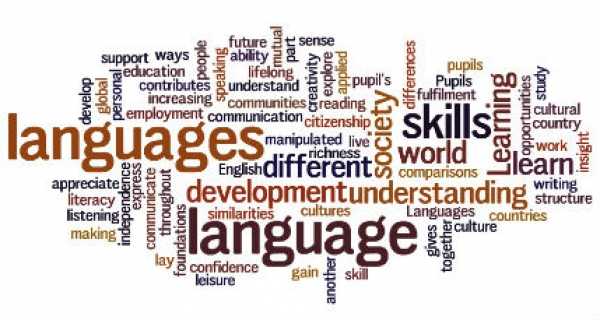 While globalization is generally regarded as the process of international integration involving businesses or organizations, this interchange of world views, cultures, and ideas has had a dramatic impact on education and the way people learn languages.

It’s important to recognize how globalization has affected language around the world to develop a better understanding of how schools and educators can continue to serve an ever-evolving population – even as their learning needs change, too.

1. World languages Through colonization, more powerful, industrialized countries were able to force their languages on weaker populations. Since these countries were dictating the terms of any potential economic exchange, it was necessary for traders in other less-powerful regions to learn more widely-spoken languages like English or French in order to communicate and participate in this exchange. Thus these languages became the main for the written papers in the Europe. While this inevitably led to the loss of much smaller, regional dialects, colonization kicked off the start of the globalization process.

2. Local languages Countries that participate less in globalization, like smaller countries in Africa, have managed to retain their local languages much more effectively. With less to gain economically by learning a world language instead of their ancestral dialects, many of these populations continue to speak their local languages to this day. However, some ancestral languages have remained an important part of local culture even in areas of Asia like Singapore and Hong Kong – even though English is still widely spoken. It may be less important for future generations to learn these local dialects for the purpose of communicating on a global scale, but educators in these regions can benefit from having the opportunity to teach these languages well into the future for the appreciation and maintenance of a population’s culture and history.

3. Language loss Linguistics experts have debated the benefits of working to retain ancestral dialects, even as world languages like English and French become more and more dominant. Local languages are a valuable part of a population’s culture, but linguistic evolution follows cultural change. As regions were colonized and forced to adapt to a new language, speaking an ancestral dialect became less beneficial. Even today, people are discovering new ways to communicate around the globe – like emojis, which are easy to understand no matter what language you speak.

4. Language education One main benefit to teaching world languages like English and French is that because these languages are spoken around the globe, it makes communication between different populations more simple and effective than any other time in our history. However, since there are many options available for people to learn languages on their own, the future of language education might be happening outside of the school – through distance education, online courses, and mobile apps. Even with this potential change, it’s important for schools to be flexible and look for ways teachers can help enhance this education.

5. Staying relevant Education and language are important aspects of ensuring people can effectively live together in an increasingly globalized world, and we need to be sure students are being taught in a way that not only benefits them, but also recognizes cultural uniqueness. Schools will need to focus on how to use language to communicate other important values like ethics, global responsibility, and understanding other cultures. With less emphasis on learning the mechanics of a particular language, schools and teachers can instruct students on issues that will build a stronger and more respectful global society. With fewer languages for people to master in order to communicate effectively with populations around the world, there are plenty of benefits to the globalization of language. The future of teaching languages, thanks to the effects of this globalization, may present a different kind of learning environment than teachers are used to, but that doesn’t mean instructors won’t have an important role to play. By providing a complement to the language instruction that will be happening outside of the classroom, schools can offer a depth of learning that students won’t be able to access through online courses and digital media – giving tomorrow’s learners the chance to use global language in a responsible and ethical way, for the betterment of cultures around the world.

Tweet
More in this category: « Η γλώσσα επηρεάζει την σκέψη The Power of Language to Influence Thought and Action »
back to top