Is Frisian a Language or a Dialect? 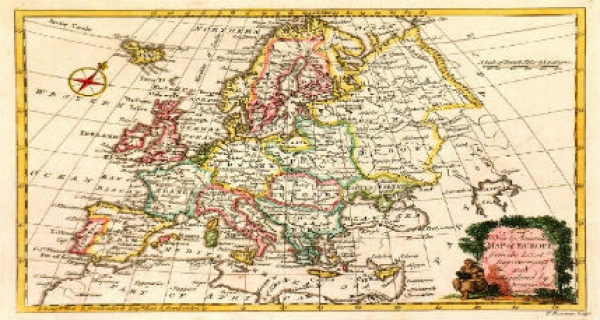 Frisian (Frysk) is a Germanic language, spoken by an ethnic minority known as the Frisians in the northern regions of the Netherlands and Germany.

It is similar to Dutch, German, Danish and most similar to English. In fact, Frisian is, along with Scottish, the closest living language to English. It especially bears a lot of resemblance to Old English.

In Germany, Frisian is confined to small pockets of the country, with relatively few speakers. The Netherlands has the most Frisian speakers, about 400,000, and almost all live in the Province of Friesland (Dutch for “Land of the Frisians”).

The discussion of whether a language is instead a dialect is a difficult and often tricky one. There are two kinds of criteria that distinguish a language from dialect. The first is the political criterion; languages are official and written, whereas dialects are mostly spoken and unofficial. A language is a dialect with an army and a navy. Or, as my French teacher once said: “A dialect is the language of a people that lost the last war.”

Linguists, however, follow a different set of criteria: if two kinds of speech are so closely related that speakers can have a conversation and understand each other, they are considered dialects of a single language, but if mutual comprehension is difficult or impossible, they are distinct languages.

According to the latter critirion, Frisian is very much a language. Although a Dutchman or a German could be able to pick up on some words, it would be impossible to understand a conversation in Frisian. Conversely, a Frisian would have no trouble at all understanding a conversation in Dutch. This is because a Frisian would have been taught Dutch from a young age in school. In other words, he lost the last war.

When considering the first criterion, Frisian is still a language. Although Frisians “lost the last war” with the Dutch, the Frisian language has had a special, minority status within the Kingdom of the Netherlands ever since, and is stated in the Constitution of 1848. Within the borders of the Province of Friesland, anyone has the right to address both the local and the national administration in Frisian. It has an official written form, and Frisian courses are taught at some Dutch universities.

Within the Frisian language, there are three varieties, or main dialects: West Frisian, Saterland Frisian and North Frisian. West Frisian is spoken in the Dutch Province of Friesland. Saterlands Frisian is spoken in Saterland, a small German city. North Frisian is spoken in the northernmost part of Germany, near the Danish border, and in small areas on islands closest to Denmark. Because these regions are geographicly isolated from each other, these Frisian dialects have steadily grown apart to such a degree that inhabitants of the different regions would not be able to understand each other today. According to the linguists’ critirion, these varieties should be considered languages on their own.

Frisian and the English Language

To understand Frisian’s influence on the English language, one must look at its history. When the Roman legions left Brittannia in the 5th century A.D., the local Celtic tribes were no longer able to stop Scots and Picts from invading the North. The Celts sought the aid of Germanic tribes on the other side of the North Sea; the Jutes, the Saxons and the Frisians. As payment for their military services, these tribes were offered land in Brittannia. Boats full of Frisian mercenaries set sail for Brittannia, where the promise of land and an escape from the floods and overpopulation of their homeland appealed to them. After fighting alongside the tribes of Brittannia, many Frisians became homesick and returned to their Fryslân, while others settled in Brittannia. Places in England with names like Friston are a reminder of that time.

The Future of the Frisian Language

Although the Frisian language is protected and has special legal status in all three of the regions where it is still spoken, the two regions in the north of Germany are so small and isolated that Frisian is likely to disappear in the future. West Frisian, spoken in the Kingdom of The Netherlands, only has around 400,000 speakers and is increasingly being influenced by Dutch words.

A language is never static: it is a living thing. Just like any living thing on Earth, it either evolves or it dies out. Whether the Frisian language spoken today will evolve into a Dutch dialect, or whether it will die out, remains to be seen. Whatever the future of the Frisian language, Frisian words like  bûter (butter), tsiis (cheese), see (sea), boat (boat), stoarm (storm), rein (rain), frieze (freeze), froast (frost), and mist (mist) live on in today’s English, the lingua franca of the modern world.