How to Teach Pronunciation & Accent Reduction 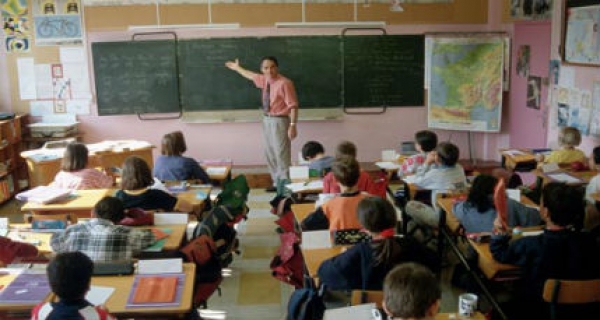 Most ESL teachers who have been teaching for some time are comfortable being assigned a reading/writing class or one that focuses on speaking and listening.

We’ve been there before; we know the textbooks, the materials, the methods. Sometimes, however, we may be assigned to teach a pronunciation class or a class with a heavy focus on pronunciation or accent reduction.

This may throw us into a panic. How do we teach a pronunciation class? What materials and/or texts are available? We may have unfavorable memories of rhymes and tongue-twisters. Am I supposed to do that for a class period with adult students? There is no need to panic. Because there is a demand for accent reduction, there has evolved a set of best practices for helping your students with their pronunciation.

1. In the beginning, assess

Tape each student reading aloud a passage from a book, for example. Many pronunciation books have such a passage that covers all vowel and consonant sounds as well as question and statement intonation in English. Look for patterns in student response: what are the common problems students seem to have? Sentence or word stress? Intonation? “R” sounds? You will in all likelihood find common areas of concern, which will suggest your syllabus for the term.

Even when I heavily supplement a text, I find it helpful to have a “core” text to rely on and structure the curriculum. Once you’ve assessed your students, you can then decide on your textbook. For example, if you have a class of students with many concerns related to reducing structure words, using correct question intonation, and connecting words in speech, this suggests a text that focuses on stress and intonation. If it’s not possible to order such a text at your site, searching the web will yield useful materials at ESL websites; in addition, many of the larger publisher websites such as Cambridge University Press have sample chapters of books that may be downloaded and copied legally and without charge.

3. Focus on the big issues

Rather than getting bogged down on the “b/v” distinction, for example, it’s more productive to work on sentence and question intonation. Almost all students are affected by issues such as intonation and stressing content words in English while reducing structure or grammar words, while relatively few are affected by the “b/v” distinction. In addition, comprehensibility is usually more affected by faulty stress and intonation patterns, such as giving all syllables in a sentence equal stress, than by not pronouncing the “r” sound as a native English speaker would.

4. Introduce a point then work in small groups

Developing native-like pronunciation requires practice and more practice. Therefore, limited time should be spent on teacher lecture and more on student work in small groups, where there is a chance for each student to practice for an extended time. Therefore, the teacher should just introduce a point, such as the raised intonation in English at the end of yes/no questions, and then students can practice in groups: Students asking each other “Do you like the university?” “Do you have pets?” “Do you have a brother or sister?” and other such yes/no questions can offer some conversational practice as well as practicing the correct intonation of yes/no questions. And by doing this in small groups, each student has more chance to practice.

5. Include a variety of senses

Using mirrors, rubber bands, and kazoos get students involved. Too often, English class does not include many different senses, focused mostly on a series of texts for reading and writing. But pronunciation class offers a chance to include different modalities of learning, such as tactile: stretching rubber bands to the length of syllables when spoken so that students involve their sense of touch and sight as well and get a real visual of what a lengthened or shortened syllable is. Kazoos, a small flute-like instrument which students can speak into and hear the “music” of their speech, can be purchased fairly cheaply at a toy store. They offer the opportunity to focus on the intonation of a sentence when speaking into it as that is what the kazoo emphasizes. Finally, small hand mirrors give each student a chance to clearly see how they are (or are not) rounding their lips for the beginning “r” sound, for example.

Pronunciation class also offers the chance to be creative. The syllabus is generally more flexible, allowing for some supplementing and varying of materials. For example, simple poems like Frost’s “Stopping by the Woods on a Snowy Evening,” not only teach students stress and intonation, but also introduce a valuable piece of American literature. Well-known short stories by Hemingway, Chopin, and Poe can also teach American literature as well as pronunciation when students read them aloud in groups. Popular music lyrics are also great for teaching intonation and stress patterns as the words are already put to a beat that often matches American English in the pattern of stressed and unstressed syllables. Film clips with analysis of the pronunciation of the actors can also be enjoyable as well as instructive: e.g., “Is the lead actor American? How do you know? What region of the United States does he probably come from? How can you tell?” are questions that can help students begin to analyze pronunciation in an authentic way, connected to how people actually sound in dialogue.

Pronunciation class is also a chance to engage in some informal assessment: assessing students regularly with relatively small tools that are used within the course of a class day, such as walking around and noting how most students are doing with the final “—s” sound, and then pulling the class together to discuss common areas of concern. More formal assessments might include students taping themselves reading a passage that emphasizes a particular pronunciation issue or giving a short speech in front the class, which may be graded by a rubric.

The pronunciation class can often feel like a “no-man’s” land, where no one has gone before.

By carefully assessing the students and building a curriculum around common concerns, a well-structured pronunciation class may be designed.

Tweet
More in this category: « Is Frisian a Language or a Dialect? How to Teach Grammar: What Methods Are Quickest and Easiest? »
back to top