Learning language in the womb 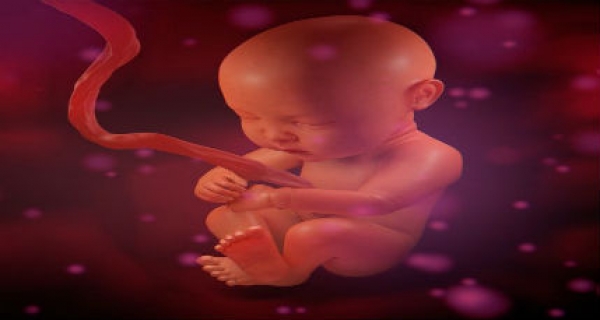 Babies start to absorb language while they are still in the womb, according to a study published in the journal Acta Paediatrica.

The study suggests that brain and sensory mechanisms for hearing have developed by 30 weeks of gestation and concludes that unborn babies are listening to their mothers talking during the last 10 weeks of pregnancy. A few hours after birth they can demonstrate learning in the womb by differentiating between the sounds of their native language and a foreign language.

While it was already known that babies were born with the ability to learn and were able to discriminate between language sounds within their first few months of life, the researchers claim that this study provides crucial evidence that recognition of speech sounds had occurred in the womb.

According to Christine Moon, lead author and a professor of psychology at Pacific Lutheran University in Tacoma, Washington:

"We have known for over 30 years that we begin learning prenatally by listening to the sound of our mother talking. This is the first study that shows fetuses learn prenatally about the particular speech sounds of a mother's language. This study moves the measurable result of experience with speech sounds from six months of age to before birth."

Patricia Kuhl, co-author and co-director of the Institute for Learning & Brain Sciences at the University of Washington said:

"The mother has first dibs on influencing the child's brain. The vowel sounds in her speech are the loudest units and the fetus locks onto them."

Together with Hugo Lagercrantz, a professor at the Karolinska Institute in Sweden, the researchers studied 40 male and female infants, ranging from seven to 75 hours after birth, at Madigan Army Medical Center, Tacoma, Wash. and another 40 babies at the Astrid Lindgren Children's Hospital in Stockholm, Sweden. While still in the nursery, the babies listened to two sets of 17 vowel sounds, one set in English and the other in Swedish. Half of each group heard native sounds and half heard foreign sounds.

The researchers correlated infants' interest in the sounds they heard with how long they sucked on a pacifier wired into a computer. Longer or shorter times of sucking for unfamiliar or familiar sounds was seen as evidence of learning - indicating that the babies could differentiate between the sounds heard in utero.

The research team regard infants as the best learners and say that finding out how they absorb information could provide us with insights on lifelong learning. Patricia Kuhl said:

We want to know what magic they put to work in early childhood that adults cannot. We can't waste that early curiosity."

More in this category: « What’s the language of the future? Αποτελεσματική διδασκαλία της Αγγλικής γλώσσας »
back to top