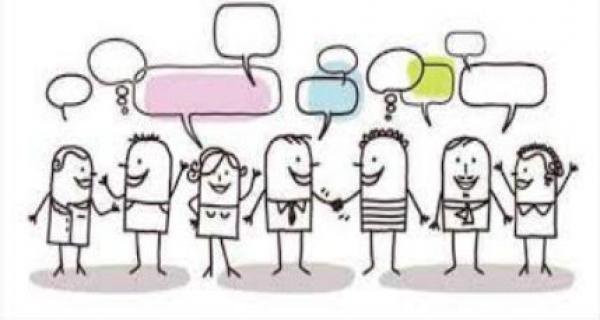 We are all aware that different languages have different words for the same concept, as when English 'dog' shows up in Spanish as perro or in Japanese as inu.

And we are all aware that different languages are pronounced in different ways, so that the strongly trilled 'r' of Spanish perro is alien to most varieties of English. But equally important is the fact that languages differ from one another in grammar.

The student bought the book.

In Welsh, the usual order is for the verb to come first, followed by the subject, followed in turn by the object:

bought the student the book

The student bought the book.

A few languages have the order object-verb-subject, exactly the opposite to English, e.g. Hixkaryana, spoken by some 400 people on a tributary of the Amazon River in Brazil:

The jaguar grabbed the man.

These differences would surely be soon noticed by anyone involved to any depth with the languages in question. But there are other differences in grammar between languages that are much more subtle. Let us take the English sentence I saw you, and came here. The first part of the sentence (before the 'and') is a complete sentence in its own right—the subject of the verb 'saw' is overt, appearing as the word 'I'. But the second part of the sentence is not complete in itself; its subject is missing. However, as speakers of English we have no hesitation in interpreting the second part to mean 'I came here', and not to mean 'you came here', although there is no logical reason, other than the requirements of English grammar, that this second interpretation should be excluded.

Do all languages behave like English in this respect? No. In Dyirbal, an almost extinct Australian Aboriginal language of northeast Queensland, the sentence Ngadya nginuna buran, baninyu looks very much like the English sentence. Indeed, the first part of the sentence, before the comma, does mean 'I saw you'. However, the second part is interpreted to mean 'you came here', not 'I came here':

I you saw came here

I saw you and you came here.

If languages can differ from one another in these ways, one might ask: Are there any restrictions on the ways in which they can differ from one another? Are there some general properties that are common to all human languages? There are. For instance, many languages use differences in the order of elements to carry differences in meaning. In English, one difference between the statement The green parrot can speak Hixkaryana and the question Can the green parrot speak Hixkaryana? is a difference in the order of elements of this kind, more specifically inversion of the subject and the auxiliary verb. But no language is known to relate sentences by inverting the order of sentences of indefinite length (so that the question would appear as Hixkaryana speak can parrot green the?). Linguists believe that such a relation would violate constraints on humans' linguistic ability. In other words, while languages can be astonishingly different from one another—and this is why it is important for linguists to study languages of as many different types as possible—there are nonetheless features that unite all languages as different manifestations of the human language ability.