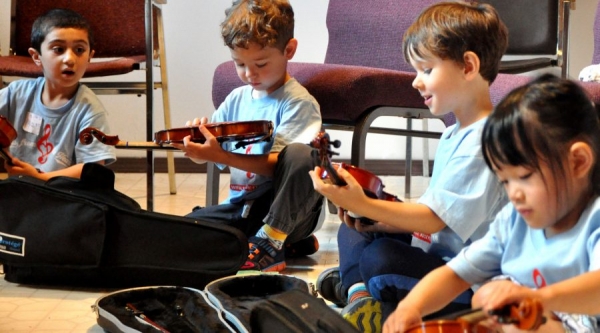 Music is becoming the “preserve of the privileged few” because state schools are abandoning the subject in droves, the House of Lords has been told.

The discipline now faces an “existential crisis” as it increasingly drops off the syllabus, according to Lord Black of Brentwood.

Addressing the Lords during a debate about the state of music education in schools, Lord Black, who is chair of the Royal College of Music, warned that music is “literally disappearing from our schools”.

“Rather than it being the fundamental right of all children, it is rapidly becoming the preserve of the privileged few at independent schools, as it dies out in the state sector,” he said.

“Music in this country is now facing an existential crisis which only urgent radical action from government will be able to reverse.”

He said he called the debate after presiding over the graduation ceremony at the Royal College of Music where dozens of musicians and their parents told him of the decline of music in their local area.

One in five schools has given up teaching Music GCSE entirely, the Lords heard. Only 35,000 pupils had completed GCSE music in England this summer, a decline of 23 per cent since 2010.

Meanwhile, entries for Music A-level have fallen by 40 per cent since 2011. “Those shameful figures are part of a wider picture of music in ferocious decline in our schools,” said Lord Black, who is the deputy chairman of Telegraph Media Group.

He said that “much of the blame” for the decline in music teaching at schools lies in the introduction of the English Baccalaureate (EBacc) in 2010 as a new accountability measure for schools.

The Ebacc was been championed by former education secretary Michael Gove in a bid to reverse the "dumbing down" of GCSEs.

In order to obtain the award, students must obtain five A*-C - or numeric 4-9 grades - in maths, English, the sciences, history or geography, and a language.

Lord Black said that the Ebacc has led to arts subjects being “downgraded and punished” since secondary schools have no incentive to offer them as GCSE subjects.  He argued that music education should be a priority for ministers because the creative industries generate £92 million a year and is growing at twice the rate as the economy as a whole.

Music is also a “formidable instrument for soft power”, he said, arguing that “our worldwide reputation for musical excellence” will be an “engine for prosperity” in post-Brexit Britain.

The Earl of Clancarty, a crossbench peer, agreed that music is “under threat” in Britain, and accused ministers of “burying their heads in the sand” rather than address the problem.

Lord Lingfield, a Conservative peer and chair of the English Schools Orchestra, added that it would be a “huge dereliction of our duty” to the next generation if music “becomes largely the province of independent schools”.

Responding on behalf of the Government, Lord Agnew, a schools minister, told the Lords that music is statutory in the national curriculum, meaning that every child must study the subject from age five to 14.

A network of music hubs is being set up to support schools, he said, adding the Government will be announcing the next stage of their national music strategy in the coming months.

Tweet
More in this category: « GCSE textbook saying working-class pupils lack right attitudes to succeed to be rewritten How To Teach Your Kids About Other Cultures »
back to top