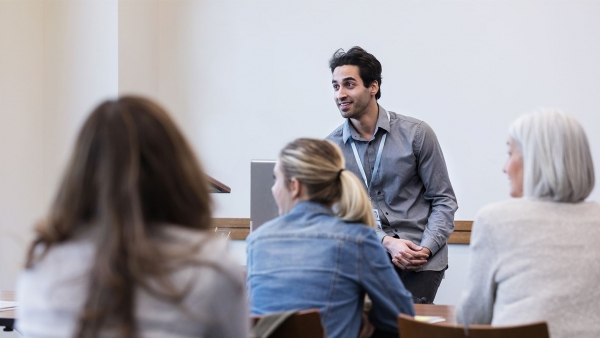 It’s possible to improve communication with parents and guardians of high school students by rethinking a few outreach strategies.

Educators understand the importance of parental involvement in a student’s life. In graduate school, my statistics professor told us that parental support is an underlying factor influencing all research studies. By that he meant whatever we as graduate students researched for our thesis, such as correlations between experiences in nature and achievement scores in science class, the ever-greater correlation with academic success is parental support.

Leveraging parental influence is so important, and I struggled with communicating with parents at my high school. Emails, phone calls, and open houses didn’t really produce the type of parent engagement that kids needed in such a difficult school year.

Emails were the easiest for me, since I could send them en masse to a whole class of parents, but I rarely got a response or even a confirmation that the email was read. Then, I would make phone calls. If you’re like me, however, the thought of calling parents due to behavior or grades produced a tad bit of anxiety. When I did muster the courage, as well as carved out the time to call parents, I often left a voicemail and hardly ever received a return call.

I get it. Answering a phone call at work is sometimes not doable. Personally, I don’t like talking on the phone in the era of texting. Additionally, open houses are a time when teachers stay into the evening and parents can drop by and meet them, but barely any parents attend. Last year I had one family take part in that event.

There had to be better ways to engage parents.

Google Voice: An English teacher at my school introduced me to Google Voice. Last year, she lamented how parents never responded to emails, but when she started texting parents using Google Voice, the response rate increased significantly. She had conversations with parents that she wouldn’t have had otherwise; parents became more aware of missing assignments, and students began turning in work, resulting in increased class pass rates.

There are many benefits for teachers. They still get to keep their personal phone number private, and they can turn off Google Voice once the school day ends, allowing them to recharge both their phones and themselves. To create a Google Voice phone number, teachers need only a Google account. Texting, instead of calling, saves time and is more convenient for teachers and parents.

Interest-based open houses: In my experience, a traditional open house is generally not well attended. But when we had programs focused on a smaller population of the school, parents attended in significantly higher numbers. For example, my school had an AP Info Night that focused on explaining the benefits of AP and the classes we offered. Introduction meetings for ACT Academy, an after-school program focused on test prep for the ACT, also had a good attendance rate. Open houses that are smaller and more personalized, and focused around a particular interest, improve parent engagement.

Attending extracurriculars: Many parents are very passionate about their child’s extracurriculars, such as athletics, theater, arts, or robotics. I was asked a few months ago to be the scorebook keeper for basketball games for the high school teams. Since I have difficulty saying no, I marked off 10 evenings in my calendar for this responsibility. In the span of just a few games, I had good conversations with more parents than I ever had in the confines of my classroom. We talked about anything from previous teachers to current academics to challenges in our area of South Knoxville, Tennessee. I felt like I was truly part of the community.

Of course, it’s not just athletics; students are involved in many extracurriculars. The school musical, marching band competitions, choral concerts, and robotics competitions are just a few examples of where teachers can interact with parents while simultaneously supporting students. A teacher’s presence at these events communicates to both students and parents that they care about kids beyond any test score.

Admittedly, it’s very difficult for some teachers to attend extracurriculars. Teachers might have responsibilities with younger children they need to pick up from day care or with older children involved in their own extracurricular events. Some teachers have a part-time job in the evenings to help pay bills. Other teachers serve as bus aides before and after school, and that requires a great deal of time and energy. Attending extracurriculars is going above and beyond expectations.

Let’s be clear, this school year is challenging, and teachers are doing so much already. There’s pressure to make up for lost time from closures and virtual learning, and students are misbehaving, not turning in work, and glued to their phones, further compounding academic problems. Teachers shouldn’t overextend themselves and go to every extracurricular event, which would be impossible anyway due to the quantity of activities taking place after school. It’s good to know one’s limits.

Since parents and guardians are such important stakeholders in a child’s education, let’s find the best and most effective ways as educators to communicate with them. In a school year requiring so much energy regarding mask mandates, student behavior, improving academic performance, and giving kids a safe space, teachers need all the help that’s available.

Tweet
More in this category: « 4 Principles of a Universal Design for Learning Approach A Simple Tool for Aligning Instruction and Assessment »
back to top