There’s a Cell Phone in Your Student’s Head 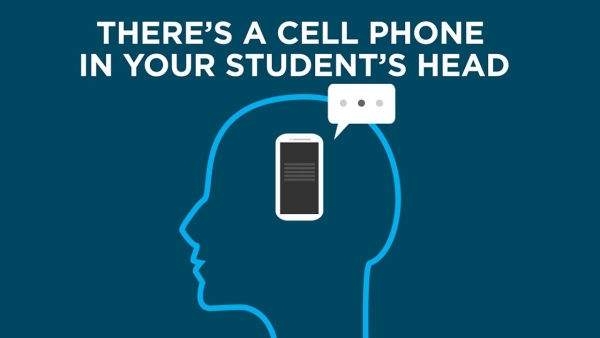 A 2017 study found that cell phones that were turned off and stashed away silently reasserted themselves—distracting working students anyway.

Many studies have investigated the so-called “downstream” effect of cell phone presence on learning. Students who split their attention between a learning task and texting on their cell phones or accessing Facebook, for example, perform poorly when compared to students who are not dividing their attention.

But recent research from the Journal of the Association for Consumer Research suggests that cell phones might have a negative “upstream” impact on learning, too.

The authors propose that the mere presence of a cell phone, even when it is silenced and stored out of sight, might be undermining our ability to focus.

“The presence of one’s smartphone enables on-demand access to information, entertainment... and more,” the study concludes. “However, our research suggests that these benefits—and the dependence they engender—may come at a cognitive cost.” A bevvy of other studies, meanwhile, clearly indicate that environments or activities that divide our attention can hurt us when taking tests and especially when encoding new learning.

Taken together, there’s increasing evidence that the presence and usage of the cell phone in the classroom—while not necessarily detrimental in all contexts—should be carefully monitored, intentionally structured, and even restricted in some cases.

Tweet
More in this category: « A Powerful Model for Understanding Good Tech Integration Helping Students With ADHD Stay Organized »
back to top