One Little Thing: Small Efforts Can Make a Big Difference 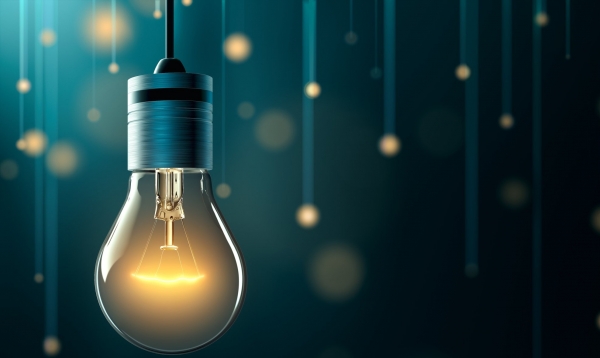 An article in the September 2006 issue of Fast Company magazine called "How Many Lightbulbs Does it Take to Change the World" caught my eye. It describes what a difference it could make if we all used those new twirly bulbs -- compact fluorescent lightbulbs (CFLs). Those little babies use so much less energy and last so much longer than traditional bulbs that I am convinced they do have world-changing potential. Wow -- the power of one small thing.

Recently, when I was scheduled to fly to New York for work in a Connecticut school, I parked my car at the parking lot near the airport, and I was asked if I wanted a ride over to the terminal. As usual, I responded, "Sure, thanks." But it was not to be, because, thanks to the Fast Company article, when I walked outside and saw the twenty

passenger bus that was going to provide that ride over to the airport, I saw it in a new way. And I decided to act on the way I saw it.

I stepped back into the office and said, "Hey, thanks for the ride offer, but I think I'll walk." And off I went, making it to the terminal in about six minutes and into the gate area in ten. Turns out I really didn't need that ride. Probably won't need it next time, either. One person, and one little thing, but I am starting to think.

What is the one-little-thing technology tool or resource that might have the potential to radically transform your school? Would it be every teacher having a personal Web page that links students directly to online resources that support diverse learners? Is there a specific Web resource that everyone should use? What if every classroom had an Internet-connected computer and a projector? Maybe it isn't hardware you are thinking of. Perhaps you'd like it if every teacher were asked to share his or her uses of technology and inspire each other to give things a try.

So think about it, and share what you think is that one little thing. Oh, also, please go get some of those twirly lightbulbs, and let's all get to work on helping change this world!

Tweet
More in this category: « In Defense of School Counseling A Powerful Model for Understanding Good Tech Integration »
back to top