3 Lessons Learned as a New Teacher 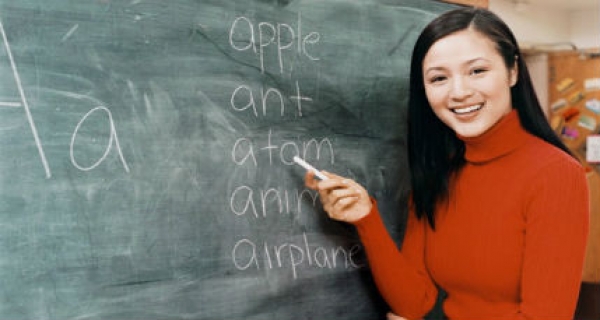 Many new teachers are told they need to be more strict, but that may not be the best advice for everyone.

I remember well the challenge of being a new teacher and creating a welcoming yet well-managed classroom.

And though I realize that everyone is going to learn from their own experience, I think back on a few episodes from my early years that may benefit new teachers as they work through the many issues that come from developing an individual style of classroom management.

Each is centred on a brief quote—the first I heard from a student, and the next is a piece of advice I got from a more experienced colleague. The last is something I learned early on to tell my students.

I was stunned that a middle school student would step into my classroom and determine that I would not like her from the get-go. I don’t remember exactly what I said, but I think and hope it was some version of “I’m going to like you. Reading has nothing to do with it.”

The first idea that I bring to the work of establishing a welcoming and high-functioning environment is to find reasons to like students. Our care for students does not take into account how well they perform on benchmarks, end-of-the-year tests, or even daily work. Our care of them is not conditional—it’s necessary because they are in our care.

I quickly realized I was seen by my students only as a teacher, not as a rounded person, and that led students who didn’t like my content area to assume that we might have problems.

I also realized I was working with children who were constantly reminded of their strengths and challenges on metrics throughout the academic year. I represented a content area that some students loved and others hated. My job was not only to change the story of what success is but also to challenge the idea that academic struggles lead to a disconnect between teacher and learner. Metrics did not tell the full story about my students, just as the phrase “English teacher” doesn’t sum up my identity.

We can like our students through struggle and strife, and I was glad when the confrontation above, which could have led to a poor relationship with a student who saw herself as inadequate and uninterested, turned into positive rapport.

“YOU’RE GOING TO HAVE TO GET MEANER”

An unofficial part of the job in my first year was showing students to their bus locations at the end of the day. Seeing my patient approach to this and noticing my lack of forcefulness, a colleague told me, “You’re going to have to get meaner”—advice that so many new teachers receive.

I was a shy 20-something who was not quite sure how to corral students in the unstructured environment of the hallway. In fact, in those days I have sometimes mistaken for a student myself.

I wish I could say I ignored this advice from the get-go, but I tried to “man up” in the next few weeks. I watched what other educators did, and I emulated their stern demeanour. After a short while, I found that I didn’t like myself very much in that role—I didn’t become a teacher so that I could get better at being mean. What I learned—and what I now share with new teachers—was that I could be calm, disarming, and firm, and set reasonable boundaries.

My work with students was based on those boundaries, which I set up early each year, held to consistently, and learned how to rework as I gained more experience.

Teachers are the adult in the room, but being an adult need not equate to being mean.

“IT’S YOUR CLASSROOM TOO”

The voice of the teacher can shape a classroom meaningfully, but students also have voices. To this day, when a student has a question or wants to share an insight, I try to say, “It’s your classroom too.” I’ve found that middle school students most definitely want to have their voices heard.

For new teachers, it can be difficult—in the midst of learning a new curriculum, the way things are done in a new school, and a lot of student names and traits—to also remember to make space for student perspectives to shape what happens in the classroom.

Is an interruption an attempt to be disruptive or an opportunity to seize on a student’s perspective? Both are possible.

In a world of scripted curriculum, pacing mandates, and a multitude of standards, the idea of including student voices may seem like a tall order. It can be done by inviting students to share their perspectives when they’re reading and writing—thoughtful times when students may have options about how they want to share their learning.

One of the best ways to manage a classroom might just be to get to know students and hear them at times—while still getting the work of teaching done.

Tweet
More in this category: « Inspire Students With an Author Visit. Supporting Students in the Hospital »
back to top