The Many Benefits of a Middle School Drama Club 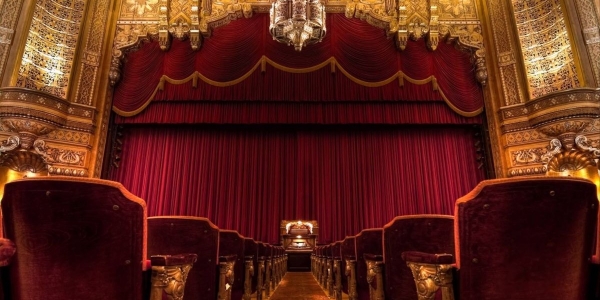 A drama club gives students an outlet for interests that go beyond acting and leads to friendships across grades.

I began my teaching career in a small school district that had limited options for middle school extracurriculars, but even before the school began I was thinking about starting a drama club. When a student told me on the second day of school that he wanted to be an actor, I knew that at least one student would be interested.

It took me a couple of months to fine-tune the logistics of the club, and I wondered whether enough students would sign up to put on a production in the spring. Once I had permission to produce a play and felt confident that I could do it, I printed permission slips and put an ad in the morning announcements. Within a day, students had picked up all of the permission slips and I had to print more. Over 80 students joined the club.

After auditions, I scheduled one rehearsal a week after school. Students who didn’t want to act signed up for the crew—props, costumes, or lights and sound. Directing the actors on stage and delegating tasks to the crew members was a lot of work: I had over 80 students who all needed a job to do. This role demanded a vast amount of time, and I stressed out. I came in over school breaks, and we made props and costumes with recycled materials as we had no funding, but by some miracle, we got the job done.

WHAT STUDENTS GAINED FROM THE DRAMA CLUB

Despite the stress, there were real upsides: I was able to build deeper relationships with every cast and crew member. Instead of sitting in a classroom and finding the theme of a text, we were now finding talents my students didn’t even know they possessed. They gave me an insider’s glimpse of their interests.

It was clear that no one had noticed that some of them had an amazing singing voice, or that they could sew unbelievable costumes, or that they could construct giant wooden props. For a majority of them, the drama club was the reason those talents were fostered, and many students went on to sign up for junior high electives that matched those talents.

For many middle school students, social life proves to be a challenge. Students begin to form cliques, and many students lack a sense of belonging. The drama club provided a remedy for many students: The 80 participants included athletes, musicians, gamers, cheerleaders, artists, gifted and talented students, and students in resource classes.

I watched over the course of the year as new friendships flourished among all these different groups. Sixth graders talked about the sleepovers they had planned with fifth-grade peers. Students who had never spoken prior to the club would walk home together after rehearsals. And over the following summer, parents uploaded pictures of the drama club kids at cookouts together. The club that was started with no money created relationships that lasted well beyond the spring production. Students who had once claimed to have no friends now had 80.

Many of the students who joined the drama club were introverts who, during rehearsals focusing on voice projection, would giggle when I told them to speak from the diaphragm. We began each rehearsal with improvisation games that had an enormous impact on teaching my students to leave all of their inhibitions at the door. They learned to laugh at themselves and to laugh with each other. They learned to be more confident and comfortable with public speaking. Many of these quiet, shy students went on to perform in the school talent show, which would have been too nerve-racking for them previously.

The benefit of this shift, this increase in comfort with public speaking and performing, was also evident in the classroom as their presentations were greatly improved and group work became easier for them. And new students always found someone to greet them.

Many weeks, I would leave rehearsal thinking that I was in over my head. At times, I told myself there was absolutely no way that I would do it again next year. But at the conclusion of the play, I was a swarm of emotions and realizations: I had overseen the production of all of it, but every piece of the set and every costume was created by students—and it all looked incredible.

So many of our students need someone to invest in their interests and provide an outlet for them to reach success outside of an academic setting. Although it requires a lot of time and an endless amount of patience, the benefits of an investment like leading a drama club are immense. I was a first-year teacher with absolutely no idea what I was doing, but by the end of the year, many students had formed surprising friendships, introverted students were performing in lead roles, and as a group they produced a show that audience members said was the best they’d ever seen.

By Aubrey Edwards , for edutopia.org

Tweet
More in this category: « How to Support Home Learning in Elementary Grades Boosting Student Engagement... With Rubber Ducks? »
back to top