A Glorified Whiteboard: It's a Wiki World 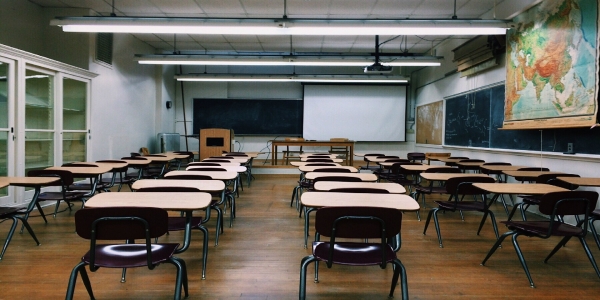 To most, the word wiki signals Wikipedia, the online encyclopedia that launched a thousand debates about the veracity of collaborative information. But don't confuse Wikipedia with the technology used to create it: A wiki, according to Adam Frey, cofounder of the wiki-hosting company Wikispaces, is little more than "a Web page with an Edit button on it." Wiki technology is what makes Wikipedia possible, but it can be used for virtually any collaborative project.

Last fall, Wikispaces launched its 100,000 Teachers Program, which is putting free wikis into the hands of educators nationwide. By the last count, it has distributed nearly 18,000 wikis, but one of the most enthusiastic adopters so far has to be Victoria Davis.

"Basically, within twenty minutes I can make an expert on a topic," boasts Davis, a teacher and all-around tech-integration cheerleader at Westwood Schools, a private K-12 college-prep academy in Camilla, Georgia. In Davis's classrooms, wikis are another way to get students to teach themselves about new concepts and terms.

"Take, for example, 'Web 2.0,'" she says. "I take six new terms having to do with 'Web 2.0' and create a page in the wiki for each term. I give the students a template and say, 'This is a structure of what I want you to find. Find examples, write reviews.' Then I pair them up, and they complete the wiki forms in groups. They have to ask themselves, 'What do I not know about this topic?' So they formulate their questions and go on the Internet -- no copy and pasting allowed -- and every source is hyperlinked."

Another of Davis's projects has her tenth graders collaborating on a joint wiki with a class in Bangladesh, based on Thomas Friedman's book, The World Is Flat. Together, the two classes will create a wiki encyclopedia of the impacts of Friedman's so-called flatteners -- offshoring, open-source technology, the fall of communism -- as observed from Camilla and from Dhaka.

Thanks to the wiki software, each class can collaborate on the same pages, editing and enhancing each others' content as they see fit. But wikis are repositories for more than simply print content, says Frey. "Teachers find wikis very useful for tying together different kinds of technology that they're using in the class. So they can have a wiki that ties into their blog, into their podcasts, videos, a group calendar."

Significantly for teachers, a wiki's editing tools mean that all contributions are trackable, allowing teachers to see which students are contributing, and how much and how thoughtfully. Davis uses that information to grade her students' wiki projects, using such criteria as to how organized the wikis are, how imaginatively students use multimedia, and how original and useful the content is. And, because wikis retain their history, Davis can always go back and recapture deleted information.

Better yet, wikis don't go away. Unlike the traditional poster-board presentation, gathering dust in a locker, wikis are always available, always updatable. "Later in the year, they can go back to their wiki and refresh their minds," says Davis. "It's a repository of information."

According to Frey, some teachers find that wikis demand a small but important mental adjustment: No matter what role wikis play in the classroom, teachers have to be comfortable with the idea that no one person is solely responsible for their content.

Says Frey, "Wikis work best when you trust your audience, in a trust-and-verify model. Traditionally, the approach to these kinds of tools has been, 'Let's make sure only the right people access it, that entries are moderated, that comments are approved before posted.' But the wiki model doesn't really work that way. Wikis work best when everyone is allowed to contribute the way that's best for them, and the group moderates that information." And that means having faith in your students.

Davis says her students rise to the occasion, taking a greater stake in their wikis than in other kinds of projects. "The wikis are posted for other students to read," she adds, "and they're so proud of them that they say, 'Look what I found out!' They work on it in study hall, on the weekends, and they find something a week later and say, 'I need to go back and correct it.'"

Of course, not all students are so gung-ho -- especially, perhaps, in schools where students have less access to technology and learn in more crowded classrooms. Chris Johnston, a high school teacher at Lansing High School, in upstate New York, launched his school's wiki as a voluntary project, creating a series of pages addressing the question, "Who are the students of Lansing High?"

"I thought that since wikis are dynamic and dialogic, it would be interesting for students to define something that's constantly changing, using a medium that's constantly changing," says Johnston. Some students were enthusiastic about the project, but ultimately, it fell far short of Johnston's expectations; perhaps, he says, "it's a case of too much freedom." According to the school's wiki, students at Lansing define themselves in two main ways: Ewoks and the football team. Still, students do seem intrigued by the concept.

"I think you should redefine your question to something a bit more concrete and centred on something more specific like what are our greatest accomplishments according to us, our peers, our parents, our teachers," one contributor remarks.

Johnston plans to make wikis a more central part of the curriculum by encouraging students to contribute not just to the Lansing wiki but also to Wikipedia itself. "It gets old when your only audience is your teacher, for the most part," he says. "So, if you're publishing this work on Wikipedia and you see it edited by someone else, that creates a whole other set of issues to think about it." Ideally, Johnston's students will see their words published, in effect, and will experience the privilege and responsibility of adding their ideas to a large, authoritative resource -- kind of like being editors of a regular old hard-copy encyclopedia.

"I hesitate when people say it's a new paradigm," says Frey. "Look at the blackboard, which has been in the classroom since who knows when. A wiki is really a glorified whiteboard -- anyone can add to it, change it. This isn't something that teachers have to evolve to adopt; it's simply an extension of that technology."

Tweet
More in this category: « 7 Reading Readiness Apps for Special Needs Students
back to top