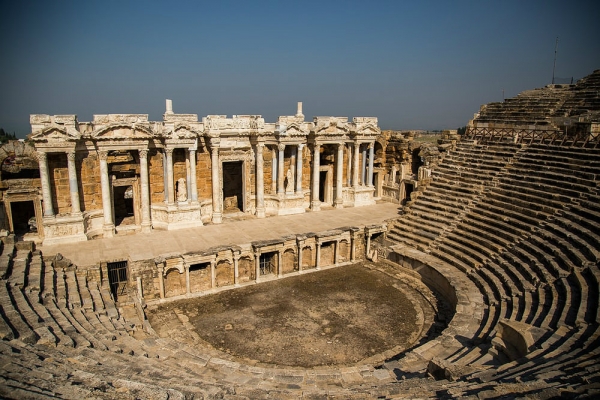 Explore resources and case studies that demonstrate how to bring restorative justice to your school or classroom.

Restorative justice empowers students to resolve conflicts on their own and in small groups, and it's a growing practise at schools around the country. Essentially, the idea is to bring students together in peer-mediated small groups to talk, ask questions, and air their grievances. (This four-part tutorial from the Centre for Justice and Reconciliation is a wonderful primer.)

For the growing number of districts using restorative justice, the programs have helped strengthen campus communities, prevent bullying, and reduce student conflicts. And the benefits are clear: early-adopting districts have seen drastic reductions in suspension and expulsion rates, and students say they are happier and feel safer.

In practice, these programs vary by district, but inclusion, bringing affected parties together, making amends, and reintegrating students into the classroom community are traditionally common pillars. Whether you're new to restorative justice or well-versed in the subject, looking at the evidence and examples of successful programs can be fascinating. We've compiled a range of resources to help you learn more, see programs in action, and develop an implementation plan.

Rolling out a restorative-justice program, whether in the classroom or across a school or district, requires comprehensive planning. Fortunately, there is a range of valuable resources that will help educators learn more about the subject and develop a plan that fits into their objectives. Here are a few guides from restorative-justice practitioners and advocates that offer insight:

Implementing Restorative Justice: A Guide for Schools: Produced by the Illinois Criminal Justice Authority, this comprehensive guide focuses on ways that schools can integrate restorative-justice practices at their school. The guide looks at challenges to implementation, defines the subject, and provides three approaches to using restorative justice in school.

Restorative Justice -- A Working Guide for Our Schools: This guide from the Alameda County Schools Health Coalition covers a range of topics, including an in-depth introduction, examples of restorative practices, and the impact these programs can have.

Restorative Justice -- Fostering Healthy Relationships & Promoting Positive Discipline in Schools: You'll find many different examples of restorative practices in this guide from the National Opportunity to Learn Campaign. In addition, the guide provides implementation tips and strategies, as well as examples from school districts.

Restorative Practices - Whole-School Implementation Guide: The San Francisco Unified School District uses restorative practices throughout the district. This guide provides a framework for planning, implementing, and using restorative practices across a school or district. There are many useful insights into the unique considerations of implementing a program. Also, check out the district's useful curriculum-planning resources.

Oakland Unified School District first implemented its restorative justice program at one school in 2007. Since then, it has expanded, and the district has seen promising reductions in suspensions, in addition to increased attendance.

The program is broken down into three tiers. In the first, entire classrooms come together in community-building circles to talk about problems and voice their concerns, which encourages peer-to-peer respect. For specific conflicts, though, smaller groups are used, which bring together the harmed student, the person causing the harm, and a group of their peers or adults. A third tier is reserved for student reintegration following suspension.

The restorative-justice program at Ypsilanti High School engages students in peer mediation in a "conflict resolution centre." These interventions are designed to help resolve conflicts before they turn into bigger issues. For conflicts that have already happened, say a fight, all students involved as well as their peers participate in a "restorative circle," which allows the student who has caused the harm to hear the views of peers.

"School Hopes Talking It Out Keeps Kids From Dropping Out," by Jennifer Guerra, National Public Radio (2013)

In 2013, Edutopia visited Glenview Elementary School in Oakland, California, to learn about their use of dialogue circles. In dialogue circles, students sit facing each other to facilitate open dialogue. Glenview uses these gatherings to check-in, to settle disputes, and for academic interventions. Check out a document the school shares with parents to introduce them to restorative justice.

Tweet
More in this category: « Preparing Social Studies Students to Think Critically in the Modern World 2019 Education Research Highlights »
back to top