5 Tips to Increase Your Assertiveness 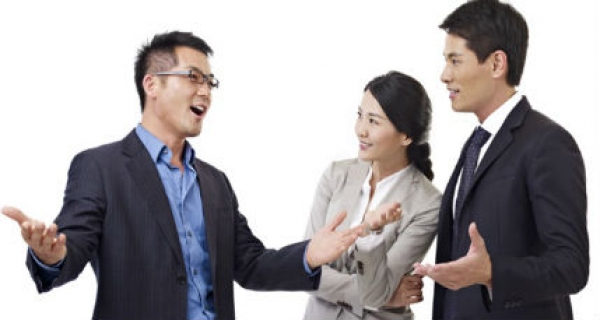 Assertiveness is all about being present in a relationship,” according to Randy Paterson, Ph.D, a clinical psychologist and author of The Assertiveness Workbook: How to Express Your Ideas and Stand Up for Yourself at Work and in Relationships. In other words, you’re able to articulate your wants and needs to the other person, and you welcome their wants and needs as well.

Being assertive is starkly different from being passive or aggressive. Paterson has a helpful analogy that distinguishes the differences. He explained:

In the passive style, all the world is allowed on stage but for you — your role is to be the audience and supporter for everyone else. In the aggressive style, you’re allowed on stage but you spend most of your time shoving the others off, like in a lifelong sumo match. With the assertive style, everyone is welcome onstage. You are entitled to be a full person, including your uniqueness, and so are others.

“Assertiveness involves advocating for yourself in a way that is positive and proactive,” said Joyce Marter, LCPC, psychotherapist and owner of Urban Balance, LLC. It also means being clear, direct and honest, she said.

Why Some People Aren’t Assertive

Why are some people assertive while others aren’t? Many factors may contribute. Stress is one. “The fight-or-flight response is an evolutionary adaptation that pulls us toward aggression or avoidance, and away from calm, relaxed assertiveness,” Paterson said.

A person’s belief system also plays a role. According to Paterson, these assertive-sabotaging stances include: “Being nice means going along with others” or “It doesn’t matter if I’m assertive, no one will pay attention anyway” or “He’ll leave me!” That’s why it’s so important to become aware of these beliefs. “[This way you] can examine them clearly and rationally and decide what to do,” he said.

People with low self-esteem may feel inadequate and have a hard time finding their voice, Marter said. Others might fear conflict, losing a relationship, criticism or rejection, she said.

If you’re a woman, you might’ve been raised to set aside your needs and opinions and support and agree with others, Paterson said. If you’re a man, you might’ve been raised to react aggressively with a “my way or the highway” view, he said. Or just the opposite, you might want to be completely different. “[These individuals may be] fearful of provoking aggression when they are present in relationships, or of being ‘a jerk like my father was.’”

How to Be Assertive

Assertiveness is a skill that takes practice. It may always be easier for you to swallow your feelings, scream at someone or give them the silent treatment. But assertiveness is a better strategy. It works because it respects you and others.

Top 7 Major Roles of a Headmaster

How to attract Parents, Students to your…

How to keep your students motivated

Fitness-Based Classroom Activities Can B…