Do idioms really call the shots? 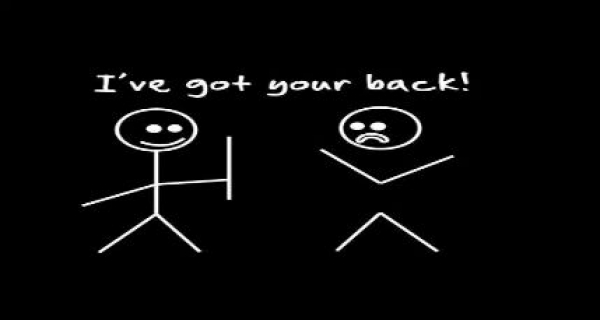 There is no denying that idioms put most learners of English through their paces as the former seem to crop up without rhyme or reason. You see? Even an introductory article concerning idioms cannot be totally bereft of them, so to speak!

Things are considerably easier when it comes to learning the rudiments of the language: the essentials of grammar, some sophisticated or advanced vocabulary, some elaborate constructions such as inversion, etc. Nothing daunted! But as soon as students cross the threshold of First Certificate or Proficiency in English, they begin to quail at the prospect of dealing with phrases whose meaning is at odds with the meaning of the words comprising them! As for teachers, it seems that they would be better off without them. Well, on reflection, this stands to reason. By virtue of there being a great, overwhelming difficulty on the student's as well as on the teacher's part in tackling indisputably "thorny" and abstruse idioms, many books may have baffled those who aspire to familiarize themselves with what is called "a problematic area." Either by providing lists of idiomatic phrases with no explanations or contexts of any kind, or by furnishing examples that do not sufficiently illustrate the meaning of each idiom, a lot of dictionaries and reference books contrive to "inundate" learners with seemingly trivial and frustrating phrases and expressions rather than guide them on how and when to use them. To this end, an effective treatment of idioms should provide the correct semantic, pragmatic and linguistic framework, namely, context and co-text, thereby highlighting the significance and "merit" of each idiom. In this way, the learner becomes conversant with many ways of saying the same thing, and does not revert to using common standard English.

So, how do we set about explaining idioms? Saying to a student that to kick the bucket means to die is like trying to teach Maths without a blackboard! It seems to me more of a forlorn hope than a sound teaching strategy. According to my own lights, what is needed is simple, albeit of paramount importance: context. I wonder why we have flouted and overlooked this significant parameter. If a student uses a tense incorrectly or commits any other error, such as a prefabricated pattern, to the effect "I don't know where is he" instead of "I don't know where he is", the teacher hastens to correct him / her. Why is it that the very same, punctilious teacher underplays idioms and their correct framework? Is it because he / she rates linguistic competence higher than communicative competence and performance? I am afraid that we cannot hold out much hope of mastering a language by dint of linguistic competence alone. Sooner or later, all these hordes of linguistically competent speakers are thwarted in their aspirations the very first time they engage in conversation with a native speaker. Once again, context is the keynote and remedy. Let us see why this is so.

Imagine that in his attempt to explain the idiomatic phrase to bite the dust, your teacher comes out with something like this:

A "perspicacious" student may understand that alongside the phrase to bite the dust, he can use to kiss the dust and to lick the dust, as well. Furthermore, he is acquainted with the semantic meaning of the idiom: die or cease to function or exist. What about its pragmatic meaning? Who or what dies or ceases to function or exist? And when? Are any of these elements provided in any way by means of this explanation? Not by a long chalk, one would exclaim. Certainly not, I would say. Well, the word slang may vaguely provide one with part of the pragmatic component of the meaning of the phrase, yet its contribution falls short of its aim. The befuddled student may realize that this expression cannot be used in formal contexts but he /she is still groping in the dark. Equipped with this knowledge, how would the poor learner of English idioms use this phrase in his own example? It is flagrantly obvious that he would rather go out for a walk than subject himself to this ordeal. Who is to blame, really? The teacher, the student, or the book? That is anybody's guess!

What if the book or the teacher provided an example in order to illustrate the meaning of this phrase? Let us see how:

"Our old washing machine has finally kissed the dust! It's about time we bought a new one!" or "A hundred men licked the dust in battle."

Now the student nods in approval. He has the necessary information in order to discern the meaning of a phrase he has never seen or heard before. He can see that what kisses the dust can be an old washing machine as well as a hundred men in battle. He is not reduced to brooding over the meaning; he can make an educated guess. One could adduce thousands of examples; the fact remains that we cannot teach idioms - and language in general - without taking context into consideration, without embedding language in its social context.

What has to be drawn, at this juncture, to the student's attention is the need to understand that idioms should, by no means, be used in all contexts and discourses. When correctly used, idioms provide one with a native-like ability to communicate at a more advanced level and in situations that are more complex; when used inadvertently and at random where more formal and literary diction is required, they pose a great danger to the inexpert user, who, consequently, runs the risk of sounding uneducated and vulgar. Idioms are meant to be used metaphorically and only in conversing with people with whom one shares experiences, socio-cultural background, and even religious beliefs. According to their level of appropriateness and correctness, idioms are marked with formal, informal, not formal, colloquial, and slang, as shown in the example above.

In conclusion, I would like to inform the student - as well as the teacher, on whom it is incumbent to encourage the former to view idioms from a positive perspective - that the English language is only a part of - or rather the "embodiment" of - English culture and history, which, by and large, are at variance with those of Greece. Therefore, any attempt to view things and notions from the English perspective without first mastering any other language features and components, i.e. advanced grammar constructions, more elevated vocabulary, etc., but with the sole aid of idioms, is, if not futile, certainly rather painstaking and unrewarding. Idioms are meant to give the language a more lively hue, not to substitute for standard English completely. If one is already acquainted with literary forms and expressions, there is no other way of "grasping" idioms but through contenting oneself with magazines and tabloids, the informal register of which allows of the use of innumerable idiomatic expressions. By the same token, whoever wishes to learn English - or any other language - should not limit themselves to reading books taught at school, but also acquire a taste for classical and modern literature, religious and philosophical books, newspapers, etc. Whatever one opts to do, I hope that this article will come in handy.