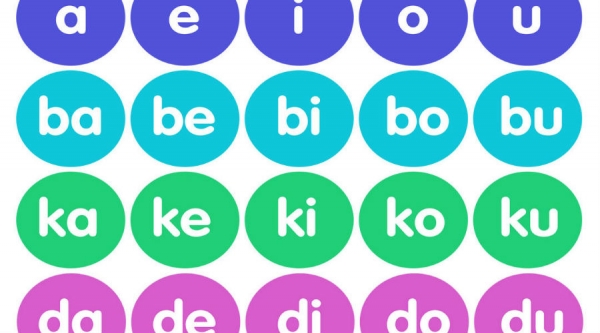 We all think we intuitively know what a syllable is, but trying to explain them isn't so easy and even linguists aren't in agreement about a definition.

How many syllables are in your name? You probably already know off the top of your head, but count them anyway. I have six. Most of us do the same thing when we're counting. Putting more weight than usual on each beat, we number them off on our fingers as we go: "Shall I com-pare thee to a summ-ers day?" Ten, in that one. But what if I told you that the syllable might not exist?

As Peter Ladefoged writes in A Course in Phonetics, "Although nearly everyone can identify syllables, almost nobody can define them." Phonetics is the kind of linguistics which studies the sound of human speech. According to Ladefoged, it is "curiously difficult" for experts to come up with "an objective phonetic procedure for locating the number of syllables in a word or a phrase in any language." Phonologists, who study the way that sounds are organised in language, have also attacked the problem of the syllable. These two types of linguists have slightly different aims. The phoneticist wants to describe what exactly goes on in your speech organs when a syllable happens. The phonologist wants to come up with a formal, fixed definition of exactly what the syllable is as a part of language.

Both kinds of linguists have to deal with some strange problems from the outset when studying the syllable. They feel obvious, but people differ quite widely in their intuitive definition of what they actually are. You and I and Shakespeare know that verse metre is based on syllable counts, so we've certainly come up with reliable rules for controlling big groups of them. Word by word, however, we haven't.

Ladefoged explains that he would say that the word predatory has three syllables, but other people would count four. He also cites bottling and brightening as words that can be pronounced as two syllables, or with with syllabic consonants in the middle, so that they have three syllables. Then there are the words that everybody pronounces the same, but whose syllable-counts are open to debate. For example, in a word like communism, is that final "m" syllabic or not?

Are words containing what linguists call high front vowels followed by /l/ (eg: meal, seal, real) two syllables or one? What about words with /r/, like hire, fire, hour? In words containing unstressed high vowels (where your tongue sits near the roof of your mouth) followed by another vowel without an intervening consonant, eg; mediate, heavier, neolithic, do the vowels form a dipthong (two vowels gliding together) made of one syllable, or two?

The variation in syllable-counting between people isn't always randomly dispersed: people pay attention to different things when they analyse words. Ladefoged gives the example of meteor, observing that it "will be two syllables for some people, but three syllables for those who consider it is the same as the stem in 'meteoric'."

If pressed to explain how exactly they would define the syllable, most people talk about pulses, or beats, in speech. This means that the syllable is an element of how we pronounce words, rather than the underlying structure of words themselves (in English, the number of syllables in a word doesn't change its meaning, for example). So, phonetics needs to explain why we are able to agree most of the time on sylllable-counts, but also to account for our disagreements.

So, because sounds in a phrase will be relatively more or less loud, every time you hit a "peak" of sonority, that could count as one syllable. But Ladefoged points out that this doesn't always work. How do we account for the difference between hid names and hidden aims, for example, which have the same number of sonority peaks but different syllabicity?

Ladefoged explains that a theory of prominence can fix this: the "relative prominence of two sounds depends in part on what their relative sonority would have been if they had the same length, stress and pitch; but it also depends in part on their actual stress, length and pitch." Disagreements in syllable counting could then be explained by different interpretations of prominence by speakers. However, the very openness of the idea of prominence makes it completely unmeasurable: "The notion of a peak in prominence becomes a completely subjective affair, so that it does not really throw any light on how one defines a syllable."

There are other approaches to the syllable in phonetics. But these problems are real, and only get more baffling the closer you look at them. Phonologists have a slightly easier time of it, since phonology tells us that there are rules that govern how syllables behave. It is difficult for a phonologist to observe rules about the way sound works in syllables without a good phonetic definition of what they even are, but not impossible. For example, in English the /n/ sound is lengthened when it is inside a syllable that then ends in a voiced stop (consonants like /b/ and /d/ where the vocal cords vibrate, as opposed to unvoiced stops like /p/ or /t/). So, the /n/ is long in sand or lend, where the /n/ and the /d/ are part of the same syllable. If there are rules for how syllables work, then it just makes sense that they exist.

These are just a few of the strategies that linguists working in phonetics and phonology have used to try to understand this mysterious entity of speech. City University of New York ran an entire conference on the question of the syllable in 2008. The sheer array of paper titles (Do syllables exist? Psycholinguistic evidence for the retrieval of syllabic units in speech production, Syllable structure in Korean revisited, and so on) tells you something about the interest and the scope of this subject.

When it comes to learning a different language, however, the syllable can be a very useful idea. There are whole methods for language learning predicated on the idea that "words are imaginary" while "syllables are real." Conceiving of language as built of syllables can certainly help the learner to grasp the phonetics of a foreign language. Concentrating on sounds can help you see past a word's spelling. English is especially difficult in this regard. For example, a Spanish speaker might add an extra syllable to the end of a word like progressed, because — reasonably enough — a vowel between two consonants is very often syllabic. Practical language learning and linguistic science are different fields, with different aims.

The syllable is an invisible thing, something that we can only really perceive and count when we say something out loud. It is hard to grasp scientifically and yet the basis for the most elegant things that humans have dreamed up out of the subtle alchemy of language use. Perhaps the elusiveness of the syllable's true nature only makes our use of it in poetry the more mysterious and lovely. In sonnets or in the simple pulses of speech that make up your own name, we simply know that it's there.

Tweet
More in this category: « Right Hemisphere Involvement in Auditory Processing: A Review Linguistic imperialism alive and kicking »
back to top