Bilingual Education in the 21st Century: A Global Perspective 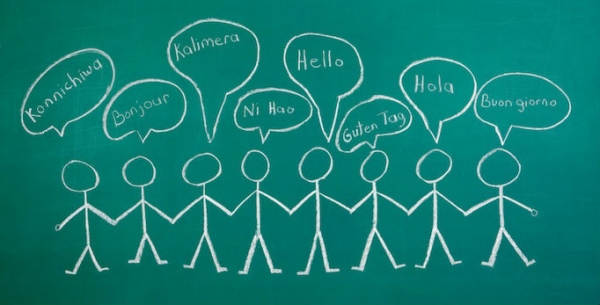 In this globalized era, many individuals around the world are becoming members of multiple language and sociocultural networks due to factors such as socioeconomic and geopolitical restructuring, increased international migrant mobility, growing minority rights movements, and revolutionary communication technologies.

With the rise of such new and complex language and cultural interactions, Ofelia García’s book is a timely contribution that critically challenges prevailing monolingual ideologies and passionately advocates for alternative bilingual and multilingual orientations. Acknowledging linguistic diversity is the norm; this book is a plea for change.

The book contains fifteen chapters housed in four parts. Part I is dedicated to detailing the ‘what’ and the ‘why’ of the proposed change. The author flatly states that considering the linguistic fluidity in the twenty-first century “monolingual schooling seems utterly inappropriate” (p. 16). Further, the book provides a rationale for bilingual schooling not solely based on pedagogy, but also grounded in a quest for greater social justice.

The three subsequent parts of the book focus on the ‘how’ component of the proposed change. García suggests that moving away from a monoglossic orientation of bilingualism, one that views languages as separate and whole entities, and towards a heteroglossic one that views languages as interrelated (p. 7) requires changes at three levels: theoretical foundations (the focus of Part II), organizational structures and policies (Part III), and enactment processes (Part IV). Garcia structures her discussion in these parts through genealogically outlining past developments, describing current realities and practices, and proposing future imaginaries.

Lastly, in Part IV the author addresses the pedagogy and assessment problems that arise when implementing bilingual education programs at the micro level, in the classroom. Informed by the principle that bilingual education is more than the mere adding of one or more separate languages to a school’s language menu, this part of the book arms bilingual educators with many equitable pedagogic practices and authentic assessment approaches.

Taken as a whole, this book is well suited for an introductory course on bilingualism and bilingual education. Each of the book’s fifteen chapters is followed by questions for discussion and reflection as well as a list of additional articles/books on the same topic. The text content of the chapters is supported by tables, diagrams, and illustrations. Broken down by parts, the book addresses a wide readership range. The theory-focused Part II speaks to students of bilingualism. Part III is a comprehensive guide to language-in-education policy agents at different levels including bilingual- program directors and curriculum coordinators. And finally, the implementation-oriented Part IV should prove invaluable for both pre-service and in-service bilingual educators.

The arguments made in the book for a heteroglossically-informed bilingual education might especially appeal to advocates for social justice and individual freedom. García emphasizes that bilingual education is ultimately “an enterprise of love for the children of the world who will be the men and women of the future” (p. 383). In painting her imaginary for a future that celebrates bilingualism as a resource, García overplays the social equity appeal and refrains from adequately addressing efficiency-related externalities and spillovers. Those language-in-education policy agents who operate from the efficiency principle of “minimize difference, maximize reach” might view leaving the linguistic landscape to be shaped in a bottom-up fashion by different linguistic subjectivities as an avenue to creating unmanageable linguistic diversity situations.

As indicated by its title, the book does provide a “global” perspective on bilingualism and bilingual education. This is evident in many ways. For example, although the book dedicates two chapters in Part III to discussing bilingual education in the United States (Chapter 8) and the European Union (Chapter 9), García has made a sincere effort to de-center from a western perspective by covering multiple language-in-education policies in various geopolitical areas; examples include Malaysia, the Philippines, India, Hong Kong, Singapore, and Brunei Darussalam in Asia, and the Maghreb, the Levant, and the Arabian Gulf in the Arab Middle East and North Africa.

Another example of the book’s global orientation is its inclusion of multiple language abilities and modalities. While similar bilingualism introductory books in the field, such as Myers-Scotton’s Multiple Voices: An Introduction to Bilingualism (2006), concern themselves with studying bilingualism as “speaking” in two or more languages, the current book approaches bilingualism as “languaging” in two or more languages. Languaging is not limited to oracy, but is inclusive of literacy and signacy. In addition to addressing various written bilingual languaging practices brought about by revolutionary communication technologies such as text messaging, chatting, emailing, etc. the book acknowledges the importance of biliteracy by dedicating chapter 14 to looking in depth at bilingual reading and writing pedagogic practices. The signacy abilities of attending to and producing sign language by the Deaf are also accounted for at many occasions in the book in relation to oracy as well as literacy. The languaging practices of the Deaf are becoming increasingly complex and multimodal due in part to technological advances such as cochlear implants and other assistive listening devices which are making spoken language a concrete option for them.

Perhaps what will first capture the reader’s attention about Bilingual Education in the 21st Century: A Global Perspective, and remain for a while thereafter, is the South Asian banyan tree boldly exhibited on the book’s cover. Just like the banyan tree, the linguistic fluidity of the twenty-first century is multi-rooted and polydirectional. The core question this book raises to its readers is: Has not the time come yet to let this organic entity grow freely in nature?

Tweet
More in this category: « The Psychology of the Language Learner: Individual Differences in Second Language Acquisition Teaching Reading to English Language Learners »
back to top