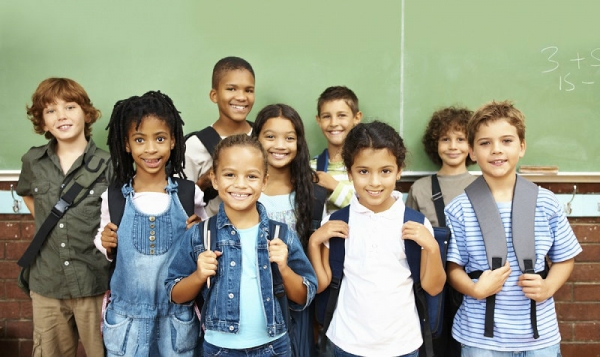 In Making Multicultural Education Work, Stephen May offers a critical examination of the gap between what multicultural education has promised and what it has delivered. He discusses why that gap exists and looks closely at one school’s efforts to bridge that distance. Educators and educational administrators are the intended audience for this book, particularly those who teach and administer in multicultural settings.

May presents a critical ethnography of the Richmond Road School, an urban primary school in Auckland, New Zealand. The majority of students at Richmond Road represent cultural minority or non-dominant groups in New Zealand society. The study was undertaken during a three-year period from 1990 to 1992 when May was a visiting researcher at Richmond Road. Thankfully, May devotes an entire chapter to discussion of critical ethnography, giving the reader understanding of the holistic focus of this method of inquiry, its processe s and implications.

May begins with a review of the multicultural education debate. He thoroughly discusses consensus, conflict and resistance theories of education as well as fundamental issues of pluralism, arguing that current multicultural education practices do not represent a change in existing dominant power structures. Rather, current practice, or benevolent multiculturalism, simply inserts minorities into the dominant culture’s frame of reference. Though curricula are being reorganized to include more culturally sensitive content, this has done little to equate racial an d cultural relations within educational systems. The suggestion is posited that effective multiculturalism requires organic change within schools, and that successful programs depend upon both critical analysis of the larger social context and active participation of teachers and other interested persons.

The descriptive accounting of the Richmond Road School begins with demographic and historical information about the school. The reader is given perspective of who the players are as well as historical context in which to frame the structural and pedagogical changes detailed in this study. It is clear to the reader that there is one player who had (and continues to have) great influence over the direction of the Richmond Road School–Jim Laughton, the principal at Richmond Road from 1972 to 1988. It was under his leadership that the pedagogical innovations at Richmond Road were begun. These initiatives reflected the philosophy of an informing [-1-] theory of education and the recognition of power relations in multiculturalism. Richmond Road began to place distinct emphasis on cultural pluralism, cultural maintenance and access to power. Laughton saw structural diversity at the school level as one way of furthering that emphasis. The most fundamental changes he initiated were structural ones.

The extended family was used as a model of cooperation and mutual support. The goal was to take those interactional aspects that work well within the family unit and make them work well within an educational unit. This led to the establishment of family groupings at Richmond Road. Instead of students being horizontally grouped with other students of similar ages, students were vertically grouped in imitation of the extended family structure.

Other changes were also initiated at Richmond Road. Staff meetings became a place where knowledge was shared. “Laughton made his teachers learn theory as the basis for their practice…” (p. 80). Staff were empowered by redefining the structure of authority roles at Richmond Road, replacing existing hierarchical structures with more egalitarian relationships. Provisional authority–or the authority which is ascribed to the person who knows the most in a given situation–was also incorporated. Whoever has knowledge teaches. This notion of provisional authority was not limited to staff. It also applied to parents, students, and the community.

May also presents a brief chronicle of life at Richmond Road after Jim Laughton. According to May, Richmond Road provides solid evidence that “an emancipatory educational approach can survive over time” (p. 150). One could argue that the whole-school change approach also played a significant role in Richmond Road’s ability to sustain these initiatives over time. The staff development process was crucial to developing a sense of ownership and involvement for new teachers.

Throughout the account of Richmond Road, evidence is seen of practice with theoretical underpinnings and theory with practical applications. May acknowledges the difficulties involved in combining theory and practice, but argues strongly in favor of the practice of theory . Without theoretical knowledge, one cannot hope to achieve the kinds of changes still needed in the area of multicultural education. May points to several areas where more research is needed: characteristics associated with successful innovators, strategies for principals to achieve change, an d providing accounts of minority schooling that recognize existing power relations.

Laughton’s influences at the Richmond Road School are pervasive and undeniable, but it seems, at times, that this book was mistitled, and should have been called An Ode to Jim Laughton. May maintains a similarly idealistic tone throughout his description of [-2-] Richmond Road. Though the struggles that accompanied the many changes are noted, they often appear to be glossed over or dismissed as coming from a narrow perspective. Of the many interviews May cites, there appear to be no dissenting opinions. A more thorough understanding of the process of change would have been better facilitated by closer scrutiny of a few nay-sayers–teachers who had left for other schools, parents who had sought other facilities for their children, and so forth. A more critical look at these detractors would give a more realistic picture of the difficulties involved with such radical changes. The benefits to such changes are clearly evident in this book and would not be lessened by a more balanced approach.

May’s idealized tone has its beneficial aspects as well. The reader cannot help but get caught up in some of the enthusiasm of the Richmond Road staff and students. The positive tenor of the educational experience at Richmond Road imbues the reader with a feeling of creativity and motivation–not bad byproducts.

Stephen May’s Making Multicultural Education Work is detailed and informative. The collection of school policies in chapter nine and the extensive bibliography are excellent resources for teachers and administrators wanting to strengthen their knowledge base related to multicultural education. This book is a valuable source of information that would be useful and motivational for both teachers and administrators.