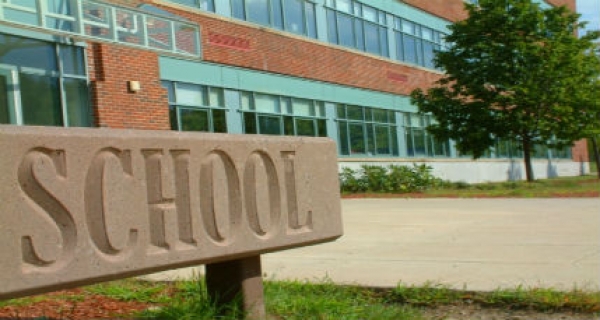 In their seminal book, “Language and Ideology,” Hodge and Kress (1979: vii) say that ‘[d]isciplines, unlike cows, yield least when most contented’—and theirs is a legitimate contention.

The very moment something, anything, be it a theory, a philosophical system, or a relationship between two individuals, is taken for granted, it isvitiated; it becomes fractured and cannot yield anything. For some people, what is taken for granted may have been exalted to the status of an axiom, which obviates, even pre-empts, the need for constant negation and reconstruction. Yet, axioms are the result of a long and rigorous process of such reconstruction; they are not mere labels tacked onto theories and things. Rather, it is on the basis of the Hegelian notion of Aufhebung that process can be made. Knowledge is a negation on a previous negation (a process that I call crisis), and the attempt to examine the validity and viability of previous knowledge paves the way for new knowledge (a process that I call criticism). Apparently, criticism generates crisis and crisis necessitates criticism. In the present paper, we will draw our attention to a number of theories, notions and contentions that permeate pedagogical practices, approaching them from a, more or less, critical perspective.

Critical theory (or “criticism” for that matter) addresses the relations among education, schooling, culture, society, and economy, and it is premised upon the assumption that pedagogical practices are inextricably related to social practices. Furthermore, within critical theory, the critical intellectual is called on to identify and draw the line at any injustices in these practices. In other words, the onus is on him or her to engage in (and provide) a critical reappraisal of the aforementioned institutions as well as the ideology (i.e., the systematically organised presentation of reality) which sustains them and underpins their practices. In short, critical theory is concerned with power in and through discourse. Through language, we turn people and events into data, we decenter the subject (that is, we construct a self that can click in and out of existence whenever we see fit), and make generalisations, or ‘historicisations’, to quote Foucault (1980: 117), whereby we dispense with the subject (the individual) by arriving at an analysis which can account for the constitution of the subject within a historical framework. In the case of the decentering of the subject, we end up talking about femininity instead of women, Blackness instead of Blacks, and homosexuality instead of homosexuals—a practice which virtually exculpates institutions and certain groups of people from blame, as in theory femininity, Blackness, and homosexuality are not historically embedded and, thus, are less likely to problematise the agents or actors of history. Everything exists only for the purpose of philosophising, while the truth is an area where “angels fear to tread.” In the case of the historicising of the subject, we end up categorising people into different compartments (women, Blacks, homosexuals, etc.) and then go on to pass judgement on them, without regard for any individual differences within the groups we have constructed.

The placing of values, therefore, is a significant parameter in the construction of the self, which in turn forms the basis for the construction and function of all social institutions. Whatever is the “same” as anything else is accorded high status and importance, since it is less likely to impugn or militate against the status quo. Whatever is “different,” however, is suppressed (or oppressed). But suppression is not necessarily a straightforward process; nowadays, it is far more effective to efface people by making generalisations about them and then going on to persuade them that this is how things should be than by planting bombs over their heads.

Herein lies the concept of “voice” in the construction of pedagogy. According to Popkewitz (Popkewitz & Fendler, 1999: 33), the voice of students, women, Blacks, African Americans, and so on, encapsulates a group’s distinctive cultural content. As far as the teacher is concerned, we could say that he or she is supposed to render the different voices ‘legitimate elements in the construction of pedagogy, particularly those groups that have been socially and economically marginalized’ (ibid.). Nevertheless, the very existence of the notion of “voice” maintains and promulgates the rules of “sameness / difference” that it seeks to violate, as inherent in it are structural notions about groups omitted from public participation.

To hark back to the decentering and historicisation of the subject; we could adduce the following example: There have been some assertions that African Americans score lower on IQ tests. Even if such an aphorism might be “true,” it leaves many questions unaddressed, not the least of which is what impact such assertions have on a general population that does not have the privilege to be aware of the limitations of such tests or the ‘tenuous relation’, as Burbules and Berk say (ibid.), between what IQ tests measure and intelligence. Other important questions are: Who is making these assertions? Are such findings supposed to question African American intelligence or to demonstrate the bias of IQ tests?

Confronted with a “crisis” of this sort, the “critical person” is called on to engage in “criticism.” He is something much akin to a critical consumer of information; he is driven to seek reasons and evidence—in other words, he needs to look at the world through a critical lens. For some, a critical person not only should have the capacity (the skills) to seek truth and evidence, but he should also have a tendency or disposition to seek them (Ennis, 1987, 1996; Siegel, 1988; Scheffler, 1991). Moreover, Paul (1983: 23; 1994) addresses the relation between skills and disposition in his distinction between “weak-sense” and “strong-sense” critical thinking. For him, the “weak-sense” means that one has learnt the skills and can demonstrate them whenever he is asked to do so; the “strong-sense” means that one has turned these skills into a way of living in which even one’s own assumptions are reexamined and questioned. Of course, it goes without saying that part of the method of critical thinking involves fostering dialogue, in which thinking from others’ perspective plays an important role in the assessment of truth claims. An imposition of one’s own version of the truth, even in the face of incontestable evidence, can result in a premature rejection of credible alternative points of view.

At any rate, critical pedagogy involves ‘reading the world’ as well as ‘reading the word’ (Freire and Donaldo, 1987). Critiquing the social institutions and social traditions that create and maintain conditions of suppression and oppression is part of developing a critical consciousness. In this important regard, ideology is not a simple assertion or proposition whose truth value can be tested against some inexorable facts out in the world; ideology creates, and accounts for, the world (Kellner, 1978).

By way of conclusion, we would like to quote Wacquant (1993), who eloquently captures the thread of reasoning that has permeated this short paper:

[S]chools [are]…the preeminent institutional machinery for the certification of social hierarchies in advanced nationstates. Again not unlike the church in medieval society, the school supplies a sociodicy in action of the existing social order, a rationale for its inequities and the cognitive and moral basis of its conservation.

Tweet
More in this category: « Coursebook: Take it or leave it Grammar: Do we really need it? »
back to top