From Seaspeak to Singlish: celebrating other kinds of English 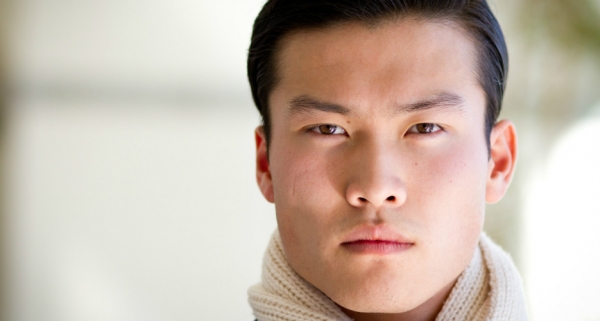 Dialects that blend, bend and offend the rigid rules of traditional grammar can be a delight

A poster in Singapore advertising a comedy album in Singlish. It roughly translates as ”buy our CD, it’s very worthwhile and will make you laugh till you fall over”

It was recently reported that the government is being urged to create opportunities for Britons to learn languages like Polish, Urdu and Punjabi, in order to effect more social cohesion. According to Cambridge professor Wendy Ayres-Bennett, language learning, and indeed social integration, should not be a one-way street; rather, the onus should also fall on British people to learn community languages.

For me, this idea of a two-way street taps into a wider question about linguistic influence and evolution. There is interest and joy to be had not only in learning the languages of other cultures, but also in appreciating the effect they might have had on English.

Part of that process is ceding British English to the prospect of change, noting the ways in which ethnically marked forms of English, such as Bangladeshi and African-Caribbean varieties, have played their part in shaping how new generations across the country will speak: take Multi-Cultural London English, the dialect that has almost completely replaced Cockney on the streets of the capital.

Outside the UK too, creoles and dialects have bent, broken and downright flipped the bird at the rules, offering not only musicality and freshness, but new ways of conceiving of language that staunch protectionism doesn’t allow for.

Grammar rules have their place, of course, insofar as they offer a framework for precision and comprehension. But rules can be learned to be broken, leading to the formation of identities, cultural protests and unique means of expression.

Not persuaded? Then consider these examples of syntactic rule-bending and linguistic intermarriage that have taken English into intriguing and delightful new directions.

Otherwise known as Hiberno-English, this refers to dialects spoken across the island of Ireland. Frank McCourt immortalised West and South-West Irish English in his memoir Angela’s Ashes, with its liberal use of the definite article (“Do you like the Shakespeare, Frankie?”), and the unbidden musicality that comes with inverted word order (“Is it a millionaire you think I am?”).

Some of my friends from Northern Ireland will plump for the past simple form of a verb where a past participle is usually required, saying things like: “They’d never have did it had they knew.” Rule breaking at its most ballsy: and it’s music to my ears.

Short for Colloquial Singaporean English, a creole language for which English is the lexifier (meaning it provides the basis for most of its vocabulary) plus words from Malay, Tamil and varieties of Chinese. The Singaporean government rallies against it at every turn with Speak Good English campaigns, to the detriment of some extremely interesting grammatical structures.

Take Singlish’s being topic-prominent, for example: like in Mandarin, this means that Singlish sentences will sometimes start with a topic (or a known reference of the conversation), followed by a comment (or some new information). For example, “I go restaurant wait for you.” Grammatically, it’s worlds apart from “I’ll be waiting for you at the restaurant,” but it’s evolved in a region where that kind of sentence structure is the order of the day.

Another English-based creole language, similar to Jamaican patois, which offers some compelling takes on tense. The present tense verb does not indicate number or person, while the past is indicated by putting the tense marker mi in front of the verb (“ai mi ron” - I ran), but this is optional and considered superfluous if a time marker like “yestudeh” (yesterday) is used.

Basic English was invented by CK Ogden in 1930. Designed to allow language learners to acquire English quickly and communicate at a very basic level, Ogden managed to reduce the language to 850 words, including only eighteen verbs!

A controlled natural language (CNL) based on English that provides a lingua franca for sea captains to communicate. First conceived in 1985, the premise is simple, grammar-free phrases that facilitate comprehension in often fraught and dangerous situations. It has now been codified as Standard Marine Communication Phrases.

Ultimately, English grammar has always been in flux: both in its native land and abroad. When it comes to ‘offshoots’ of the language, whatever label we apply – be it dialect, patois, creole or CNL – each exists as a yardstick for linguistic evolution, and ought to be celebrated as such.