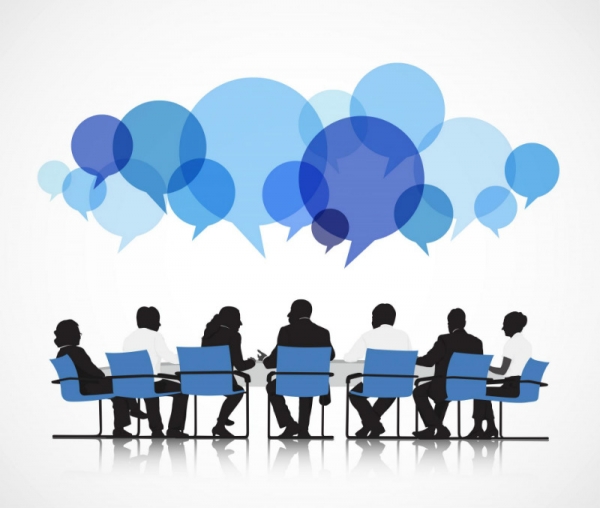 I have recently gone to a networking event at the Portuguese Chamber of Commerce in London. As a Communication Consultant who helps non-native English speakers communicate more confidently in international business, I thought I had to walk the talk and speak Portuguese. However, unlike my current and prospective clients, I only spent a total of 3 months actually learning the language. Well, I thought to myself, it doesn’t matter - we are in Britain after all so, surely, we will mostly speak English.

The day had come. When I arrived I was in for a shock. Everyone was speaking Portuguese. I couldn’t hear any English at all. There were around 50 people there in a small space. I couldn’t just come up to them and tell them to stop using their mother tongue. It was also loud. How could I possibly understand Portuguese in such conditions? I approached the table with the name badges, grabbed mine and went to the ladies. I needed a few minutes on my own. While there, I was thinking what to do. Those people would surely understand if I wanted to speak English. After all, I had spent only 3 months learning Portuguese. But... would they? Would I be credible as a Communication Consultant for non-native English speakers? I took a deep breath, looked into the mirror and said to myself: “You have no choice. You have to walk the talk.” As I was walking up the stairs back to the bar, I was terrified.

Learning a language is an activity like none other. Language is involved in shaping our identity because it is deeply rooted in our culture and history. We verbalise our thoughts in our language, thus making it an important part of who we are. Hence, when speaking in a foreign language we may feel unauthentic. We struggle to communicate our message and project our personality. We mistakenly think that all it takes to learn a language is vocabulary and grammar. We couldn’t be more wrong. Charlemagne said “To have another language is to possess a second soul.” Just like our mother tongue, the foreign language comes with the wealth of history of its people who shaped the way it is spoken, which cannot be dismissed if we ever want to be good at it. Without embracing it and creating a new linguistic identity for yourself, you will never be able to communicate confidently even if you know all the vocabulary and grammar. In order for the foreign language to feel natural to us, we have to claim it as our own.

Lack of confidence, frustration with our inability to formulate what we think and the feeling of not being authentic can discourage us from communicating in a foreign language. As a result, it will significantly impact our business communication. But it doesn’t have to. Linguistic Business Coaching (LBC) tackles all those issues. It expands your linguistic identity to accommodate the new language, allowing you to feel more authentic when you do business in a foreign language. It helps you find the reasons why you learn it, create the vision of yourself as a competent language speaker, reduce your anxiety and increase your linguistic self-confidence and spontaneity of expression. All in all, it helps you become an effective communicator in international business.

The premise of LBC is that everyone has the capacity to learn and feel confident in another language because we all already speak at least one. In fact you might actually realise that you already use some LBC methods without even knowing. For example, each time I learnt a language and wanted to be good at it, I would tell myself: “I am a native speaker of...” It has always worked!

That’s just one of the ways that helps you jump confidently into a new linguistic reality, but LBC starts with the basics in order to help you define your own course towards becoming confident and authentic in international business. Take some time to answer the following questions:

WHO are you now when you speak the foreign language of your choice and who do you want to be? What’s your vision as a competent international business communicator? Take time to see yourself being one and write it all down.

WHY are you learning a language? How will you benefit from it as a professional and as a person? On a scale from 1 to 10 how important is it for you? If 7 or less, does it make sense carrying on? Should you learn a different language? What should happen for your motivation to increase? How do you make it happen?

WHAT do you have to do to bridge the gap between who you are now and who you want to become in the context of international business communication? What are the next five steps that you could make? Who could you ask for help? What resources do you need?

One of the key things to success in developing your linguistic identity is to enjoy the process. Forget the tedious drills you had to learn at school. Enhancing your linguistic competence should be fun. I didn’t spend a single moment not enjoying myself when learning Portuguese.

I came back to the bar. Nothing had changed. The rustling sound of European Portuguese was filling the room. There were so many of them! The fight or flight response activated in my head and I screamed inside but at that point I’d had enough. “Oh, just shut up!” I scolded myself. Then I attached my name badge, came up to a group of people and said my first “olá”. Result: I left three hours later with a bunch of new professional contacts and an invitation to become part of London’s Portuguese community.

She is the founder of Telegraph Street and creator of Linguistic Business Coaching (LBC) - a training and coaching methodology that increases linguistic self-confidence and enhances spontaneity of expression among non-native English speakers.

Removing "is" from your language

This next one is super interesting. Alfred Korzybski, the creator of General Semantics, was firmly convinced that the ‘to be' verbs like "I am, he is, they are, we are" promoted insanity. Why? Quite simply because things can't be exactly equal to something else. Douglas Cartwright explains further: "This X = Y creates all kinds of mental anguish and it doesn't need to because we never can reduce ourselves to single concepts. You believe yourself to have more complexity than that, don't you? Yet unconsciously accepting this languaging constrains us to believe we operate as nothing more or less than the idea we identified ourselves with."

Read the following list of examples and you'll see immediately how different the outcome of the statements is:

He is an idiot vs. He acted like an idiot in my eyes

I am a failure vs. I think I've failed at this task

I am convinced that vs. It appears to me that

You, Because, Free , Instantly, New: The 5 Most Persuasive Words in English

In a terrific article, Gregory Ciotti researched the top five words in English. His list is not suprising and yet the research behind it, is extremely powerful.

You: or your name is something that's so easy to be forgotten and yet so important for great communication.

Free: Gregory explains Ariely's principle of loss aversion. All of us naturally go for the lowest hanging fruit and free triggers exactly that.

Because: Because is probably as dangerous as it is useful. Creating a causal relationship is incredibly persuasive: "even giving weak reasons have been shown to be more persuasive than giving no reason at all."

Instantly: If we can trigger something immediately, our brain jumps on it like a shark, says Greg: "Words like "instant," "immediately," or even"fast" are triggers for flipping the switch on that mid-brain activity."

Quick last fact: Make three positive comments for every negative statement; and for every negative argument give three positive ones. This comes from Andrew Newberg. His research suggests that negative arguments have a very detrimental effect to our brain. We need to pay particular attention to not let them take over and working agains them with this 3-to-1 ratio: "When you get into a dialogue with somebody to discuss any particular issue, a three-to-one ratio is a relatively good benchmark to think about; you wind up creating the opportunity for a more constructive dialogue and hopefully a better resolution."

Tweet
More in this category: « The Psychology of Language: Why Are Some Words More Persuasive Than Others? The Relationship between Music and Language »
back to top