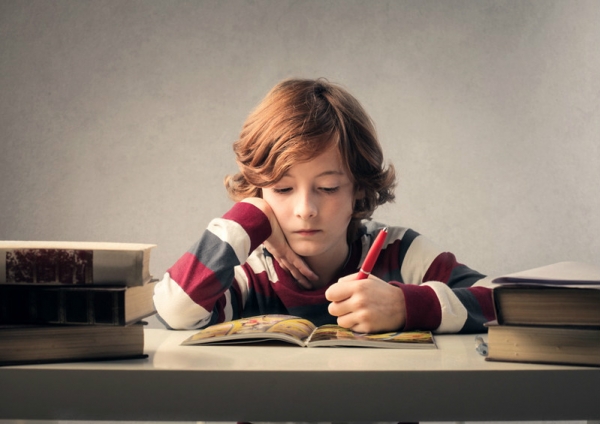 The fear of making mistakes is often paralyzing, but cognitive science suggests that errors are part of the fundamental machinery of learning.

When Disneyland opened in 1955, it was a disaster. Although 15,000 visitors were expected, nearly twice as many descended upon the park, thanks to thousands of counterfeit tickets. Guests were plagued by long lines, malfunctioning rides, and a shortage of food.

To top it all off, a tiger and a panther escaped from the circus, terrifying children and parents on Disney’s suddenly family-unfriendly Main Street.

The day having been dubbed “Black Sunday” by his employees, Walt Disney took it all in stride. “If you do big things, you make big mistakes,” he told reporters.

For Disney, creativity and mistakes went hand in hand. As the founder of a company that offered fantasy as its core product, he encouraged his team of engineers, designers, and mechanics—you may know them as Imagineers—to think expansively and be willing to break things. “I don’t remember anyone getting fired for coming up with a dumb idea or making a mistake,” recalls Van Arsdale France, one of Disney’s earliest employees.

Yet all too often, students see mistakes as a source of embarrassment, stress, or even humiliation. The human brain is agnostic, however, and makes good use of the data—mistakes are crucial pieces of information that force a cognitive reckoning, pushing the brain to reconcile contradictory information and build more accurate durable solutions.

Recent magnetic resonance imaging (MRI) studies reveal the underlying neural machinery at work. In a 2018 study, neuroscientists at Caltech discovered that mistakes set off an almost instantaneous chain reaction of productive brain activity. Even before the conscious mind is aware of the error, the researchers found, one set of neurons—called “error neurons,” the neural forerunners of mistakes—begin to fire. Fifty milliseconds later, a phalanx of “conflict neurons” respond, signalling the effort to resolve inconsistent pieces of information. In rapid-fire succession, the brain of a person making an error lights up with the kind of activity that encodes information more deeply.

While no one likes to commit mistakes, especially publicly, it’s in the best interests of schools, teachers, and students to make peace with them—or even welcome them. As Carol Dweck, professor of psychology at Stanford University and the author of Mindset: The New Psychology of Success, explains succinctly: “Every time a student makes a mistake... they grow a synapse.”

Creating a mistake-friendly classroom will not only help your students develop the skills necessary for future success, but it'll also encourage them to have a healthy mindset that accepts—and learns from—failure. Here are six classroom strategies to make that a reality.

ACKNOWLEDGE THAT THE FEAR IS REAL

The fear of failure is deep-seated. Researchers know that when students with math anxiety encounter numbers, for example, “a fear centre in the brain is activated—the same fear centre that lights up when people see snakes or spiders,” writes Stanford professor Jo Boaler in her 2019 book, Limitless Mind: Learn, Lead, and Live Without Barriers.

The fear of being outed as incompetent can lead to a downward spiral of inadequacy, nervous fretting, and further mistakes. “As the fear centre of the brain becomes activated, activity in the problem-solving centres of the brain is diminished,” explains Boaler, describing a process that shuts down the very cognitive apparatus needed to demonstrate competency.

To overcome fear in our classrooms, we have to identify and actively replace destructive thoughts. If we're anxious about making a public error, for example, then "we have to learn to replace the thought ‘I’m stupid’ with another thought, which is ‘I’m learning,’” asserted the psychologist, researcher, and author Angela Duckworth in our recent interview.

WORK IN THE ZONE OF PROXIMAL DEVELOPMENT

Getting answers right doesn’t necessarily reflect authentic, long-term learning. In a 2008 study, professor of learning sciences Manu Kapur asked seventh-grade students to solve challenging math problems—ones that were more difficult than what they’d find on a typical exam but not so challenging that they gave up. A good problem, according to Kapur, is not one that has a single correct answer; it is open-ended so that students explore a multitude of possibilities, drawing on and making connections with prior knowledge. At the end of the school year, these students outperformed their peers in their math class, Kapur found.

When a problem is easy, Kapur says, students can immediately recall the correct answer. But when a problem is challenging, students are forced to evaluate several possible answers, helping them “better discern and understand those very concepts, representations, and methods.” Flirting with failure, it turns out, helps students determine not only why certain answers are correct, but also how and why others are incorrect, deepening their grasp of the topic.

TAP INTO PASSION AND CURIOSITY

Any exploration into the unknown, whether it’s visiting a new country or sampling unfamiliar foods, primes the brain to accept uncertainty, and a 2019 study reveals a key reason why: The areas of the brain that are active when people confront new ideas or face creative challenges also light up when they take calculated risks. These findings follow a 2012 study showing that intrinsic curiosity—a good proxy for student passion—increases a person’s tolerance for uncertainty.

So if you want students to have a positive attitude toward mistakes, consider conducting surveys or adopting other get-to-know-you activities that provide insights into student interests, and then integrate those interests into lesson planning. And be sure to give students a broader range of choices when you hand out new assignments. When students work on things they’re passionate about, they are far more likely to tolerate, and work their way through, the unavoidable battery of mistakes and misfires.

In a 2007 study, researchers studied how math teachers in China and the United States responded to mistakes in the classroom, and they discovered that U.S. teachers frequently corrected their students when they had an incorrect answer, an approach that “could lead students to become afraid to make mistakes for fear of being seen as stupid.”

The Chinese teachers, on the other hand, “were more open with their students than the U.S. teachers about the freedom to make errors,” which helped to create a mistake-friendly classroom environment. Promoting the idea that “errors are commonplace—and some are even good” led to students’ more frequently correcting their own mistakes.

To create a culture of true openness to mistakes, teachers must not only embrace student error but actively model their own tolerance for it. Renowned writing teacher Kelly Gallagher, the author of Readicide, believes that teachers should regularly write in front of their class. “The teacher is the best writer in the room; therefore, it is critical that the best writer in the room models the confusion, the messiness, the stopping and starting, the hesitation that comes with trying to compose,” writes Gallagher. “I do not try to hide this; on the contrary, I want my students to see that I, too, wrestle with getting words down on paper.”

Telling students, “This is just your rough-draft thinking right now” gives them permission to ask questions, make mistakes, and then revise without the stifling prospect of failure, explains math professor Amanda Jansen and her colleagues in a 2017 article.

Explicitly labelling activities across the curriculum, from writing to drawing to science, as “rough-drafting thinking” fosters a culture of intellectual risk-taking and gives students an opportunity to sketch initial solutions without worrying about being right or wrong. To encourage “rough-draft talk,” the verbalization of rough-draft thinking, teachers can highlight the idea that learning takes time and that it’s beneficial to talk through ideas that aren’t fully formed in small groups. “I like it even when I’m wrong because I learn from my group and get better,” says a middle school math student.

The expectation that all student work needs to be closely monitored or even graded by a teacher remains one of the largest obstacles to innovation and true productivity in classrooms.

“The time and energy spent on grading have been often pinpointed as a key barrier to instructors becoming more innovative in their teaching,” write Jeffrey Schinske and Kimberly Tanner in a 2014 study, adding that “just because students generate work does not mean instructors need to grade that work for accuracy.”

Correcting every mistake in the classroom can be stifling, not only for students but for the teacher as well. Giving yourself permission to grade fewer assignments or share feedback responsibilities with students—common strategies are the one-in-four rule and peer-to-peer grading using distributed rubrics—will not only free up hours each week for more teacher planning, but is also essential to the creation of a low-stress classroom environment where students are encouraged to experiment, take risks, and produce a greater volume of high-quality work.

Tweet
More in this category: « How to Better Support Middle and High School Students With Dyslexia 4 Assessment Strategies for Distance and Hybrid Learning »
back to top