Making Your Classroom a Safe Place for Kids Who Stutter 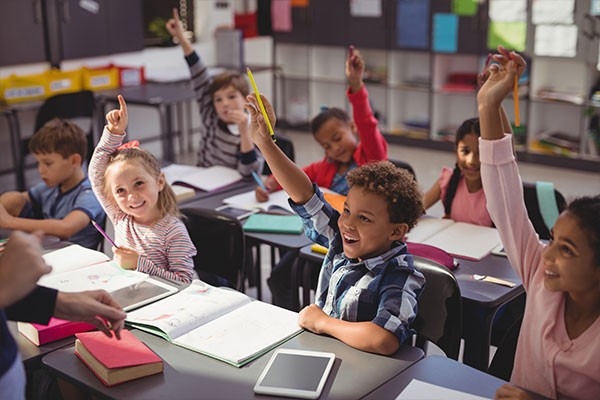 It’s not just Joe Biden—figures as various as Charles Darwin, Ed Sheeran, and Shaquille O’Neal stuttered growing up. Here’s how to integrate a student who stutters into your classroom.

When you teach a student who has a stutter, you are likely balancing two challenges: managing special considerations, and often an IEP,

for a student who has a complex disorder that is not fully understood and cultivating a classroom that is understanding and supportive.

First, the facts: Approximately 1 percent of the population stutters, which means that 3 million Americans and 70 million people worldwide stutter. More girls than boys outgrow stuttering, meaning that over time, for every three or four boys who stutter, only one girl does.

And the causes? Let’s start by tackling the myths and what stuttering is not. It is not a symptom of anxiety or a psychological problem, although it can result in anxiety or psychological problems. It is not a breathing problem, although breathing exercises can help people with the disorder to manage it. It is also not a reflection of low intelligence or an indicator of future success: Accomplished individuals known to have stuttered include not just Joe Biden but Charles Darwin, Winston Churchill, Elvis Presley, and Bill Withers; actors Nicole Kidman, Samuel L. Jackson, and Sam Neill; singer/songwriters including Carly Simon and Ed Sheeran; Shaquille O’Neal; and Jack Welch, the former longtime CEO of GE.

According to the American Speech-Language-Hearing Association (ASHA), stuttering is a type of disfluency that is best understood as a neurophysiological disorder. It can be a relatively ephemeral child development issue; the Stuttering Foundation reports that three-quarters of children who stutter overcome it by late childhood, without treatment. Its causes are not well understood. On a general level, stuttering could be caused by abnormalities in speech motor control, and one theory suggests that when an individual stutters, it could be rooted in an overactive right brain hemisphere that prevents the natural flow of speech-related physical movements. Stuttering also likely has a genetic component: The ASHA reports that 60 percent of those who stutter have a close family member who also stutters.

GETTING TO ‘UNCONDITIONAL LISTENING’

When you have a student in the classroom who stutters, it’s crucial to know what to do (and what not to do) to support their success and create a classroom culture that is understanding, kind, and patient.

Tim Mackesey, a speech-language pathologist who specializes in the evaluation and treatment of speech disorders (and himself a severe stutterer for over 20 years), shares these strategies, several of which are counterintuitive to people who are not familiar with stuttering:

Tweet
More in this category: « Watching video lectures as homework: how the flipped classroom model helps students develop real life skills How to Set Up an Online School Newspaper »
back to top