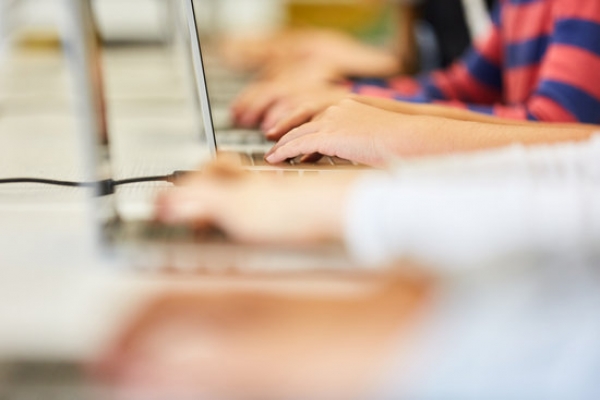 Whether our emotions get the best of us, or we fall into familiar but unproductive habits, here are 7 common classroom management mistakes, and what the research says you should do instead.

When Steve Jobs was in third grade, he was such a troublemaker that he got expelled from school. He was constantly playing pranks on his peers—even his own teachers—and attempts to correct his misbehaviour would backfire, leading to defiance and even more misbehaviour.

“I was pretty bored in school,” says Jobs. “And I turned into a little terror.”

Jobs’ response suggests that it’s a mistake to think that bad behaviour always comes from a desire to break the rules—or that punitive measures will effectively address the underlying reasons that students act out. For some students, abuse or neglect at home can lead to higher levels of aggression at school. About 1 in 16 children suffer from an oppositional defiant disorder or another conduct disorder. And like Jobs, students may be restless in class, so they act out, play pranks, or distract other students.

Misbehaviour may also be a healthy part of a child’s social and emotional development. When children reach adolescence, their allegiances shift from adults to peers, and their abstract thinking skills sharpen dramatically, leading them to question—and even challenge—long-accepted authority structures. What may look like rule-breaking is really a way for children to test boundaries and assert their independence.

While this may be obvious for veteran teachers, research shows that teacher training programs still tend to be focused on establishing strict rules while imposing consequences for misbehaviour. That may work in the short-term, but it’s unlikely to produce long-term change.

Whether our emotions get the best of us, or we fall into familiar but unproductive habits, here are 7 common classroom management mistakes, and what the research suggests you should do instead.

MISTAKE #1: RESPONDING TO SURFACE-LEVEL BEHAVIOR (AND NOT THE UNDERLYING REASONS)

If two students are misbehaving—for example, if they’re being disruptive—it maybe for different reasons. “A strategy that will eliminate the off-task behaviour of one student might worsen the off-task behaviour of the other,” researchers explain in a 2010 study. Instead of reacting reflexively, teachers should look for the underlying reasons for the misbehaviour. If one student is struggling with a stressful new condition at home, for example, that will require a different approach than if another student is seeking attention from peers.

“Defining misbehaviour by how it looks tells us nothing about why it occurred and often doesn't help in our behaviour-change efforts,” the researchers explain.

For Nina Parrish, a special education teacher in Virginia, addressing misbehaviour usually involves looking for patterns. What happens before and after the behaviour? Who is the audience? When does it happen? “Behaviors help students obtain something desirable or escape something undesirable,” she writes. If teachers can figure out what a student’s goals are, they can address the misbehaviour in a more productive way.

MISTAKE #2: ASSUMING IT'S NOT AN ACADEMIC ISSUE

It’s easy to become cynical about student misbehaviour, but it stems from well-intentioned academic struggles more often than you might think. In a 2018 study, researchers compared various reasons why students misbehave, such as a lack of discipline, lack of motivation, or a desire to impress classmates. Surprisingly, they found that fully 20 per cent of the time misbehaviour could be attributed to academic deficits: either student didn’t understand the assignment or the assignment was too difficult—and misbehaviour was an outlet for their frustration.

Inexperienced teachers may feel as though they need to catch and fix all misbehaviour in the classroom, but trying to stamp down minor disruptions can actually increase them in the long run.

A 2016 study found that negative attention—pointing out when students aren’t paying attention or are briefly talking in class, for example—often made students feel less connected to the class, leading to more behavioural issues later on. The researchers point out that “teachers can unwittingly engage in a negative reinforcement pattern,” a downward spiral that “actually amplifies students’ inappropriate behaviour.” The end result? A student who is reprimanded for not paying attention is more likely to withdraw and stew in anger than redirect their attention to their learning.

Instead of calling students out, teachers should highlight positive conduct, such as finishing work on time or efficiently transitioning between activities. Nonverbal responses such as “the look” or hand signals are also effective ways to subtly encourage students to pay attention.

When used as a form of punishment, sending students to the corner can cause feelings of shame or embarrassment, undermining your relationship with them and jeopardizing the trust you’ll need for productive learning, a 2019 study shows.

“Children at school struggle to maintain self-esteem amid the battle for popularity, grades, and social rankings,” write the researchers of the study. “When an adult induces the belief that one is unworthy...then self-respect and self-assurance, central ingredients of thoughtful autonomy, are undermined.”

A Fall-Hamilton elementary school in Nashville, every classroom has a peace corner—an alternative to a time-out corner that gives students an opportunity to calm down, reflect on their thoughts and feelings and practise self-regulation skills. Principal Mathew Portell describes it as a way for students to build the capacity “to be able to know what to do when they're frustrated or when they're angry.”

Unlike time-out corners, which are typically perceived as a punishment, peace corners are used by all students—students can go there themselves, within reason—“so it's not a place of stigma.” Crucially, activities are scattered throughout the area to help students learn self-regulation skills, from breathing exercises to a chart that helps them reflect on what choices they made and the better choices they could make in the future.

A common—but destructive—strategy is to publicly identify students who are disruptive or act out. A 2019 study highlights several examples: At one school, the hallways are lined with lists of students who have been given detention. At another school, teachers write students’ names on the classroom board to track misbehaviour or use colour-coded stickers as a scoring system—red for bad behaviour, blue for good. Student tardiness or absences are tracked on data walls, which can further harm students by publicly displaying low test scores and grades.

These shaming practices “fail to inhibit future acts of wrongdoing and may even make matters worse,” the researchers contend. Instead of calling students out publicly, teachers should approach them privately and encourage them to reflect on the wrongdoing, think about its source, and take responsibility for addressing it.

It’s a losing battle to expect compliance from students without putting in the emotional work. Demand it and many students will simply rebel, test boundaries, or engage in power struggles. Good classroom management requires that you build a solid relationship based on trust and empathy: “Classroom management is not about controlling students or demanding perfect behaviour,” researchers explain in a 2014 study. “Instead, effective management is about supporting students to manage themselves throughout daily learning and activities.”

Teachers should focus on proactive strategies, such as positive greetings at the door, intentionally building and working to maintain relationships, co-creating classroom norms with students, and developing an active physical presence to help students develop the social and emotional skills they need to be able to regulate their own behaviour.

MISTAKE #7: NOT CHECKING YOUR BIASES

Scores of studies show that teachers inadvertently perceive students of colour as being less capable and more aggressive than White students, and may apply rules inconsistently, which can erode trust and relationships. For example, a 2019 study found that teachers often give Black students fewer warnings to correct their misbehaviour before being sent to the principal’s office, when compared to their White peers.

Such perceived unfairness can contribute to a “trust gap” among students of colour. “African American students were more aware of racial bias in school disciplinary decisions, and as this awareness grew it predicted a loss of trust in the school, leading to a large trust gap in seventh grade,” write the researchers of a 2017 study. This not only led to more discipline problems but also decreased interest in applying to college.

Teachers can take a few steps to stem disciplinary bias by being cognizant of their implicit biases—we all have them—and make it a practice to review all disciplinary measures they enact, to see if areas for improvement can be spotted.

But it’s not up to teachers alone. With the nationwide protests over racial justice, it’s imperative that schools take steps “to take a hard look at themselves and identify policies that contribute to systemic racism—and then to reform them,” writes Andrew Ford, a data analyst at the New York City Department of Education. He proposes that schools adopt a “data equity” approach and examine how ”opportunities, outcomes, and environments differ along racial lines.” Are certain groups disproportionately targeted by disciplinary policies? Are disciplinary measures producing the desired outcomes? If not, why?

Tweet
More in this category: « What Summer Schools Learned About the Challenges of Reopening Starting the Year With Adaptable Literacy Preassessments »
back to top