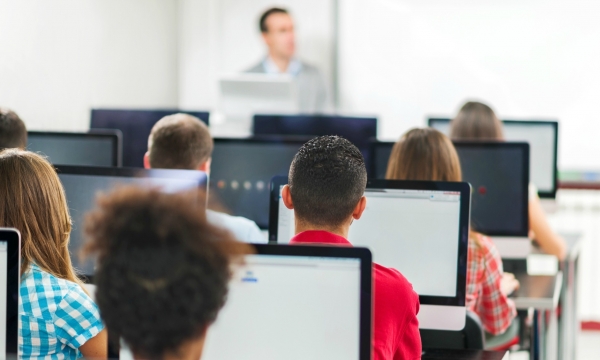 Want to increase a young child’s motivation to read? Tap into their natural curiosity, a new study finds.

“What are antennae used for, Daddy?”

We’re sitting cosily on the couch reading a picture book, and my 5-year-old son is quick to spot animal features that he doesn’t understand—a giraffe’s neck, a turtle’s shell. And ants’ antennae. I mimic antennae on my head with my fingers—a natural, almost instinctive gesture—and explain to him that they’re sometimes called feelers and they help ants touch and smell what’s around them, especially food.

In the 1930s, developmental psychologist Jean Piaget coined the term “little scientists” to describe the way young children learn: They explore the world with their senses, constructing knowledge by interacting with their surroundings and observing cause and effect. When kids play in a field, they’re learning how the world works: Don’t run in the mud—it’s slippery and you can fall. If you climb a tree, avoid the thin branches—they may snap. Traction, density, stability: Kids explore these concepts long before they set foot in a physics class.

To explore this idea further, I recently spoke with Margaret Shavlik, lead author of a new study that found that young children prefer picture books with causal information, like explanations of the functions of animals’ body parts.

“Kids are hungry for knowledge, and an acausality is a satisfying form of knowledge because it’s not just memorizing things, it’s understanding them,” Shavlik told me. “There’s something about that conceptual knowledge that makes it satisfying because it’s not just thinking, ‘I’ve memorized it, let’s move on,’ but realizing, ‘Oh, I get it now.’” This is deeply embedded in our natural instinct for survival, she explained: The better someone knows how the world works, the more likely they are to survive in it.

In the study, Shavlik and her research team at the Little Learners Lab at Vanderbilt University read picture books to 48 children who were 3 and 4 years old. They created two versions of a children’s book about animals—one rich with causal information that explained how a particular behaviour or body part helped the animal survive, and another that was minimally causal, presenting descriptions of the animals’ features and behaviours. The researchers read the pair of books to each child and asked which one they preferred. After two weeks, they read the books to the children again, to see if they had consistent preferences.

“More than expected, children picked the causal book both times, indicating to us that it was a reliable preference over time,” Shavlik told me. The children’s preference for causal books was 75 per cent higher than what would be expected if they were picked randomly. This can have major implications for learning, Shavlik argued, since tapping into that preference could increase kids’ motivation to read, helping them build the skills for lifelong learning. “If we can capitalize on children’s curiosity, then we can get them more excited about reading books,” Shavlik said.

READING TO KIDS IS ABOUT MORE THAN LITERACY

As our conversation continued, Shavlik explained that reading isn’t just about imparting skills to children. It’s also about spending quality time with them—something that has been especially important during the pandemic. We build emotional closeness with children when we sit together and share a book.

“Parents, especially right now, are such a source of information for their child, and I think a lot of parents don’t realize how valuable they are to their child’s development,” said Shavlik. “They may think, ‘Oh, I’m not a teacher,’ but they are the first teacher in a child’s life. They have this gift that they can offer.”

So what does this mean for teachers and parents? We should switch from reading to children to reading with them, Shavlik said: Let them pick books they’re interested in. Ask questions while we read to them so they’re not just passively listening. Ask the “why” questions, which will spark children’s interest and help them build critical

early literacy skills they’ll need to be successful in school and later in life.

“Finding ways to connect the book to a child’s life will make it more engaging and motivating for them to read,” said Shavlik.

Tweet
More in this category: « Teaching Target Language Vocabulary With Micro Field Trips A Guide to Equity and Antiracism for Educators »
back to top