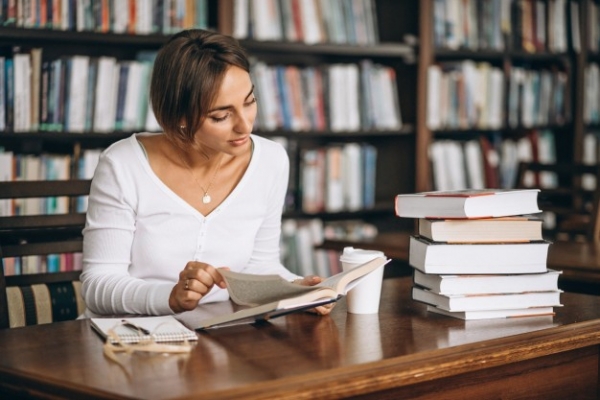 Literary theory can be a tough topic for high school students—a simple story may be just the scaffold they need to start figuring it out.

I’ve always struggled with how to teach my seniors about literary analysis. Many of them find it boring or don’t see how they can use it in their lives. After two years of trying to justify our study of literary theory to my students, I reevaluated how—and why—I was teaching it in the first place.

I started with the literature I had been making my students read during our literary analysis unit. I often assigned “The Lottery” by Shirley Jackson, a story with a lot of symbolism and depth, or “The Oval Portrait” by Edgar Allan Poe.

So instead of using complicated literature, I introduced literary theory through children’s books and fairy tales. We began with Maurice Sendak’s Where the Wild Things Are, which I read aloud to my class in the spirit of a childhood storytime. Almost all of my students were familiar with the picture book, and after the first reading, they shared their memories, feelings, and associations with it. That led to a discussion of how the same book can be seen through many different lenses based on prior knowledge and experiences.

Next, I broke the class up into partners and provided each pair with a different literary theory to apply while re-reading the book. I gave each pair a simplified explanation of their literary theory. Students worked with their partners to discuss the book through their assigned lens as I circled the room and listened. I shared guiding questions with students who seemed to be struggling. For example, I asked students using feminist theory to consider questions such as “What is the role of the mother in the story?” and “What is the balance of power like between mother and son?” Students then shared their thoughts in a full-class conversation.

Next, I introduced my students to two versions of the “Little Red Riding Hood” story, one by the Brothers Grimm and another by Charles Perrault. Many versions of this story exist, and nearly every student expressed familiarity with a slightly different retelling, especially when it came to the ending. Therefore, every student had a slightly different reader’s response to the versions read in class.

For the Brothers Grimm version, I led my students through a slide show of some possible ways to analyze the text using different theories. Now that students were familiar with a number of literary theories, I allowed them to pick one to apply to the Perrault text. The results were surprising and outstanding. Several students chose feminist theory—many of my students already consider themselves feminists or study gender studies, so they could connect how Little Red Riding Hood was portrayed with how females are portrayed today.

I followed up this activity with a class discussion in which I challenged my students to clarify their analyses and see things through each other’s point of view. This technique allowed for greater engagement. I also used it as an opportunity to show them how this type of thinking can help them resolve conflicts in their everyday lives—by acknowledging and understanding others’ thought processes, they can disagree respectfully.

As a summative assessment of my students’ ability to analyze using a literary theory, I gave them two versions of the fairy tale “The Princess and the Pea”: Hans Christian Andersen’s and “The Princess and the Bowling Ball” by Jon Scieszka. I once again allowed them to choose their own lens to look through—I felt it was more important for them to feel confident about their ability than to force them to use literary theories they might not understand. Although some students used the same theory as before, I was happy to see that others chose different lenses with confidence. They each wrote a multi-paragraph analysis using their chosen lens, and I provided them with written feedback that clarified any misconceptions they had about their chosen theory.

It’s easy for students to see things as black-and-white or right and wrong, so it’s no wonder that learning how to apply literary theory is so difficult. Throughout the process, I emphasized that there are no right or wrong answers in literary analysis, as long as they could use textual evidence to support their analysis.

My ultimate learning goal for my students is for them to apply this type of thinking to real-life circumstances. I hope that by having open and honest conversations about our perspectives, I’ve at least encouraged my students to consider alternative points of view to be just as valid as their own.

Many students reported that our week discussing literary theory was more enjoyable than they had expected. They had heard from past seniors just how torturous this lesson could be, so they were relieved that we had taken a new approach to a difficult topic. I hope they remember this unit as an opportunity for growth, exploration, and yes, embracing few of their childhoods along the way.

Tweet
More in this category: « Lessons Learned During the Pandemic Using Universal Design to Create Better Assessments »
back to top

How to Prepare Students for the Workplac…

Teachers Around the World Tell Us Reopen…

A Guide to Equity and Antiracism for Edu…