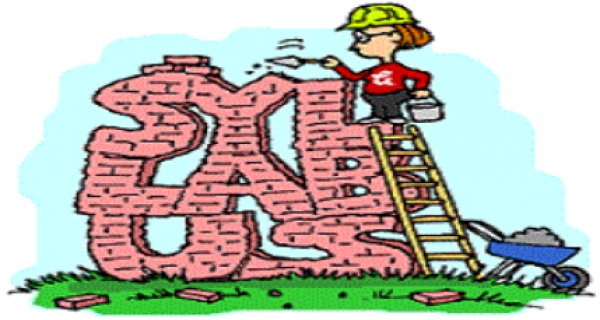 According to Nunan (2001), ‘[s]yllabus design is concerned with the selection, sequencing and justification of the content of the curriculum’.

Traditional approaches to syllabus, however, run counter to this definition, as they are concerned with selecting lists of linguistic features such as grammar, vocabulary, and pronunciation, as well as experiential content, such as topics and themes. In the last twenty years or so, a wide range of alternative syllabus models have been put forward, including a task-based approach, to which I subscribe. Based on Nunan’s article, “Aspects of Task-Based Syllabus Design” (2001), I want to explore some of the elements that a syllabus designer needs to take into consideration when going about creating syllabuses and pedagogical materials. It should be noted that, to a greater or lesser extent, every language teacher is supposed to act as a syllabus designer, since part of his or her job is to prepare materials and, most importantly, to critically evaluate the books and materials he or she is called on to use.

A task-based syllabus represents a particular realisation of communicative language teaching. In other words, what arguably permeates it is the need to act as an interface between purely pedagogical goals and real-world activities. So, instead of making lists of grammatical, notional-functional, and other items, the designer should conduct a needs analysis, which is instrumental in yielding a list of the target tasks that learners will need to carry out in the real world outside the classroom. Such target tasks include:

Taking part in a job interview.

Filling in a credit card application.

Finding one’s way from a hotel to a subway station.

Checking into a hotel.

Any approach to language pedagogy should concern itself with three essential elements: language data, information, and practice.

By language data, I, like Nunan, mean samples of spoken and written language. There is no denying that without access to data, it is next to impossible to learn (or even acquire) a language. ‘Minimally, what is needed to acquire a language is access to appropriate samples of aural language in contexts that make transparent the relationship between form, function, and use’ (ibid.).

In small groups, study the following dialogues. What’s the difference between what A says and what B says? When do we use one form and when do we use the other? A: I’ve seen that balloon before! B: Me, too. I saw it yesterday while I was shopping. A: Do you want to go skiing? B: I’m afraid not because I’m visiting my aunt this weekend. A: Oh, come to think of it, I’ll have to go to the dentist on Saturday!

Student A: “A uses Present Perfect to talk about things that happened in the past but are happening again now.”

Student B: “We use Present Perfect when we want to focus on the action rather than the time when something happened.”

Student C: “Simple past is used when we know when something happened.”

Student E: “We use Present Simple to ask for preferences (sic.), while we use Present Continuous to talk about our plans.”

The third essential element is practice. Unless one has “the gift of the gab,” it is highly unlikely that one will get very far without extensive practice. In designing practice opportunities for learners, Nunan (ibid.) makes a distinction between tasks, exercises, and activities. A task is a communicative act that does not usually have a restrictive focus on a particular grammatical structure, and has a non-linguistic outcome. An exercise usually has a restrictive focus on a specific language element, and has a linguistic outcome. An activity usually has a restrictive focus on one or two language items, but also has a communicative outcome.

Furthermore, Nunan (ibid.) distinguishes between real-world or target tasks, which are communicative acts achieved through language in the world outside the classroom, and pedagogical tasks, which are carried out in the classroom. Pedagogical tasks are then subdivided into those with a rehearsal rationale and those with a pedagogical rationale. Let us have a look at the following breakdown of these elements:

Real-world or target tasks: A communicative act achieved through language in the world outside the classroom.

Pedagogical tasks: A piece of classroom work involving learners in comprehension, manipulation, production or interaction in the target language, while their attention is focused on meaning rather than form. They have a non-linguistic outcome, and can be divided into rehearsal tasks or activation tasks.

Rehearsal task: A piece of classroom work in which learners rehearse, in class, a communicative act they will carry out outside the class.

Activation task: A piece of classroom work involving communicative interaction, but NOT one in which learners will be rehearsing for some out-of-class communication. Rather, their purpose is to activate the acquisition process.

Language exercise: A piece of classroom work focusing on, and involving learners in, manipulating some aspect of the linguistic system.

Communication activity: A piece of classroom work focusing on a particular linguistic feature but also involving the genuine exchange of meaning.

Let us have a look at some examples of pedagogical tasks, communicative activities and language exercises from “Expressions” (taken from Nunan, 2001).

Now think of four things you did yesterday. Write sentences in the blanks.

Ask each person in your group what they like/like doing. Decide on a suitable gift for each person.

Now imagine you’re applying for one of these jobs. Your partner is applying for the other. (Students have two job advertisements).

Compare your partner with other applications for the job. Who is the best candidate?

Group work: Tell your partners what you’re thinking about doing. For each activity, get a recommendation and a reason from three different people. Then write the best recommendations in the chart.

As Nunan (ibid.) notes, the essential difference between a task and an exercise is that a task has a non-linguistic outcome. Real-world tasks are the sorts of things that people typically do outside of the classroom. Pedagogical tasks are designed to activate acquisition processes.

What the syllabus designer does is to identify the knowledge and skills the learner needs to carry out the tasks. The next step is to sequence and integrate them with exercises that aim to develop the requisite knowledge and skills. The steps Nunan follows in designing language programs are the following:

Tweet
More in this category: « Language and Disadvantage Testing and Assessment »
back to top