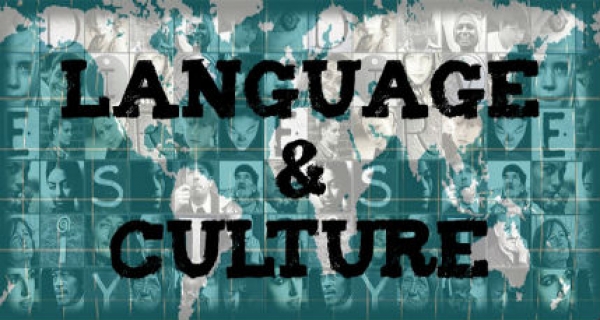 Indisputably, language is a social institution, both shaping and shaped by society at large, or in particular the ‘cultural niches’ (Eleanor Armour-Thomas & Sharon-ann Gopaul-McNicol, 1998) in which it plays an important role.

Thus, if our premise is that language is, or should be, understood as cultural practice, then ineluctably we must also grapple with the notion of culture in relation to language. It would be nothing short of ludicrous to assert that language is, say, a compendium of rules and strings of words and sentences used to form propositions about certain states of affairs. Language is not an ‘autonomous construct’ (Fairclough, 1989: vi) but social practice both creating and created by ‘the structures and forces of [the] social institutions within which we live and function’ (ibid.). Certainly, language cannot exist in a vacuum; one could make so bold as to maintain that there is a kind of “transfusion” at work between language and culture. Construing language as a system of communication and representation of the world, and as a set of habits, we could say that culture—‘a very muddied concept’, according to Hall (1981: 20)—is ‘the total set of habits which man learns’ (Landar, 1965: 130), language being ‘a subset of those habits’ (ibid.). Of course, the claim that language and culture can be reduced to a mere set of habits is an unwarranted sweeping generalisation. Rather,

Besides, ‘culture defines not only what its members should think or learn but also what they should ignore or treat as irrelevant’ (Eleanor Armour-Thomas & Sharon-ann Gopaul-McNicol, 1998: 56).

That language has a setting, in that the people who speak it belong to a race or races and are incumbents of particular cultural roles, is blatantly obvious. It should be reiterated that ‘language does not exist apart from culture, that is, from the socially inherited assemblage of practices and beliefs that determines the texture of our lives’ (Sapir, 1970: 207). In a sense, it is ‘a key to the cultural past of a society’ (Salzmann, 1998: 41), ‘a guide to “social reality”’ (Sapir, 1929: 209, cited in Salzmann, 1998: 41). Nineteenth-century sociologists, such as Durkheim, were well aware of, and dilated upon, the interdependence of language and culture. For Durkheim (1912), children master their mother tongue by dint of making hypotheses as to the possible circumstances under which it can be used, and by learning probabilities. For example, a child sees a canary and is culturally conditioned to associate certain features and attributes of the bird with the actual word canary. And most importantly, the extent to which the child will internalise the relationship (or lack thereof) between the word canary and its referent in the world is contingent upon ‘social adulation’ (Landar, 1965: 225). If he is taken for a walk and sees a sparrow and says, “canary,” he will be corrected, learning that ‘competence counts’ (ibid.). In other words, ‘[s]ocioculturally structured associations have to be internalized’ (ibid.)—and, as often as not, these associations vary from culture to culture. Rather than getting bogged down in a ‘linguistic relativity’ debate, the tenets of which are widely known, we should give some consideration to the claim that ‘language is not merely the external covering of a thought; it is also its internal framework. It does not confine itself to expressing this thought after it has once been formed; it also aids in making it’ (Durkheim, 1912).

But what is meant by the term culture? According to Duranti (1997: 24), ‘culture is…something learned, transmitted, passed down from one generation to the next, through human actions, often in the form of face-to-face interaction, and, of course, through linguistic communication’. Given this definition, it is patently obvious that language, albeit a subpart of culture, plays a pivotal role. Bourdieu has emphasised the importance of language not as an autonomous construct but as a system determined by various socio-political processes. For him, a language exists as a linguistic habitus (see Bourdieu, 1990: 52), as

a set of practices that imply not only a particular system of words and grammatical rules, but also an often forgotten or hidden struggle over the symbolic power of a particular way of communicating, with particular systems of classification, address and reference forms, specialized lexicons, and metaphors (for politics, medicine, ethics) (Bourdieu, 1982: 31, cited in Duranti, 1997: 45).

Culture can be regarded as a ‘muddied concept’ (Hall, 1981: 20), elusive of any definitive definition, yet it is inextricably and implicitly related to language. As Duranti insightfully remarks,

[w]ords carry in them a myriad possibilities for connecting us to other human beings, other situations, events, acts, beliefs, feelings…The indexicality of language is thus part of the constitution of any act of speaking as an act of participation in a community of language users (Duranti, 1997: 46).

to speak means to choose a particular way of entering the world and a particular way of sustaining relationships with those we come in contact with. It is often through language use that we, to a large extent, are members of a community of ideas and practices (ibid.).

Thus, as a complex system of classification of experience and ‘an important window on the universe of thoughts’ (Duranti, 1997: 49); as a link between thought and behaviour; and as ‘the prototypical tool for interacting with the world’ (ibid.), language is intertwined with culture.

In the past, language and culture were lumped together as if they automatically implied each other. Wilhelm von Humboldt, an eminent diplomat and scholar, once wrote:

The spiritual traits and the structure of the language of a people are so intimately blended that, given either of the two, one should be able to derive the other from it to the fullest extent…Language is the outward manifestation of the spirit of people: their language is their spirit, and their spirit is their language; it is difficult to imagine any two things more identical (Humboldt, 1907, cited in Salzmann, 1998: 39).

Modern anthropologists, though, have tried to demonstrate quite the opposite: that language and culture can be thought of and examined as historically separable. Even though it is a truism that culture, shorn of language, is unthinkable, there has been no correlation established between cultures of a certain type and a certain type of language. ‘In fact, there were and still are areas in the world where societies share a very similar cultural orientation yet speak languages that are not only mutually unintelligible but completely unrelated and structurally different’ (ibid.). As Sapir (1921: 215) asserts, ‘[l]anguage, race, and culture are not necessarily correlated’, only to admit later on that ‘[l]anguage and our thought-grooves are inextricably interrelated, are, in a sense, one and the same’ (ibid.: 217-218), thus oscillating between a view of language and culture as being autonomous and separate from each other and one of linguistic determinism, whereby language affects and shapes human thought. According to his lights, ‘[c]ulture may be defined as what a society does and thinks. Language is a particular how of thought’ (ibid.: 218). In addition, Hall (1981: 36) aligns himself with Humboldt and Bourdieu in dubbing language ‘one of the dominant threads in all cultures’. In a similar vein, Bruner (1996: 3) says that ‘[a]lthough meanings are “in the mind,” they have their origins and their significance in the culture in which they are created’. And he adds, ‘human beings do not terminate at their own skins; they are expressions of a culture’ (Bruner, 1990: 12).

What is more, culture seems to have a grammar of its own, which superimposes itself upon, and is reflected in, that of language. ‘[A] grammar of culture consists of rules for the generation of patterns of behaviour’ (Howell & Vetter, 1976: 376). Nevertheless, enumerating and stipulating rules is not tantamount to constructing a language or a culture. ‘[A] mere inventory of components does not constitute a language, any more than a listing of culture traits constitutes a culture’ (ibid.). To achieve a deeper understanding of what the “grammar of culture” really consists in, we should adduce the following example (see Howell & Vetter, 1976: 374). When an American sees a bus coming, he almost always uses the present progressive (“the bus is coming”), in juxtaposition with a Japanese, who uses the present perfect (“the bus has come”). In this case, the difference between the two cultures lies in the ‘conceptual organization of experience’ (Henle, 1970: 3) which they choose, or rather are conditioned, to adhere to. As has been intimated above, to a large extent, ‘[we] can be conditioned to see and hear things in much the same way as [we] can be conditioned to perform overt acts as knee jerking, eye blinking, or salivating’ (Bruner & Goodman, 1947: 34).

On the other hand, we could envision the possibility of ‘certain linguistic features mak[ing] certain modes of perception more prevalent or more probable’ (Henle, 1970: 18). Lexical and grammatical categories of a language have been assumed to determine how its speakers conceptualise the world around them. Consider the case of metaphors, ‘which have been analyzed as providing conceptual schemata through which we understand the world’ (Duranti, 1997: 64). For example, the metaphor UNDERSTANDING IS SEEING will generate such expressions as “I see what you mean. To get the whole picture, I’ll tell you…,” while the metaphor IDEAS ARE EDIBLE establishes similarities across two different domains (thinking and eating) and generates the expression “It gives me food for thought.” Unfortunately, an in-depth analysis of metaphors is not within the purview of the present study.

By way of conclusion, we could say that a whole set of concepts are couched in words and linguistic forms. Nevertheless, language should not be dismissed as a mere repository of experience; rather, it should be regarded as ‘a self contained, creative symbolic organization, which not only refers to the experience largely acquired without its help, but actually defines experience for us by reason of its formal completeness’ (Sapir, 1931: 578). Pertaining to culture, it could be said that it is a much contested ground. We should reiterate, though, that it is mainly a system of signs, beliefs, values and acts—in short, it is a means of communication that implies and encompasses the notion of language. Yet, what must be made explicit is that to expatiate upon the causal relation between language and culture is not to say which influences the other or to engage in a “chicken-and-egg” argument. As Henle (1970: 5) succinctly put it, ‘[e]ither may be the causal agent, both may be joint effects of a common cause, or there may be mutual causal action’.

Tweet
More in this category: « Language Acquisition Stages Language and Disadvantage »
back to top