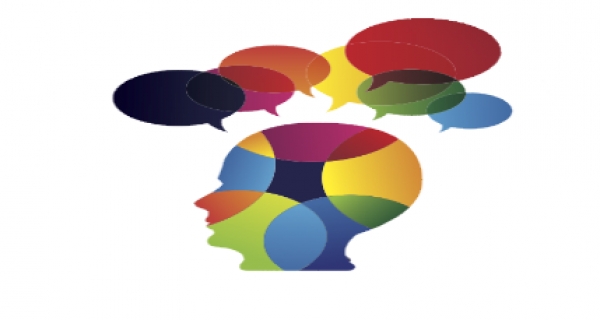 There seems to exist an implicit assumption that, inasmuch as teaching and learning concern the transfer and assimilation of knowledge and skills by persons equipped to do so, the assessment process involves sampling the pool of knowledge, skill, and competence.

This assumption is based on the further belief that if one can produce evidence of having mastered the assimilated knowledge and skill on demand, one not only knows but also can put these abilities to use whenever they are required. Nevertheless, this conception of knowledge and its assessment falls short of the mark, as it ignores the fact that the traditional assessment process is heavily dependent on the ability of the person being tested to recall and symbolically represent knowledge and to select iconic representations of skills (see Armour-Thomas and Gopaul-McNicol, 1998: xv-xvi for further details). In reality, one works with others in order to solve problems and often complements one’s own knowledge and skill with those of others. Moreover, one actually engages in performances that contribute to the solution of real problems rather than producing symbolic samples of one’s repertoire of developed abilities. As Armour-Thomas and Gopaul-McNicol (1998: xvi) assert, ‘there is some dissonance between what we typically do in the assessment of intellect and the ways in which humans exercise intellective functions in real life’. In the present paper, we shall discuss culture and cognition in relation to intelligence, trying to show that the latter does not rest on test scores but ‘is a multifaceted set of abilities that can be enhanced depending on the social and cultural contexts in which it has been nurtured, crystallized, and ultimately assessed’ (ibid.: 129).

Human cognition relates to, and describes, the mental activities that manipulate, translate, and transform, as it were, information represented in any modality. Thus, it can turn verbal information into spatial representation or pictorial information into numerical representation. Furthermore, the more commonly cited cognitions involved in intellectual activities are those related to short- and long-term memory, comprehension, vocabulary, reasoning, visual processing, auditory processing, and speed of processing. An important proviso is that all these cognitions do not function in isolation but depend, in part, on certain kinds of experiences in contexts for their expression and development.

According to the historian Stocking (1968), the modern concept of culture emerged at the end of the 19th and the beginning of the 20th century. The research of early anthropologists through their field studies of cultural groups the world over sought to pinpoint the factors responsible for variation in thinking among various groups. In cross-cultural psychology, a widely cited definition of culture put forth by Geertz (1973: 89) is as follows: ‘[Culture is an] historically transmitted pattern of meanings embodied in symbolic form by means of which men communicate, perpetuate, and develop their knowledge about and attitudes toward life’. According to Geertz, culture and cognition are inseparable, and it seems that this notion of inseparability is widely shared by cultural psychologists nowadays. Geertz held that the human brain is thoroughly dependent upon culture for its very operation. Gordon (1991: 101) has extended Geertz’s notion of culture to include ‘structured relationships, which are reflected in institutions, social status, and ways of doing things, and objects that are manufactured or created such as tools, clothing, architecture, and interpretative and representational art’. Besides, in an attempt to portray culture as an overarching construct in the lives of any social group, Gordon (1991) conceives it as a multidimensional construct comprising at least five dimensions: a) the judgmental or normative, b) the cognitive, c) the affective, d) the skill, and e) the technological (for further details, see Gordon and Armour-Thomas, 1991).

Transdisciplinary Research on Context and Cognition

During the past three decades, numerous studies have been conducted both within and across a diversity of cultural groups, with a view to examining differences in performance on cognitive tasks. These studies have been underpinned by different perspectives about context, learning, and cognition from sociolinguistics, education, psychology, and sociology. A common enquiry across disciplines was the search for an explanation for the finding of context-specific cognition within and between individuals in diverse settings and cultures. Let us briefly review some of the research in this area.

Anthropological and Cultural and Psychological Research

In interpreting the variable findings in the early cross-cultural Piagetian studies, Cole, Gay, Glick, and Sharp (1971: 233) made the following insightful observation: ‘Cultural differences in cognition reside more in the situations to which particular cognitive processes are applied than in the existence of a process in one cultural group, and its absence in another’. Vygotsky’s Mind in Society (1978) can be better understood in the light of this observation. In this work, Vygotsky provided a theoretical frame for understanding the observed variation in performance on cognitive tasks. According to him, a person’s cognitive potential emerges, develops, and finds its expression in a sociocultural milieu—a view that tallies with Geertz’s (1973) notion of culture.

Rogoff and Chavajay (1995) identified the following key assumptions common to disciplines taking a sociocultural approach to the study of differences in cognitive performance:

Values and Beliefs of a Culture

Even though there are no studies of human intelligence that have explicitly examined the values and beliefs of a culture as independent variables on cognition, these constructs are embedded in the tasks and social interactions in which children engage and, thus, serve an important socialising function in shaping intellectual development. Among other researchers, Goodnow has commented on these constructs. According to her, cognitive problems or tasks do not exist in a vacuum nor are they connected to some abstract set of principles or framework. Rather, they are bounded by a culture’s definition of the problem to be solved and its definition of “proper” methods of solution (Goodnow, 1976). What is more, Goodnow (1990) contends that cultural values contain tacit understandings of what constitutes an appropriate goal and posits that individuals learn ‘cognitive values’. In short, culture defines not only what its members should think or learn but also what they should ignore or treat as irrelevant aspects that she terms ‘acceptable ignorance or incompetence’.

The construct of intelligence has remained one of the most controversial topics in the history of psychology. Some researchers have pointed to the impressive evidence of neural efficiency in accounting for individual difference in intelligence, thus further bolstering the biological argument. Proponents of the cultural view, on the other hand, argue that observed behaviour is not independent of the cultural forces that shape, support, and guide its organisation and development. Despite the strong claims on each side of this “either-or” and “how much” debate, we shall take an interactionist perspective, which may shed light on the issue.

Intelligence is a culturally derived abstraction that members of a given society coin to make sense of observed differences in performance of individuals within and between social groups. The search for an objective definition with universal consensus is fraught with a lot of difficulties. As Horn (1991b: 198) states, ‘[e]fforts to define intellectual capabilities “once and for all” are doomed to failure because not only is the universe of these capabilities so vast that its boundaries are beyond comprehension, but also because it is constantly evolving into a new vastness’. Therefore, we shall tentatively define intelligence as

the deployment of culturally dependent cognitions in adaptation to meaningful encounters in our environment in a purposive manner. Its expression as behavior reflects the gradual transformation of biologically programmed cognitive potentials into developed cognitions through a process of cultural socialization (Armour-Thomas and Gopaul-McNicol, 1998: 59).

The emerging evidence from various disciplines that human cognition is context specific in addition to evidence of the strong influence of culture on cognitive development provide the empirical basis for the assertion that intelligence is a culturally dependent construct. More specifically, the evidence suggests that the mind functions and develops within ‘cultural niches’ (ibid.: 59) and as such the comingling of biological and cultural processes is inescapable. Although the range of cognitive potentials may be constrained by biological programming, which potentials develop and find expression depends, to a great extent, on cultural experiences. In view of this, the mental life of individuals is inseparable from the culture that gives it direction and meaning.

There are four assumptions underlying the biocultural perspective of intelligence: a) The interactions between biologically derived cognitive potentials and forces obtaining within the child’s culture are reciprocal, b) the interdependence of knowledge and cognitive processing in the development of cognition, c) instruction is a precursor to the development of cognition, and d) motivation as energy activated from both within and outside the person. We shall only briefly discuss a).

The biocultural perspective asserts that the characteristics of the individual and characteristics of specific characteristics within the child’s culture are reciprocally interactive. All human beings are born with capabilities that enable them to think in complex ways, such as the capacity to encode, transform, reason, store and retrieve information from memory. It is culture, however, that determines when, how, and under what conditions these potentials develop and manifest themselves in behaviour. Moreover, whether these cognitions will reach their fullest possible expression, remain undeveloped, or show stunned or uneven development depends on two factors: a) the opportunities and constraints within the culture that may foster or impede their growth, and b) the receptiveness or vulnerability of the organism at critical points in time toward these liberating and inhibiting forces operating with the culture (Armour-Thomas and Gopaul-McNicol, 1998: 60-61).

What emerges from this short discussion is that culture permeates the daily life of a people and as such plays a pivotal role in human development. In terms of its role in cognitive development, and more specifically intelligent behaviour, it seems that it has the potency to shape and transform biologically constrained potentials into developed cognitions. One’s cultural experiences and context are integral to the development of one’s cognition. It is culture that dictates the amount of time a child will spend on a particular task; it is culture that will form the types of tests and formal examinations that are supposed to check students’ competence and then categorise them accordingly. Those students who are not comfortable in decontextualised settings under impersonal and timed conditions are likely to be thought of as “less intelligent,” even if the difficulties that beset them have nothing to do with cognitive abilities. For some people, intelligence resides in our genes and “grey cells”; for others, it is the result of the interaction of a “thinking human being” with other such human beings. For us, though, intelligence is the residue of a “chemical reaction” between nature and nurture.

Tweet
More in this category: « Innateness Hypothesis Language Acquisition Stages »
back to top