Why You Should Ignore Difficult Students The First Week Of School 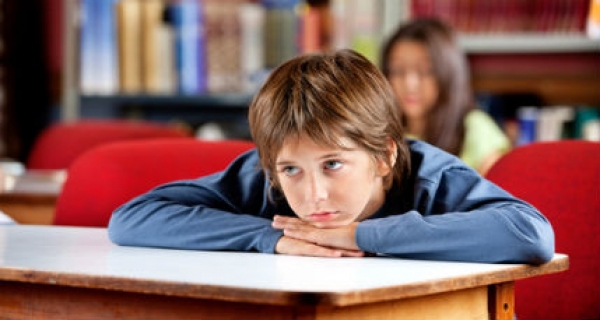 No, you’re not going to ignore their misbehavior.

When you first receive your roster for the coming year, it’s normal to want to get the lowdown on your new class.

It’s normal to seek out teachers from the grade below to see if you have any especially difficult students.

This isn’t necessarily a bad thing.

But by doing so, you can actually trigger their misbehavior. You can cause these challenging students to jump right back into the same bad habits they struggled with the year before.

You see, teachers who know ahead of time which students have a proclivity to misbehave will inevitably try to nip it in the bud. They’ll try to prevent it from growing into a major problem.

So they’ll seat them in the front of the room. They’ll pull them aside for pep-talks, warnings, and reminders.

They’ll try to “catch them doing good” and use their hovering presence as a deterrent.

But what this does is send the message that nothing has changed from the year before—or the year before that. Teacher after teacher has employed the same strategies.

Because the extra attention, especially during the first week of school, is a form of labeling.

The truth is, labeling has a profound effect on individual behavior, more so than any other classroom variable.

It reinforces the false narrative difficult students already believe about themselves that “behavior problem” is who they are—as much a part of them as their eye color or shoe size.

So, on the first day of school, when they find their assigned seat in the front of the room, when they notice your frequent and proximate attention, when they’re asked to line up behind the most well-behaved student in the class . . .

Because they know that no matter what—new year, new class, new teacher—they can’t escape their destiny.

Resigned to their fate, they shrug their shoulders and give you exactly what you expect. They become a walking, talking, misbehaving self-fulfilling prophecy.

It’s sad and tragic. Yet it’s a scenario that is repeated again and again in classrooms all over the world, with the same predictable results.

From the moment the new school year begins, if your behavior is in any way different around those few students with a “reputation,” they’ll recognize it immediately.

After all, they’re looking for it. They’re highly attuned to it. They know it intimately because they’ve been on the receiving end of it their entire lives.

So what should you do instead?

Treat them with the same gentle kindness, humor, and respect you do all of your students.

Don’t go out of your way. Don’t seat them in front of the room. Don’t pull them aside for reminders, if-I-were-yous, false praises, warnings, and the like.

Instead, give them a chance to turn over a new leaf.

Pretend they’re already perfectly well behaved. Act as if they’re already successful. Show them that you believe in them by interacting with them just like you do everyone else.

Give them hope that this year is going to be different, and those backbreaking labels, which are causing so much of their misbehavior, will begin to slide off their shoulders.

Their eyes will rise to meet yours. Their expressions will soften. Their breathing will deepen.

Relief will wash over them like a summer rain.

Give these school weary and teacher wary students a chance to become the potential you see in them.

Grant them a new prophecy.

And they’ll never be the same.

Tweet
More in this category: « 25 Classroom Management Myths To Ponder This Summer How To Ask For And Receive Your Students’ Attention Within Two Seconds »
back to top

Top 7 Major Roles of a Headmaster

How to attract Parents, Students to your…

How to keep your students motivated

Fitness-Based Classroom Activities Can B…