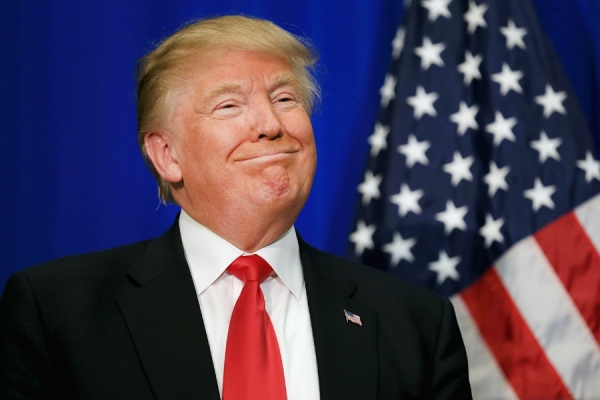 Once upon a time, not too long ago, it was taboo for top-level politicians to openly express racist sentiments. That’s why they tended to use code words, talking about “inner city crime” or “welfare dependency”.

These are dog whistles terms, which have been shown to appeal to voters’ latent racism without their full awareness. If politicians were too obvious in their racial appeals, political psychologists predicted, they would fail.

So how have we come to be where we are now, in a world where the President of the US speaks of “s***hole countries” and calls Mexicans rapists. How did this happen? Have all the prohibitions on racism evaporated? Is it now perfectly acceptable to be openly racist? It isn’t.

I think a key reason that Trump has been so successful is that he makes use of what I call a “racial figleaf”. A racial figleaf is an additional utterance which provides just enough cover for an utterance that would otherwise be seen as clearly racist. The figleaf serves to undermine the audience’s confidence that the racist utterance really is racist. I call it a “figleaf” because it serves to just barely cover something one isn’t supposed to show in public. If you use a dog whistle, you don’t need a figleaf because racism is already well-concealed. A figleaf is something that can cover up for racism that would otherwise be all too clear.

To see how this works, let’s look back at Trump’s infamous comments about Mexicans:

Most media attention focused, quite reasonably, on Trump’s appalling claim that Mexicans are rapists. But there are several other bits that serve as fig leaves for this assertion – most notably the bizarre line: “Some, I assume, are good people.”

Spending time on pro-Trump online discussions, I discovered that some of the president’s supporters actually worried about whether he might be racist, and, crucially, they reassured each other by citing this line. This line serves as a figleaf, providing cover for the otherwise obvious racism. “Surely”, these people think, “a racist would not acknowledge that some Mexicans are good people”. It doesn’t work for everyone, but it does work for some.

And figleaves like this matter. They change our standards for what counts as racist, and our norms for what is acceptable to say. Once you’ve accepted the figleaf, you’ve accepted that the line “Mexicans are rapists” is the sort of thing that a non-racist might say.

Similarly, the presence of the line Trump used when closing national borders “until our country’s representatives can figure out what the hell is going on”, can reassure some of those who might be worried about a call for a “total and complete shutdown of Muslims entering the United States”. People can tell themselves that a racist would call for a permanent shutdown, so calling for a temporary shut down while more information is being gathered isn’t racist. Again, the figleaf didn’t work for everyone – but the fact that it worked for some is important to appreciate.

As I researched figleaves during the US election, and during the months since the election, I wondered if there would come a time when the figleaves could drop off. Might we become so used to the idea of “Mexicans are rapists” as a non-racist utterance that the cover of a figleaf was no longer necessary? I wondered and I watched.

Then, a couple weeks ago, we learned that Trump had declared African nations to be “s***hole countries”. I looked for the figleaves accompanying this, but found none. Clearly, Trump felt no need to offer figleaves – at least not to the small group he was with. I was relieved to see that most of the world exploded in horror, and that many Republicans denied that he had said this. The denial, I thought, was at least some indication that they found the utterance appalling. Trump, too, denied it.

Over on Fox News, however, some commentators simply defended the utterance as not racist at all.

And it turns out that Trump’s approval ratings actually rose in the days following his remarks – an indication that saying “s***hole countries” is not the kiss of death that it might once have been.

For some people, then, the fig leaves have been working so well that their concept of racism is changing to the point that “s***hole countries” no longer seems a racist thing to say. Fortunately, this is not so for all of us. Figleaves are a tool used to try to reshape our sense of what counts as racist. It’s vital for us to point out what those figleaves are covering.

Tweet
More in this category: « How English words entered Arabic through the British empire in Iraq Does good grammar really matter? »
back to top

Grammar: The Skunk at the Garden Party

How to Get the Most Out of a Diverse Cla…