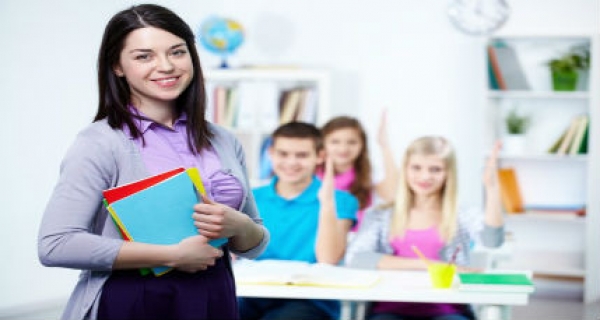 As the title implies, the English language teaching tradition has been subjected to a  tremendous change, especially throughout the twentieth century.

Perhaps more than any other discipline, this tradition has been practiced, in various adaptations, in language classrooms all around the world for centuries. While the teaching of Maths or Physics, that is, the methodology of teaching Maths or Physics, has, to a greater or lesser extent, remained the same, this is hardly the case with English or language teaching in general. As will become evident in this short paper, there are some milestones in the development of this tradition, which we will briefly touch upon, in an attempt to reveal the importance of research in the selection and implementation of the optimal methods and techniques for language teaching and learning.

In the Western world back in the 17th, 18th and 19th centuries, foreign language learning was associated with the learning of Latin and Greek, both supposed to promote their speakers’ intellectuality. At the time, it was of vital importance to focus on grammatical rules, syntactic structures, along with rote memorisation of vocabulary and translation of literary texts. There was no provision for the oral use of the languages under study; after all, both Latin and Greek were not being taught for oral communication but for the sake of their speakers’ becoming “scholarly” or creating an illusion of “erudition.” Late in the nineteenth century, the Classical Method came to be known as the Grammar Translation Method, which offered very little beyond an insight into the grammatical rules attending the process of translating from the second to the native language.

It is widely recognised that the Grammar Translation Method is still one of the most popular and favourite models of language teaching, which has been rather stalwart and impervious to educational reforms, remaining a standard and sine qua non methodology. With hindsight, we could say that its contribution to language learning has been lamentably limited, since it has shifted the focus from the real language to a “dissected body” of nouns, adjectives, and prepositions, doing nothing to enhance a student’s communicative ability in the foreign language.

The last two decades of the nineteenth century ushered in a new age. In his The Art of Learning and Studying Foreign Languages (1880), Francois Gouin described his “harrowing” experiences of learning German, which helped him gain insights into the intricacies of language teaching and learning. Living in Hamburg for one year, he attempted to master the German language by dint of memorising a German grammar  book and a list of the 248 irregular German verbs, instead of conversing with the natives. Exulting in the security that the grounding in German grammar offered him, he hastened to go to the University to test his knowledge. To no avail. He could not understand a word! After his failure, he decided to memorise the German roots, but with no success. He went so far as to memorise books, translate Goethe and Schiller, and learn by heart 30,000 words in a dictionary, only to meet with failure. Upon returning to France, Gouin discovered that his three-year-old nephew had managed to become a chatterbox of French—a fact that made him think that the child held the secret to learning a language. Thus, he began observing his nephew and came to the conclusion (arrived at by another researcher a century before him!) that language learning is a matter of transforming perceptions into conceptions and then using language to represent these conceptions. Equipped with this knowledge, he devised a teaching method premised upon these insights. It was against this background that the Series Method was created, which taught learners directly a “series” of connected sentences that are easy to understand. For instance,

Nevertheless, this approach to language learning was short-lived and, only a generation later, gave place to the Direct Method, posited by Charles Berlitz. The basic tenet of Berlitz’s method was that second language learning is similar to first language learning. In this light, there should be lots of oral interaction, spontaneous use of the language, no translation, and little if any analysis of grammatical rules and syntactic structures. In short, the principles of the Direct Method were as follows:

• Classroom instruction was conducted in the target language

• There was an inductive approach to grammar

• Only everyday vocabulary was taught

The Direct Method enjoyed great popularity at the end of the nineteenth century and the beginning of the twentieth but it was difficult to use, mainly because of the constraints of budget, time, and classroom size. Yet, after a period of decline, this method has been revived, leading to the emergence of the Audiolingual Method.

The outbreak of World War II heightened the need for Americans to become orally proficient in the languages of their allies and enemies alike. To this end, bits and pieces of the Direct Method were appropriated in order to form and support this new method, the “Army Method,” which came to be known in the 1950s as the Audiolingual Method.

The Audiolingual Method was based on linguistic and psychological theory and one of its main premises was the scientific descriptive analysis of a wide assortment of languages. On the other hand, conditioning and habit-formation models of learning put forward by behaviouristic psychologists were married with the pattern practices of the Audiolingual Method. The following points sum up the characteristics of the method:

• Dependence on mimicry and memorisation of set phrases

• Use of tapes and visual aids

But its popularity waned after 1964, partly because of Wilga Rivers’s exposure of its shortcomings. It fell short of promoting communicative ability as it paid undue attention to memorisation and drilling, while downgrading the role of context and world knowledge in language learning. After all, it was discovered that language was not acquired through a process of habit formation and errors were not necessarily bad or pernicious.

The Chomskyan revolution in linguistics drew the attention of linguists and language teachers to the “deep structure” of language, while psychologists took account of the affective and interpersonal nature of learning. As a result, new methods were proposed, which attempted to capitalise on the importance of psychological factors in language learning. David Nunan (1989: 97) referred to these methods as “designer” methods, on the grounds that they took a “one-size-fits-all” approach. Let us have a look at two of these “designer” methods.

Suggestopedia promised great results if we use our brain power and inner capacities. Lozanov (1979) believed that we are capable of learning much more than we think. Drawing upon Soviet psychological research on yoga and extrasensory perception, he came up with a method for learning that used relaxation as a means of retaining new knowledge and material. It stands to reason that music played a pivotal role in his method. Lozanov and his followers tried to present vocabulary, readings, role-plays and drama with classical music in the background and students sitting in comfortable seats. In this way, students became “suggestible.”

Of course, suggestopedia offered valuable insights into the “superlearning” powers of our brain but it was demolished on several fronts. For instance, what happens if our classrooms are bereft of such amenities as comfortable seats and Compact Disk players? Certainly, this method is insightful and constructive and can be practised from time to time, without necessarily having to adhere to all its premises. A relaxed mind is an open mind and it can help a student to feel more confident and, in a sense, pliable.

The Silent Way rested on cognitive rather than affective arguments, and was characterised by a problem-solving approach to learning. Gattegno (1972) held that it is in learners’ best interests to develop independence and autonomy and cooperate with each other in solving language problems. The teacher is supposed to be silent—hence the name of the method—and must disabuse himself of the tendency to explain everything to them.

The Silent Way came in for an onslaught of criticism. More specifically, it was considered very harsh, as the teacher was distant and, in general lines, the classroom environment was not conducive to learning.

The work of O’ Malley and Chamot (1990), and others before and after them, emphasised the importance of style awareness and strategy development in ensuring mastery of a foreign language. In this vein, many textbooks and entire syllabi offered guidelines on constructing strategy-building activities. Below there is an example of a list of the “Ten Commandments” for good language learning (taken from Brown, H. D. (2000: 137)):

3. Build self-confidence Believe in yourself

6. Use right-brain processes Get the BIG picture

8. Practice intuition Go with your hunches

The need for communication has been relentless, leading to the emergence of the Communicative Language Teaching. Having defined and redefined the construct of communicative competence; having explored the vast array of functions of language that learners are supposed to be able to accomplish; and having probed the nature of styles and nonverbal communication, teachers and researchers are now better equipped to teach (about) communication through actual communication, not merely theorising about it.

At this juncture, we should say that Commuicative Language Teaching is not a method; it is an approach, which transcends the boundaries of concrete methods and, concomitantly, techniques. It is a theoretical position about the nature of language and language learning and teaching.

Let us see the basic premises of this approach:

• Focus on all of the components of communicative competence, not only grammatical or linguistic competence

• Engaging learners in the pragmatic, functional use of language for meaningful purposes

• Using the language in unrehearsed contexts

From all the above we can see that the manageable stockpile of research of just a few decades ago has given place to a systematic storehouse of information. Researchers the world over are meeting, talking, comparing notes, and arriving at some explanations that give the lie to past explanations. As Brown (2000: ix) notes, ‘[o]ur research miscarriages are fewer as we have collectively learned how to conceive the right questions’. Nothing is taken as gospel; nothing is thrown out of court without being put to the test. This “test” may always change its mechanics, but the fact remains that the changing winds and shifting sands of time and research are turning the desert into a longed-for oasis.

Tweet
More in this category: « “Why can’t a woman be more like a man?” Νέα τάση στη διδασκαλία της ξένης γλώσσας ή απλά ανάγκη; »
back to top

Guiding Students to Discover the Beauty …

The Importance of Student Choice Across …