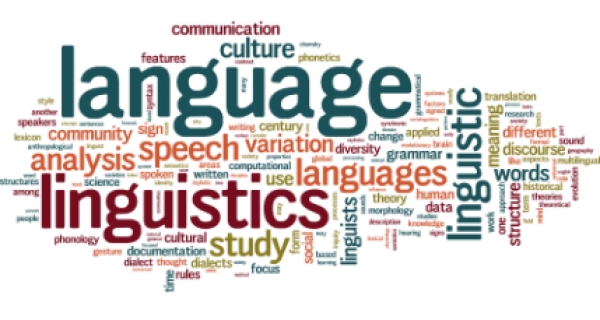 As a science, linguistics must fulfil some scientific prerequisites. First, it must have a subject matter. Language is said to be a subject matter of Linguistics. As a subject matter, a language must be clearly and explicitly defined. Before analyzing a language,  some linguists define a language in different ways. Take for example, Finocchioro who defines a language as a system of arbitrary, vocal symbols that permit all people in a given culture, or other people who have learned the system of that culture, to communicate or to interact. Thus, the scope of analysis is based on the clearly and explicitly defined subject matter. This is to say that every thing beyond the scope such as gestures/bodily movement will be ignored. So explicitness in defining the subject matter must be conducted in order that  we know what must be studied/analyzed and what must be left.

Third, the result of observation and/or investigation must be systematically arranged. This must be conducted as an effort to show relationship within the subject matter. This is also meant to make the readers easy to read and study. Thus systematicness is also needed by linguistics.

Language analysis for the sake to develop linguistics is done systematically within the framework of some general theory of language structure. The linguist tries to verify the theory by making objective observations of actual language data and modifies the theory in the light of what he perceives to be patterns or regularities underlying the data.

Some branches of linguistics are as follows:

Branches of linguistics in relation to the other fields of study:

The concepts of the braches of linguistics are presented as follows:

Phonology, on the other hand, is essentially the description of the systems and patterns of speech sounds in a language. It is, in effect, based on theory of what every speaker of a language unconsciously knows about the sound patterns of that language. This study regards the speech sounds as having functions to differentiate meanings.

Morphology is the study of analyzing the expression system of a language which is concerned with the identification of morphemes and the ways in which they are distributed or combined into longer utterances or morphological constructions.

A major factor in sentence interpretation involves a body of knowledge that is often called pragmatics. This includes the speaker’s and addressee’s background attitudes and beliefs, their understanding of the context in which a sentence is uttered, and their knowledge of the way in which language is used to communicate information

All of us, may have known that the various efforts for improving approaches, methods and techniques have been done. The English Teaching Curriculum has been changed or improved from time to time. The various supporting books and textbooks have been written by many writers and those are published by the various publishers. Now, we can ask ourselves: ”How is the result of English teaching in our schools?”, or ”Does it make us our school students have good competence and performance in using the language?” Our empirical experience shows that many students fail in their English learning and that they regard the language as the difficult subject to learn.

Starting from the assumption, the students are not motivated in learning English untill they have a good mastery of the language. They tend to be aphatetic in attending the English subject. As a consequence, their learning achievement is not satisfactory.

Who is wrong in our English teaching, our students, our teachers or others?. Of course, we will not find ”who are wrong and what is wrong” in the failure of our English teaching. Because, in fact, when we want to evaluate an educational undertaking, many factors or variables have to be considered. In English teaching, there are teacher, learner, and socio-cultural  factors.

Linguistics is important for language teaching because linguistics and language teaching can be likened to the relationship of knowledge about engine and the skill in driving a car. It will be better for the driver to supported with some knowledge about the car or the engine so that he can drive it well and know how to overcome some engine trouble in case he has to face it. In the same way it will be better if a language teacher has some knowledge about, for instance, the characteristics of language in general and the specific language he is teaching in particular. In this relation, he should know how language works and express meaning, and what structures are used in the particular language he is teaching. He should get familiar, for instance, with the theory about the general mechanism of producing speech sounds, so that he will be able to tackle any pronunciation problem his students may encounter.

By studying linguistics he will have deeper insights into the nature of language, and act accordingly in teaching the language. For instance, when he agrees that the use of language is a matter of habits and practice, in teaching it to his students he must implant the habit of using it for communication until it becomes deeply established.