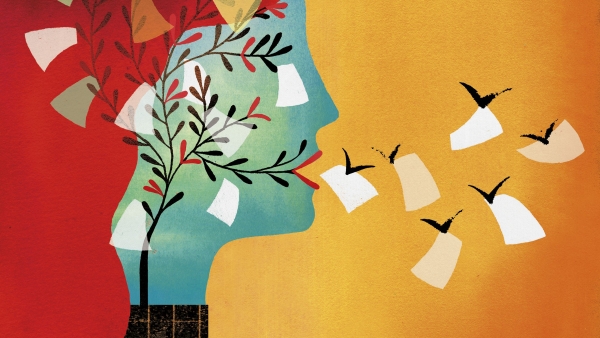 When done right, lectures remain an invaluable tool for building student knowledge. Here’s the research on how to optimize your time in front of the class.

“Lecture is not a dirty word,” writes education professor Jess Gregory, pushing back on the idea that only student-centered learning has merit. While it’s true that lengthy, uninterrupted “sage on the stage”-style monologues are increasingly outdated, guiding students toward specific learning goals by using a whiteboard and prepared notes is often the most efficient means to build content knowledge and tackle complex topics. It’s really a matter of getting the right pedagogical mix.

There is a sweet spot, according to the research. In a large-scale 2017 analysis of PISA scores for over half a million students, researchers concluded that “the students with the best outcomes receive a blend of inquiry-based and teacher-directed instruction,” with direct instruction making up a slightly greater part of a successful learning mix. Meanwhile, a 2014 study found that when students attended classes that emphasized traditional lectures, they were 1.5 times more likely to fail the course than their peers in classrooms that buttressed lectures with a diverse range of activities such as low-stakes quizzes, group discussions, and projects.

While direct instruction and lectures are not entirely synonymous—teachers impart knowledge directly during group activities and demonstrations, for example—the lecture remains a useful mainstay of direct instruction in classrooms around the world. Still, lectures have some obvious drawbacks: They can rapidly become boring or overwhelm students with information, causing them to lose focus and tune out. Here are eight tips to make your lectures more engaging, and the material more memorable, based on the research.

It’s hard for students to engage with your lecture if they can’t make sense of it to begin with. In a 2019 study, researchers discovered that student comprehension of a topic was severely hampered if they didn’t meet a “knowledge threshold”—being unfamiliar with 59 percent of terms in the topic resulted in “compromised” comprehension.

A simple review of key vocabulary terms and concepts before the lecture is a useful scaffold, but there are more structured ways to bolster background knowledge. Before jumping into new material, Jeanne Wanzek, a former elementary school teacher and current professor of education at Vanderbilt University, suggests a “comprehension canopy,” a review activity that involves making connections to previously covered material before posing a broad, engaging question that hooks students. You can also show an introductory video to help build interest in a topic, and then debrief with a short discussion before jumping into your lecture.

Finally, pretests are surprisingly effective, a 2018 study shows. When students are quizzed before they’re exposed to new material, they make the kinds of productive mistakes that pique curiosity and lead them to seek out the correct answers as the lesson unfolds.

The longer you talk, the more students will struggle to pay attention. In a 2016 study, researchers concluded that elementary students were unable to focus for more than 10 minutes. Middle and high school students can hold on a little longer, but a landmark 2011 study reveals the same linear relationship between time and retention: Material presented earlier in a lecture is retained more reliably than material presented later.

Brief brain breaks—such as a short bout of exercise, a mindfulness break, or a fun off-topic activity to stimulate conversation—can reset students’ attention and provide space to process new learning.

Such breaks are more fundamental to learning than we assume. In a 2021 study, neuroscientists at the National Institutes of Health concluded that “‘much, if not all’ skill learning occurs offline during rest rather than during actual practice.” After learning a new skill, downtime allows the brain to process the information, resulting in improved skill acquisition and memory consolidation. Instead of cooling off, brain activity actually spiked during breaks: The researchers observed a 20-fold increase in neural activity between the hippocampus and neocortex, brain regions responsible for memory and higher cognitive functioning.

3. CHECK IN TO MAKE SURE YOU’RE GETTING THROUGH

You can try quick dipsticks like the popular Muddy Moment, during which you ask students, “What about this information so far frustrates or confuses you?” or ask students to use hand gestures like an up, down, or sideways thumb to signal their understanding of a concept.

Brief, low-stakes quizzes are also extremely effective. In a 2014 study, middle and high school students who took practice tests shortly after a lesson scored an average of 18 percentage points higher than their peers who didn’t—the equivalent of almost two full letter grades. When quizzing, it’s better to get all students to respond and to ask a mix of questions, ranging from factual to higher-order complex ones, researchers suggest in a 2013 study, because “repeatedly asking the same type of questions might intimidate students”—or bore them.

It’s easy to fall victim to the curse of knowledge, writes high school teacher Christopher Reddy. You may be an expert in the subject you’re teaching, which can lead to assumptions about the clarity of your lessons. Try putting yourself in the shoes of your students, and explicitly walk them through connections that may be obvious to you.

Every new concept requires students to grapple with new vocabulary, connect the information to previously learned material, and then formulate a coherent view of the topic. “A major threat to learning during lecture is cognitive overload, which occurs when the cognitive demands of the situation exceed students’ cognitive capacities,” explains psychology professor William Cerbin in a 2018 study, pointing to the “sheer volume of new information in lectures” as a common source of strain.

Students will follow your lecture at different paces—many will still be mulling information as you introduce a brand-new concept—so avoid going too fast, and build in pauses to let them catch up, ask questions, finish their notes, and process the material.

Traditional lectures can create a bottleneck, says high school math teacher Kareem Farah. “One size does not fit all in learning; there’s no replay, rewind, or fast-forward button in a lecture; and a large group of students are all dependent on one teacher to access learning.”

So instead of lecturing in front of his class, Farah creates his own instructional videos. Because student engagement drops after the 6-minute mark, he chunks videos so that each one covers a single learning objective or task, and to ensure that students aren’t just passively watching his lectures, he embeds questions throughout the video using Edpuzzle.

Farah’s approach—which can be used to replace or merely supplement in-class lectures—is based on a large body of research showing that instructional videos have a significant impact on student learning, largely because they are flexible and self-paced. In a 2022 study, for example, researchers discovered that the presence of a simple pause button on a video may “prevent cognitive overload if the complexity of the video increases.” Meanwhile, a 2021 study found that while in-person lectures were often riddled with digressions and distractions, videos were condensed and thus “more time efficient.”

Lecturers can become too reliant on words—a mistake that may lower engagement and comprehension. Sprucing up your lecture by presenting information in multiple ways, such as verbally and visually, can help students see connections more clearly. Imagine trying to explain how an engine works without a visual aid: What may take a few minutes to explain verbally takes a few seconds with a diagram. In a 2015 study, students who listened to a physics lecture and were given visual aids scored nearly 70 percent higher on a follow-up test than their peers who listened to the lecture without the visual aids.

In addition to visual ways of representing information, you can also organize lecture information in different ways to boost student understanding. For example, while a model of the solar system can help students remember the order of planets, an anchor chart can serve as a reference point to help students learn the differences between terrestrial planets, gas giants, and ice giants.

7. RELATE THE WORK TO STUDENTS’ LIVES

Students are more receptive to lectures when they see their backgrounds and cultures reflected in the materials used in class.

In a 2019 study, researchers discovered that Black students were more responsive to lectures when the materials included clear references to Black people—leading to academic performance that was almost a full letter grade better than that of their Black peers who were exposed to materials that focused on White people. A 2014 study, meanwhile, demonstrated that a lack of diversity in the role models featured in school signaled who did and didn’t belong, revealing a blind spot that had “far-reaching consequences for students’ educational choices and achievement.”

Before lecturing, audit your prepared materials and consider whether they reflect the diversity of your classroom. You can use a student interest survey to determine student passions and then incorporate relatable materials into your lecture—articles, song lyrics, speeches, or short video clips, for example.

Be careful with tone and disposition: Projecting an authoritative demeanor can come across as aloof and cause kids to tune you out. Students prefer teachers who have an authentic, conversational style, a 2017 study finds, and passion for the material goes a long way. Not only do students report richer, more meaningful learning in these environments—they’re also more willing to invest time and effort into a lesson, stepping outside of their comfort zone to engage with the material.

Being authentic is more than just being yourself, however. It’s also about signaling to your students that you care about their well-being. Avoid treating lectures as merely a transfer of information, and focus on making plenty of room for your common humanity: Promote dialogue, take brief breaks to relax together, ask questions about how students feel as you progress through lessons, and show concern if they struggle. “The process of teaching authentically need not be more complicated than making simple and direct statements regarding the level of concern and care that a teacher holds for their students,” the researchers say.

Tweet
More in this category: « How to Create an Inspiring Poetry Recital Unit “Καμπούμ” – εκπαιδευτικό παιχνίδι που λατρεύουν τα παιδιά »
back to top