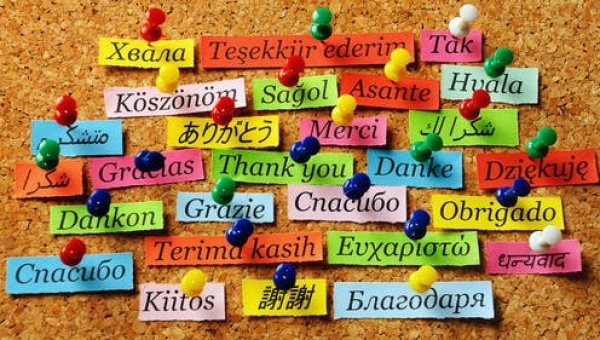 Languages like Japanese, Korean, Turkish, and the indigenous languages of the Amazon, East Africa, and New Guinea build sentences in a way that lets them grow to an enormous length.

Our research shows learning one of these languages may help children create complex sentences that express multiple ideas at a younger age.

Two ways to tell a story

Try recounting what you did this morning, or telling a story, and chances are you’ll use a series of several sentences:

This morning, I woke early. I dressed and ate breakfast. I gathered my things, said goodbye to my family, and they waved goodbye to me. Then I drove to work.

In English, the simplest sentence, or “clause”, is just a subject plus a verb (“I dressed”). You can also join two clauses into a sentence using words like “and” or “while”, but it’s unnatural to join more than about three clauses into one English sentence.

But in many languages across Central Asia (from Turkish to Tibetan, Mongolian, Japanese, and Korean), and in many indigenous languages of the Amazon, East Africa, and New Guinea, stories can take the form of one long sentence. These sentences look more like this:

Waking up early this morning, dressing, making breakfast, eating, washing the dishes, gathering my things, saying goodbye to my family, they waving goodbye to me, I drove to work.

These long sentences are known as “clause chains”. Unlike in English, where most of the clauses in a story would make sense if you spoke them outside the story (“I dressed”), all but the very last clause in a “clause chain” are abbreviated – they can only function in a clause chain.

“Dressing” or “making breakfast” sounds unfinished on its own, and only the final verb of the clause chain tells you whether the events are happening in the past, present, or future.

Clause chains are special because they can be extremely long, pushing the boundaries of what we consider “sentences” in English. Chains of more than 100 clauses have been recorded.

Non-native speakers may have trouble keeping track of who is doing what in clause chains. One linguist who studied a language of the Himalayas (where many languages use this type of sentence) color-coded clause chains in her notes to keep track of the plot.

In some languages, especially of the Amazon and New Guinea, there’s a further twist. In each clause of the chain, the speaker has to announce in advance whether a different person is carrying out the action in the upcoming clause (as in “saying goodbye to my family, they saying goodbye to me”).

This is called “switch-reference marking”, and it probably means speakers of these languages have to plan further ahead than speakers of English.

So do kids learning Turkish or Japanese speak in precociously complex sentences, compared with their Anglophone peers? We investigated this for six languages – Japanese, Korean, and Turkish, plus three indigenous languages of New Guinea and Australia (Ku Waru, Nungon, and Pitjantjatjara).

We used a variety of methods, looking at data from different children and from the same children over time. For each language, an expert or team of experts recorded children between the ages of two and about five interacting with their parents, or telling stories in more controlled contexts, like retelling short videos or narrating wordless picture books. The numbers of children studied varied by language: from just three (Nungon) to over 100 (Japanese and Turkish).

It turns out children learning these languages are first able to speak in well-formed clause chains between the ages of two and two and a half. This is around the time that children learning English and French make their first attempts at combining clauses into sentences.

But the English- and French-speaking children generally make some mistakes (for instance, by leaving out conjunctions), or actually express only a single idea across two clauses (in “look at the house that we built!”, there is only one notion: that we built a house).

The children learning the clause-chain languages did not make such errors. What’s more, in most of these languages the children’s early clause chains express multiple ideas.

It may be that the abbreviated verbs used in all but the last clause of a clause chain make it easy for these children to describe complex sequences of events in a single utterance.

So can two-year-old Korean children (for example) speak in 20-clause sentences?

It’s well known that children learning most languages go through an early phase in which their utterances are limited to two words: the “two-word phase”. After this, children don’t proceed to a “three-word phase”. Instead, the progression is from two to “more”.

However, until now no one has thought to ask when children learn to combine more than two clauses into a sentence. This may well be because research on how children learn to combine ideas into sentences has been largely shaped by speakers of English and other languages that lack clause chains. (This shows it’s important for scientists to come from varied backgrounds!)

When we investigated this idea, we found that all children learning languages with clause chains begin by speaking in two-clause chains. So no, kids don’t begin spouting sentences of 20 clauses at age two!

But the “two-clause phase” lasts for as little as one or two months, and after that most children, we studied advanced directly to a “more clauses phase”, in which their sentences include anywhere from two to five or more clauses. A Japanese child recorded a 20-clause chain at age three and ten months, and this may not be unusual.

Although we haven’t yet finished analyzing how clause chains affect adult brain function, suffice to say: if you were to choose to learn a foreign language based on its mind-expanding potential, a language with clause chains might be a good choice!

Tweet
More in this category: « Why does grammar matter? 4 Things to Consider Before Interviewing for Your Next Teaching Job »
back to top