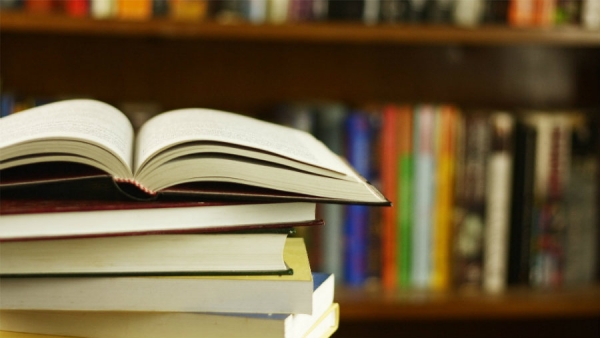 Asking students to create their own questions has a powerful impact on learning. Plus, 5 tips to encourage high-quality questions.

You’ve seen a penny hundreds, if not thousands, of times. But can you draw one from memory?

In a famous decades-old study, adults were asked to draw a U.S. penny without any aids. Although they were confident that they knew what a penny looked like, their performance on the test was “remarkably poor.” And when shown pennies with slightly different characteristics, such as misplaced text or with Lincoln’s portrait facing the wrong direction, few were able to identify the inaccuracies.

It’s a maddening quirk of human memory: We’re often convinced that we know something, but upon closer examination, it’s just an illusion. And this, of course, is no surprise to teachers, who often encounter students who overestimate how well they know a topic.

Understanding how people learn and reliably commit things to memory is what prompted psychology professor Mirjam Ebersbach and her colleagues at the University of Kassel to study how students prepare for an exam, and what strategies yielded the optimal improvements in student learning.

One week later, all of the students took a test on the material. Students in the restudy group scored an average of 42 per cent on the test, while students in the testing and generating questions groups both scored 56 per cent—an improvement of 14 percentage points or the equivalent of a full letter grade.

“Question generation promotes a deeper elaboration of the learning content,” Ebersbach told Edutopia. “One has to reflect what one has learned and how an appropriate knowledge question can be inferred from this knowledge.”

Why is generating questions so effective? Past studies reveal that learning strategies that require additional cognitive effort—retrieval practise, elaboration, concept mapping, or drawing, for example—encourage students to process the material more deeply and consider it in new contexts, generating additional memory traces that aid retention.

Yet the most commonly used strategies are also the least effective. In the study, students filled out a survey identifying the learning strategies they typically used when studying for exams. By far, they said that taking notes and restudying were their go-to strategies—a surprisingly common finding that’s been regularly reported in the research. Less than half as many mentioned practice tests, and only one student among 82 mentioned generating questions.

Passive strategies such as rereading or highlighting passages are “superficial” and may even impair long‐term retention, Ebersbach explained. “This superficial learning is promoted by the illusion of knowledge, which means that learners often have the impression after the reading of a text, for instance, that they got the messages. However, if they are asked questions related to the text (or are asked to generate questions relating to the text), they fail because they lack a deeper understanding,” she told Edutopia.

That lasting “impression” of success makes it hard to convince people that rereading and underlining are, in fact, suboptimal approaches. They register the minor benefits as major improvements and hold fast to the strategies, even when the research reveals that we’re wrong.

GETTING STUDENTS TO GENERATE PRODUCTIVE QUESTIONS IN CLASS

While generating questions is an effective study strategy, it also can be adapted into a classroom activity, whether online or in person.

Here are five ideas to incorporate student-generated questions into your classroom.

Teach students how to ask good questions: At first, it can be difficult for students to generate their own questions, and many will start with a simple yes/no or factual prompts. To encourage better questions, ask students to think about and focus on some of the tougher or more important concepts they encountered in the lesson, and then have them propose questions that start with “explain” or that use “how” and “why” framing. Direct your students to road-test their questions by answering them themselves: Do the questions lead to longer, more substantive answers, or can they be answered with a simple “yes” or “no”?

A bonus: Students who propose questions and then answer them to test their soundness are also relearning the materials more deeply themselves. Very sneaky.

Play Jeopardy!: Research shows that active learning strategies, such as using the format of the popular game show Jeopardy! to review concepts, not only boosts student engagement but also increases academic performance. You can involve students by asking them to write the questions themselves.

To create the game, specialized software isn’t even necessary: The researchers in the study used the wiki feature in the class’s learning management system to create a 6x5 table with each cell containing a question. Similarly, you can use PowerPoint or Google Slides to create the Jeopardy! game grid. Here’s a handy template.

Have students created their own test and quiz questions: Is it cheating if students write the questions to the exam? In a 2014 study, researchers evaluated a strategy whereby students not only developed the learning materials for the class but also wrote a significant part of the exams. The result? A 10 percentage point increase in the final grade, attributed largely to an increase in student engagement and motivation. Popular tools like Kahoot and Quizlet are fun and convenient ways to create quizzes, no matter if your classroom is in person, hybrid, or virtual.

Improve class-wide discussions: In a 2018 study, students were asked to write questions based on Bloom’s taxonomy; questions ranged from lower-order true/false and multiple-choice questions to challenging questions that required analysis and synthesis. The students not only enjoyed the exercise—many called it a “rewarding experience”— but also scored 7 percentage points higher on the final exam, compared with their peers in other classes.

Use some class time to identify the characteristics of higher-order questions; then collect student questions and discuss some of the more challenging ones as a group.

Get at ‘driving questions’: For Andrew Miller, a former high school teacher and current administrator at an international pre-K–12 school, taking a page out of project-based learning and asking students to create driving questions—such as “Why do leaves have different shapes?”—not only enhances their understanding of the topic but also “creates interest and a feeling of challenge” that can draw in even the most reluctant students.

By Youki Terada for edutopia.org

Tweet
More in this category: « Teaching Drama in Distance Learning 4 Strategies for Implementing Standards-Based Learning »
back to top