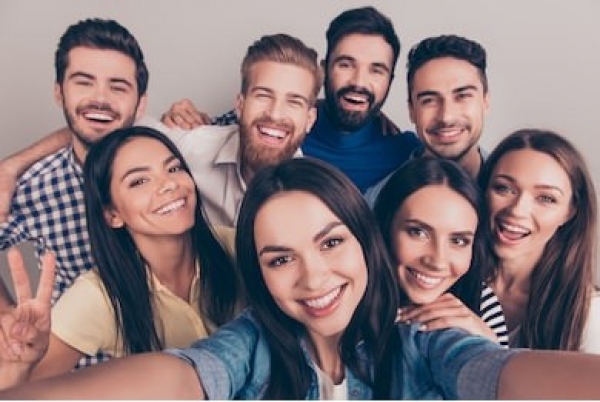 The open-ended work in project-based learning can help students explore issues that matter to them.

My objective, as an educator, is always to enable students to discover themselves—and, in doing so, help them gain the knowledge, skills, and courage to understand and improve the human condition.

I believe that almost all social problems can be traced to a lack of education and empathy and that 21st-century educators must work to combat ignorance and injustice.

With this objective in mind, I recently designed a project focusing on racial and social justice called “Light Up the Darkness.” During the school year, my students studied history and literature through the lens of injustice. They learned about topics ranging from medieval feudalism as a system of oppression to the work of Charles Dickens as a literary protest against economic injustice. In the spring, we brought these themes together, diving deep into student passions through project-based learning.

Then, along with the lockdown for Covid-19, came the killings of Ahmaud Arbery, Breonna Taylor, and George Floyd. If students hadn’t previously felt an urgent reason to care about racial and social justice, they did now.

I decided to give my students options: work independently or with a partner. They could study race, gender identity, Islamophobia, sexism, class struggle, immigration, homelessness, or mass incarceration; they could also propose any other topic related to oppression and inequity. We spent the first-week exploring issues and resources and discussing ideas.

Then students chose topics, articles, poems, songs, documentaries, and books. Some students chose fiction: The Hate U Give, Speak, Internment, and Dear Martin were popular. Most chose nonfiction: Just Mercy, The 57 Bus, and Stamped were the top choices. They read newspaper articles and watched TED Talks and Vice News reports, as well as many powerful documentaries, including True Justice and Girl Rising. They read “The New Colossus” and listened to Tupac.

As they learned, they talked. They talked with friends and classmates, with me and their families, and with community members. Some attended protests. What might have been a trivial “What did you learn in school today?” turned into a powerful discourse on injustice and the human condition.

“Light Up the Darkness” has four key products: a two-voice poem, persuasive art, a book project, and an argumentative essay.

Two-voice poems: Some students were already familiar with two-voice poems, but as an introduction we watched a Common Grounds slam poem performed by Amina Iro and Hannah Halpern and read “Two Women,” a poem by an anonymous woman caught in political chaos in Chile in the 1970s. Students gained a deeper understanding of experiential angles and ideological nuances.

Persuasive art: Next, students worked on propaganda art, which we defined as work meant to be persuasive and influential; it’s biased but not necessarily misleading. They analyzed works by Shepard Fairey and other historical and contemporary grassroots artists. Their work took many forms, but the consistent theme was social justice. Some students created persuasive infographics or protest posters, but most created fine art that focuses on action. This ranged from ending mass incarceration to empowering young women. Some students used current movements and events, while others relied on their newfound critical understanding of history.

Open-ended book project: Later, students completed an open-ended book project, with a menu of options available to guide their creativity. Some wrote and performed raps, others baked cakes; some took photos at protests, and others created intricate Lego builds. I wanted students to feel free to authentically express their learning, specifically around their book choice. By this point, students were taking complete ownership of the project.

Argumentative essay: The final product was a 1,000-plus-word argumentative essay with a thesis, citations, counter-argument, and rebuttal. Rigorous writing assignments can be challenging for young teens, but as I worked with each student on their essays, I witnessed something amazing: Their sense of justice and empathy, along with their new knowledge, skills, and courage, was on full display.

Now, with the tables turned, it was my time to learn, and I did. One essay used research to show that mass incarceration was not the result of a spike in criminality but instead the product of systemic racism. Another showed that even the most well-intended “colorblindness” does nothing to expedite our progress toward racial justice.

This project had a beginning, but it never truly ended. My students and their families told me that they didn’t think this type of learning was possible at school. They said the work felt raw and relevant.

Tweet
More in this category: « Teaching a More Expansive View of Women’s Suffrage How to Align Your LMS With the Science of Learning »
back to top