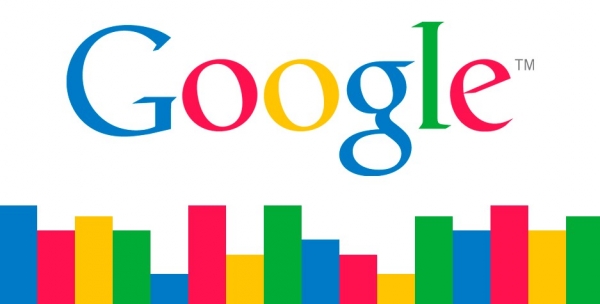 For the past few years, Apple has enjoyed a stranglehold on the education tablet market. With the launch of the iPad 2 several years ago, Apple swooped into the education arena, leaving everyone else behind. Its app store boasts thousands of educational titles across the content area, and the platform has integrated iTunesU and iBooks Author as a digital academic content creation tools. However, the tide is starting to turn. The tablet market is now flooded with devices comparable to the iPad, and the Chromebook, in its many forms, has become a serious contender to Apple's reign.

However, this post is not about devices, but about how Google's recent foray into the education arena is starting to make sense in an educational context. To start, I'll share an example from the school district where I am currently working as director of technology.

Listening to the Students

This summer we transitioned our mail system from FirstClass to Google Apps for Education. The transition also provided an email address for all students K-12. The next phase was selecting a device that would work best in a non-1:1 environment. After integrating the Google Apps for Education suite, and taking into account the new requirements for PARCC, device cost and management, the Chromebook just seemed to work.

Along with Chromebook integration, we started to look at the potential for integrating Android tablets. I had the opportunity to try out a Nexus 7 and allow several students to use the device for a few days. Our middle school and high school students seemed to like the Nexus 7 in comparison to the iPad. One of the reasons was the form factor and the ability to really own the screen space. Students liked the ability to take notes on Google Docs or Evernote and have a narrower form factor in comparison to a slightly wider iPad Mini.

When considering screen real estate and navigation, the Nexus 7 won out again. Students liked the ability to see an "at a glance" view of their applications via widgets. In comparison, navigating the iPad Mini requires opening and closing apps or "swipe navigating" through open apps. The Android platform allows users to add calendar widgets for class, extra-curricular and homework schedules as well as quick access to Gmail, Docs and news feeds.

In the classroom, students did not venture too far into the Google Play app store, but primarily used the Google apps for education along with apps such as Edmodo, Evernote, Notability and Explain Everything. Overall, students liked the ease of typing on a device that was "kind of like a big cell phone." However, when it came to larger assignments -- essays, research papers -- students preferred to have a Bluetooth keyboard on hand.

When considering tablets in the classroom, teachers should definitely begin to consider the Nexus 7 with Android OS. With tablets, it's not about the vastness of the app store, but rather about the ease of use and integration into a student's academic schedule. For elementary students, the Nexus 7 might be a challenge to operate. This is where, in my opinion, the iPad wins out. In working with children ages 2-6, the iPad's esthetic and OS have a more familiar and visually appealing design in comparison to Android OS. However, as I moved up the grade levels, students preferred a Nexus 7 tablet or Chromebook.

As I mentioned in my last post, digital learning should never focus on hardware or a specific platform. Instead, it should focus on the learning goals and outcomes, and using the best technology available to reach them. We've arrived at a point in educational technology where the devices, along with a viable wireless infrastructure, can assimilate to most academic environments. Applications run seamlessly across operating systems (unless of course, you decide to use iBooks Author or iTunesU) and integrate into most classroom digital workflows. As we leave 2013, it's safe to say that the cost of devices, especially tablets like the Nexus 7 and laptops such as the Chromebook, is making it easier for schools to provide access to digital learning opportunities for more students. We still haven't reached a place where ubiquitous digital learning can happen in every school, but we're getting closer.

Tweet
More in this category: « Building Relationships Through Letter Writing How to Create a Calm Learning Environment for Preschoolers »
back to top