Making Sense of Words That Don't 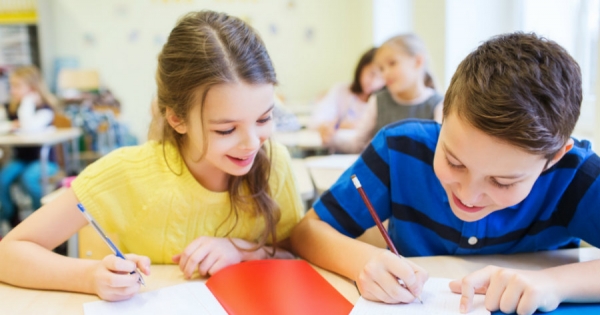 Introduce your students to the world of etymology and morphemes as they become linguistic detectives solving the mysteries of those puzzling "sight words."

Sight words. Demon words. Red words. Irregular words. Maverick words. There is a lot of instructional time spent teaching students to memorize words that do not seem to "play fair" or are just plain crazy. What would you think if I told you there was a way to teach the sense for what has been long taught as nonsensical? Would you read on?

For the purposes of this post, I'll define a sight word as a word that does not have a readily obvious sound-to-symbol correlation. The fact is that our written language is morphophonemic, which means we cannot pronounce a word until we know what phonemes the graphemes are representing within a morpheme, and we must consider the history (etymology) of the word. So if you look deeper, you will see that these words are perfectly sensible. You just have to know how to find the sense.

It will take only two words to demonstrate this concept. Think about the words does and goes. We can all agree that these words are taught as irregular words which need to be memorized for reading and spelling. But if we look for their morphemes, something remarkable happens. Does and goes reveal themselves as regular after all, presenting the perfect opportunity to explain that the way we pronounce words changes over time, but the spelling does not. 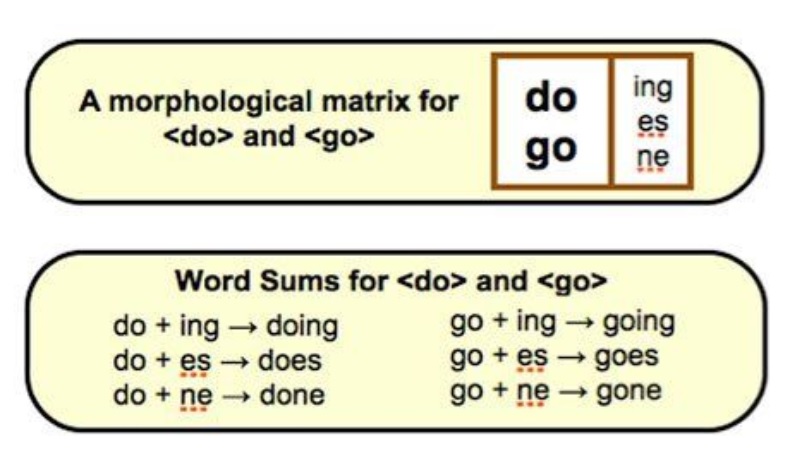 Linguistics is a science, and orthography should be taught that way. Our students should be taught to seek evidence for particular spellings and pronunciations. Let's investigate the word two. The first thing a student should do is come up with a scientific hypothesis about why this word contains the letter w and then go in search of the evidence. Sooner or later, they come up with this evidence: the w is there to mark the relationship of the word two with twice, twin, between, twenty, twilight, and so many more. Here is a graphic of the investigative process:

First, there must be a conversation about what the word means. We have to instil in our students that our written language is based on meaning in addition to phonology. So having a student "sound out" a word will not work in many instances, and we brand those as sight words. Let’s use the word people to illustrate how to teach sight words.

After reaching a consensus about the meaning of the word, it's time to check out its history or etymology at Etymonline. There you will learn that people is derived from the Latin populous. This is a great opportunity to talk about how many English words started as Latin words. Invite the students to pose a hypothesis (with some guidance, of course). "Is it possible that the o in people is there to mark its connection to populous or population?" It's certainly plausible since they share meaning. Lo and behold, a quick trip to Etymonline confirms that the population is related to people. Aha! That's why that pesky o is in people. It's not crazy at all. That letter is called an etymological marker, and yes, our students do understand this terminology when we use it often.

Now that the students understand the spelling of this word, they are more likely to spell it correctly and also be able to read it aloud. Now they can invoke what they know about phonology and pronounce it /pe pəl/.

Lastly, when students come across a sight word or a word that they cannot remember how to spell or read, they now know how to investigate that particular word while learning a little more about English orthography.

Let’s end with the word sign and use visual representation to teach about true word families and how the pronunciation of a word can shift based on its morphological parts. Can you come up with a hypothesis about the job of the letter in a sign? It's important to let the students notice the phonological shifts and announce them to you.

Below are three sample word sums derived from the matrix above:

Students find it so refreshing when they learn that English is not crazy, and when they have the tools they need to do word investigations. They light up when they finally understand that English is an evolutionary language that has evolved over time, but they have to investigate to understand how a word came to be spelled in its current iteration. This is just the tip of the iceberg -- there is so much more that we can share with our students. Here is a great video to kick off Structured Word Inquiry (the official name for this type of instruction) and help you and your students enjoy the journey you're about to take together:

Tweet
More in this category: « Teaching With a Chronic Illness Making SEL Culturally Competent »
back to top