The effect of student tardiness on learning 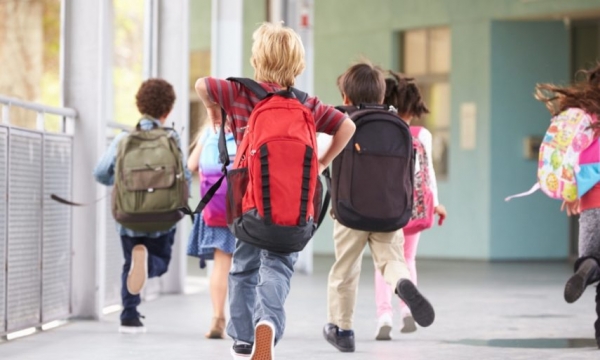 Several studies have shown that school tardiness has a negative impact on learning outcomes.

By the mere nature of arriving late and missing school hours, students receive fewer hours of instruction than students who are in class when the bell sounds.

But not only does a student who is consistently arriving late to school establish bad punctuality habits, their tardiness also disrupts the learning of other students in their classes.

The researchers found that students who are frequently late to school often miss out on important opening announcements and academic activities.

Teachers can become frustrated as late students disrupt instruction, often requiring reteaching of what they have missed. Tardy behavior can also negatively affect the overall classroom environment,' the study says.

Arriving late to school can also mean that students miss out on activities designed to build connections with their peers, potentially impacting their social interactions and creating a greater sense of alienation from their classmates.

So, how can teachers tackle the issue? The report suggests it is generally not helpful for teachers to punish late students once they get to class, because it could potentially aggravate the situation.

There appears to be a lack of empirical evidence that punishment for tardiness yields any positive results,' the study says.

Instead, the authors suggest using praise as a specific positive reinforcement strategy, as it has proved to be effective for addressing problem behaviour.

‘Praise has been recognized as perhaps the easiest modification teachers can make to address students' problem behaviors,' the study notes.

When implementing this strategy, the authors point out that there are several things to consider. Firstly, they suggest using recent school data to identify which students show a consistent pattern of being late. ‘For example, it makes little sense to intervene with a student who had a pattern of tardiness at the beginning of the school year but is currently tardy only occasionally.'

They also note that young students often rely on an adult to get them to school on time, and teachers should be cautious of the fact that the students' tardiness may be a result of parent behavior rather than student behavior. ‘In such cases, intervention may need to be directed more to the parents,' the study says.

At a secondary school level, chronic tardiness can significantly reduce the minutes of instruction for all students enrolled in the class, not just the tardy student.

A US study titled Schoolwide intervention to reduce chronic tardiness at the middle and high school levels found that ‘instructional time lost to widespread tardiness is likely to significantly affect the capacity of the entire student population to meet rigorous academic standards'.

The research suggests that a system-level intervention is required to combat student tardiness, to ensure guidelines are current and consequences for tardy behavior is implemented and effective.

The report recommends a preventative schoolwide plan include the following:

The impact on other students

In his 2014 academic paper – The achievement effects of tardy classmates: Evidence in urban elementary schools – Michael Gottfried explores the impact of tardy students' behavior on their peers.

Gottfried acknowledges that if teachers respond to the educational needs of late students by reallocating regular class time, then other students are adversely affected and classroom instruction is slowed by this disruption.

‘With tardy students entering the school day at abnormal times and potentially missing a large number of cumulative instructional hours, teachers must divert their attention away from regular teaching time and towards remediation,' he says. ‘As such, there are negative effects on achievement generated when one student's actions impede learning for other classmates.'