Kids and Tech: Failure Might Be The Best Option 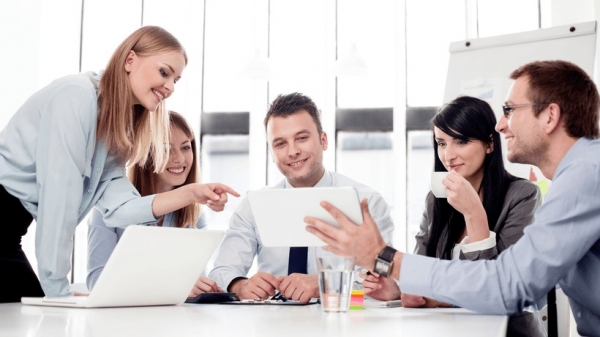 What parent wants their child to fail? Well, when it comes to the use of technology, failure might just be the best option.

In fact, failing early and often provides fertile ground to educate kids around responsible use. The question is how best to handle online transgressions -- and when or if to involve the school?

Take the case of Dharun Ravi, the Rutgers University student found guilty of a hate crime for secretly placing a webcam to spy on Tyler Clementi, his gay roommate, who later ended up committing suicide.

How many missed opportunities were there to educate Dharun Ravi, and who bears the responsibility -- his parents, the school, or both?

The recent, piercing New Yorker profile of Ravi unearths a trail of Ravi's online malfeasance and miscreant postings on Twitter, Formspring and Facebook. In the words of a student who attended a summer camp with Ravi, "he wasn't openly nice to everyone," as reported in the New Yorker.

Ravi lived in an underground kid world online, with no adult guidance and support to redirect his errant, unkind online presence. Now, as a convicted criminal, Ravi's life is forever changed, and because of Ravi's actions, Tyler Clementi's life ended in tragedy.

Or, take the case of a 14-year-old Gloustershire, U.K. boy who posted a sexually explicit video of himself and a 14-year-old girl and then twigged (bragged on Twitter) about it. He was arrested and given a police warning that he will have his Facebook activity monitored. The ages of Ravi (19) and the Gloustershire boy (14) reveal that there are plenty of opportunities to start earlier with education.

Where can and should a school step in and how should parents enlist the support of the school to educate kids around responsible use?

Schools can start by communicating openly with parents when inappropriate behaviour with technology takes place.

In a school with iPads, take the example of the iPad camera and early middle school (grades five and six) kids making a video without the permission or knowledge of the person appearing in the video. The kids think this is innocent fun, but it's actually a matter of privacy and, as the Ravi case demonstrates, could have devastating consequences.

What are the possible steps to a successful learning outcome for the child, the family and the school in the case of an iPad camera being misused by a student?

The school finds out and observes that this is happening.

The school speaks to the kids to let them know that taking videos of someone without their permission is not okay.

The school informs the parent.

The parent speaks to their child.

The parent then communicates back to the school.

The loop is closed, and the lines of communication are open.

The child now knows that the adults are paying attention and communicating effectively with each other. The kid tech culture is now above ground. The child also learns that taking video without the permission of the people involved is inappropriate and does not create safe learning and teaching environment. The parent gains confidence in the school and the school feels a genuine partnership with the parent.

This kind of early failure in the younger school years paves a clear path of open communication, the opportunity to educate the child and the family, and the awareness that actions have consequences and that the intent (having fun and being silly) can have a more lasting, unintended impact (hurt feelings or worse).

Failure can be the best option when it leads to intervention and redirection, before the stakes grow too severe, as they did for Dharun Ravi and Tyler Clementi.

Imagine if the school or Dharun's parents had had the chance to intervene or even learn what he was up to online when Dharun was in middle school.

The more kids "fail" and make poor choices at an earlier age, the better-positioned schools and parents are to help build a safe online culture with kids. The last thing a parent or a school wants is for a child to be left alone and get pulled into an underground kid tech culture, which can quickly spiral out of control.

Schools and parents need to partner when tech failure happens. It's an educational opportunity that shouldn't be wasted.

Tweet
More in this category: « In California, Some Schools Reopen for Vulnerable Students Getting Started With Person-First Language »
back to top